State of the Union

A cartoonist often uses humor to point out the absurd or ridiculous. Which comic device does the cartoonist use to illustrate the amount of media coverage Republican presidential candidate Donald Trump is given?
a) caricature
b) satire
c) understatement
d) hyperbole 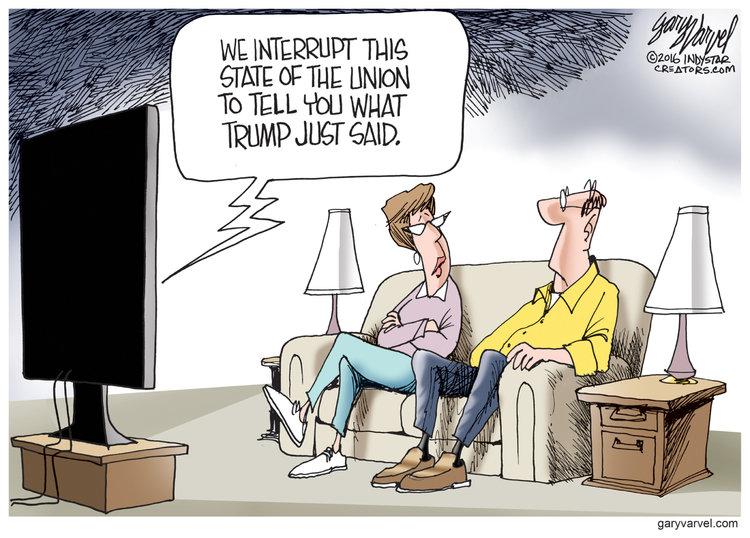 b) satire: satire is defined as: the use of irony, sarcasm, ridicule, or the like, in exposing, denouncing, or deriding vice, folly, etc.