1. Which comic device does the cartoonist use to make his point? Explain your answer.
a) pun
b) parody
c) personification
d) irony
e) caricature

2. Define “snowflake” as used in this cartoon. 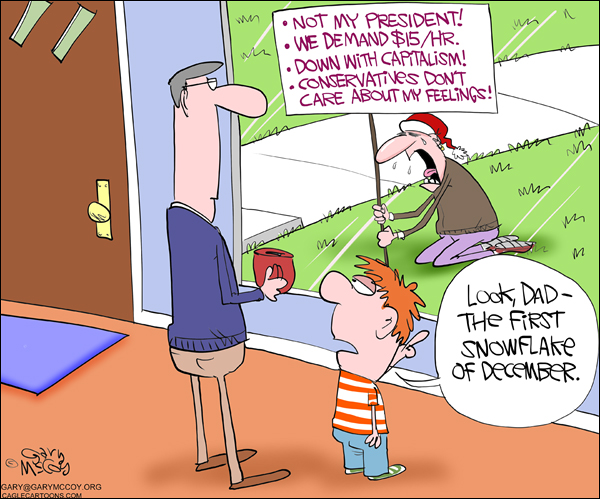 1. a) pun, which is a “play on words” – a type of humor using a word or phrase that has two meanings: The boy is looking out the window pointing to the “snowflake” complaining on the lawn, not the weather condition snowflake

c) personification, which is a figure of speech in which human characteristics are attributed to an abstract quality, animal, or inanimate object.

2. Urban Dictionary describes a snowflake as “an overly sensitive person, incapable of dealing with any opinions that differ from their own. These people can often be seen congregating in “safe zones” on college campuses”.
(For a detailed description, read the wikipedia entry)