Slap on the Wrist

To what recent news item does this cartoon refer? 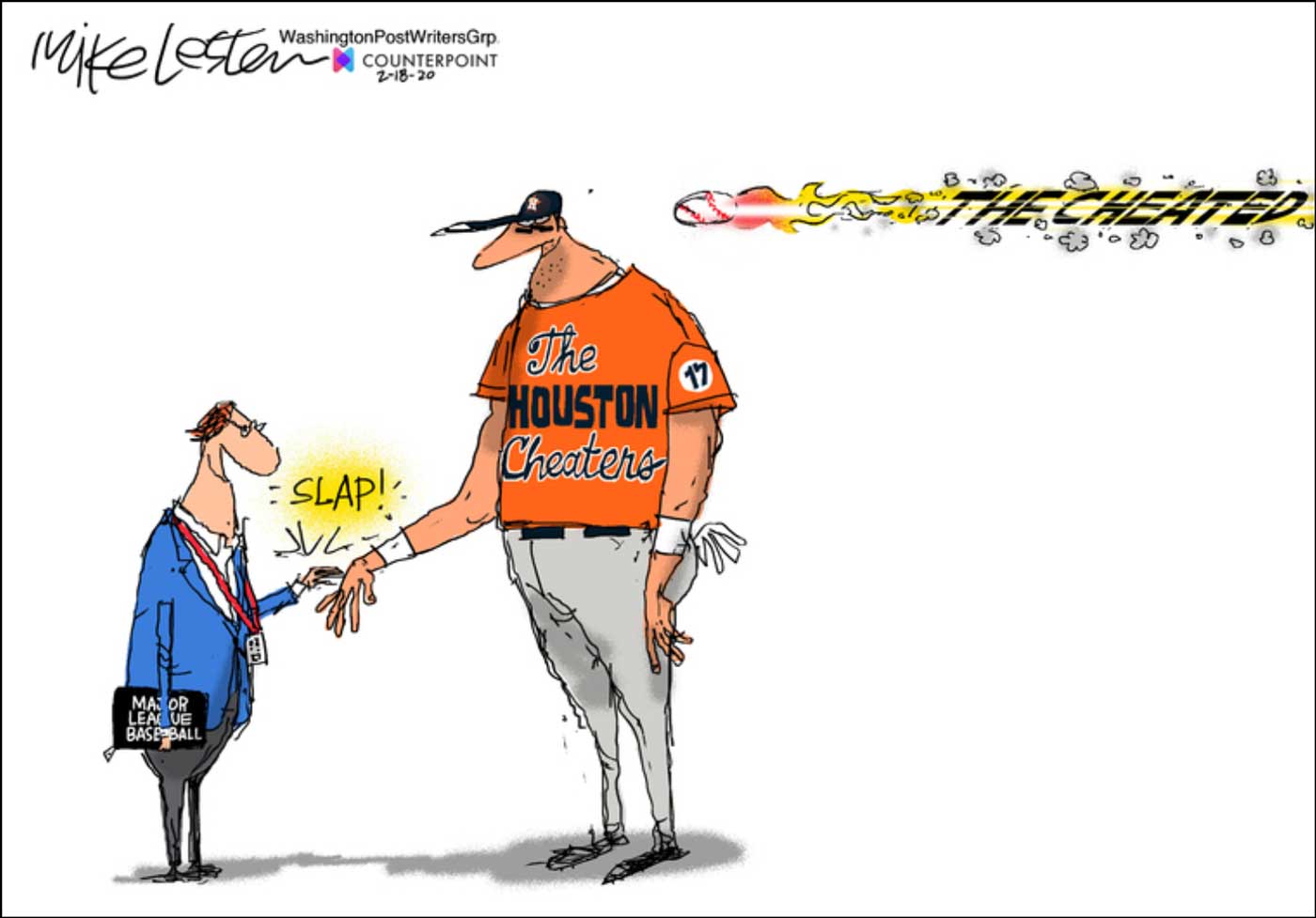 The 2017 World Series champions Houston Astros were engaged in an elaborate sign-stealing plot. Details about the team’s activities were first publicly reported in November 2019.

Members of the Astros organization illegally stole signs of opposing teams using technology during the 2017 and 2018 seasons. For years, other MLB teams had suspected the Astros of stealing signs.

MLB investigated the allegations and in January 2020 confirmed that the Astros illegally used a camera system to steal signs during the 2017 regular season and postseason, during which they won the World Series, as well as in part of the 2018 season. MLB found no evidence of illicit sign stealing in the 2019 season, in which the Astros advanced to and lost the World Series.

MLB announced its discipline of the Astros last month, suspending the general manager and the manager for the entire 2020 season while stripping the organization of four draft picks and levying a $5 million fine.

But none of Houston’s players was suspended or fined, and Baseball Commissioner Rob Manfred had previously announced that MLB had no plans to strip the Astros of their 2017 World Series title — decisions that have drawn widespread criticism from the baseball community, including players from other teams.

One member of the Los Angeles Dodgers after another verbally blasted the Astros and Baseball Commissioner Manfred. The Dodgers, of course, lost to Houston in seven games in the 2017 World Series.