To what recent news story does this cartoon refer? 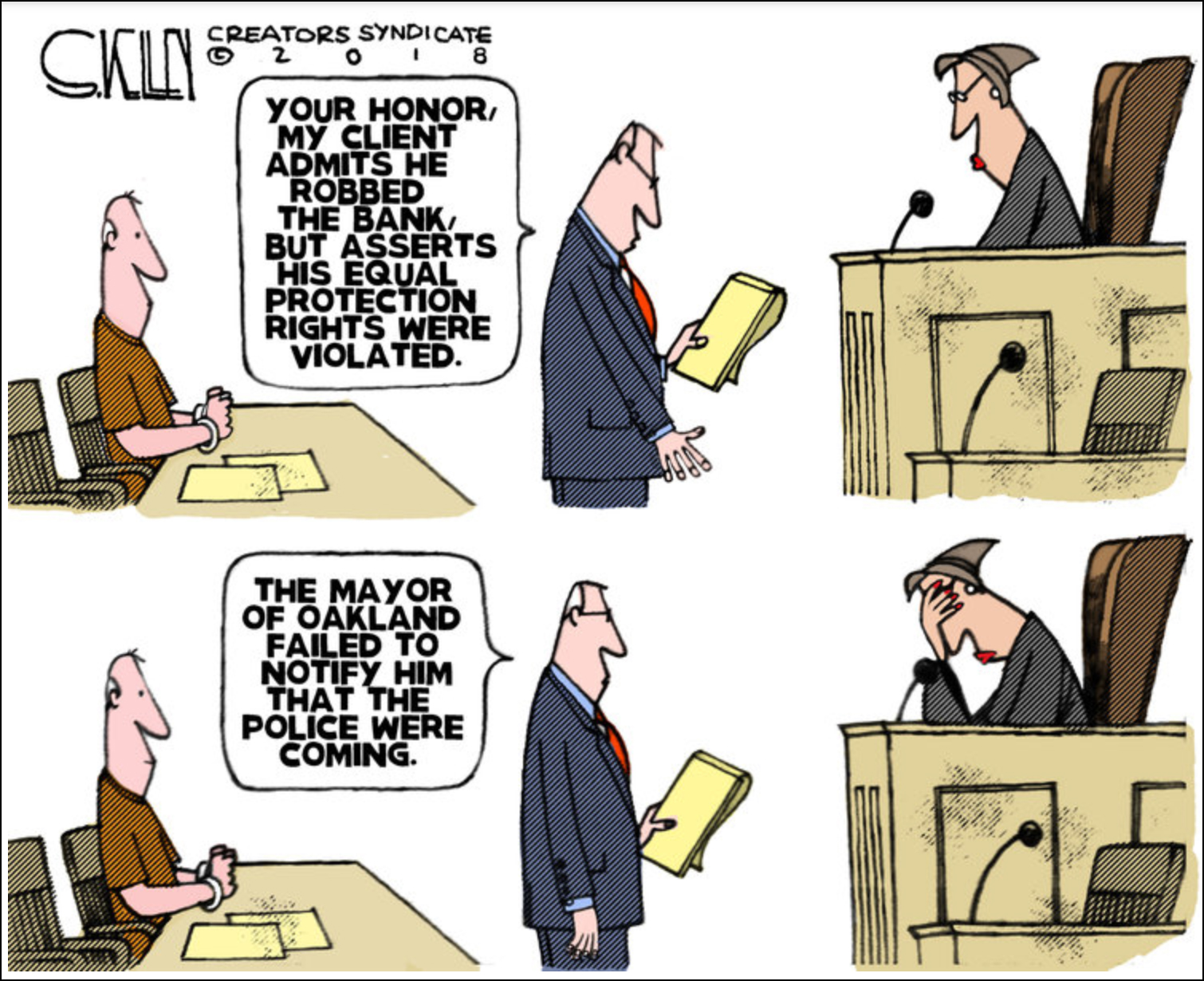 On Saturday, Oakland, California mayor Libby Schaaf issued a warning for illegal immigrants and held a press conference the following day, announcing that she had learned that ICE would conduct operations in the Bay Area. More than 150 people who had violated immigration laws were arrested in Northern California as part of ICE operations that began Sunday. Half of those arrested had criminal convictions, according to ICE.

In the same statement announcing the arrests, ICE Deputy Director Thomas D. Homan slammed Schaaf’s decision to alert the public as “reckless” and “irresponsible.” ICE said that her announcement may have tipped off people with criminal records.

Homan said 864 immigrants with criminal records “remain at large in the community and I have to believe that some of them were able to elude us thanks to the mayor’s irresponsible decision.”