1. A cartoonist often uses humor to point out the absurd or ridiculous. What do you think is the point of Stephan Pastis’ cartoon? Explain your answer.

2. What group frequently in the news today uses this tactic to “express” themselves? 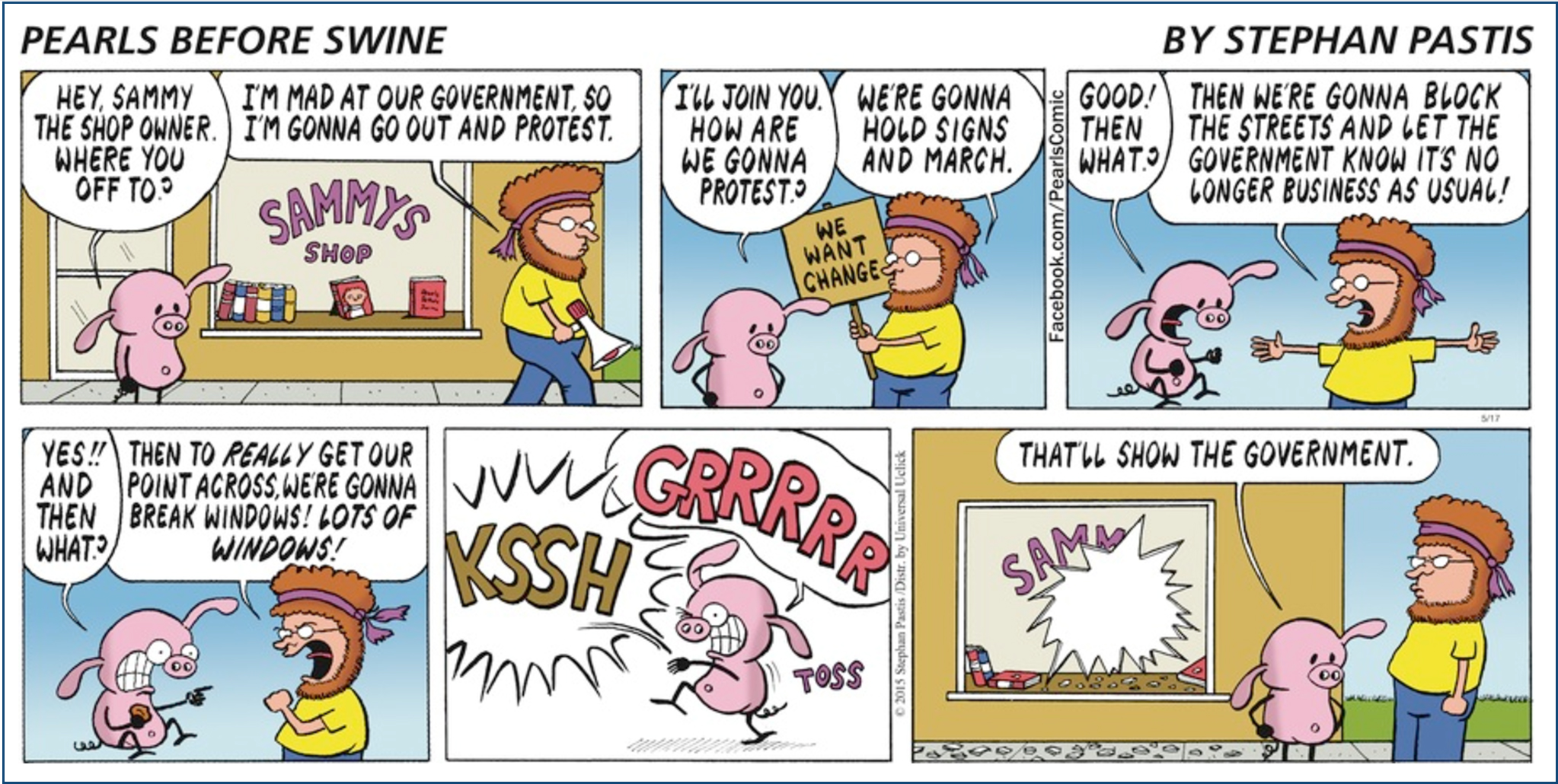 1. It is ridiculous to express your opposition to anything by smashing or destroying property.

2. Antifa (“anti-fascists”) black-clad agitators use this tactic. (In February, antifa ‘protesters’ caused $100,000 worth of damage when they smashed through Berkeley protesting a University of California at Berkeley speech. (DHS in New Jersey has officially listed Antifa as a domestic terrorist organization. From the website: “In the past year, Antifa groups have become active across the United States, employing a variety of methods to disrupt demonstrations.” Also provided is a list of a number of violent disruptions in which members of Antifa have violently attacked free speech advocates.)

Ironically, antifa (anti-fascists) do not permit anyone to express opinions opposite to their own. In reality, the antifa are actually fascists themselves, since they will not allow differing opinions to be expressed.