1. Editorial cartoonists often use symbols to represent a person, group or idea. (the lion is a symbol of courage) What does the donkey symbolize?

2. What is an October Surprise?

3. What is the main idea of Lisa Benson’s cartoon?

4. There has been a long-standing tradition of informal meetings between Senators and the nominee prior to the confirmation hearings in the Senate. The two Democratic senators from New York and at least two other Democratic senators are refusing to meet with Supreme Court nominee Amy Comey Barrett. Ask a parent: do you support the senators’ decision? Explain your answer. 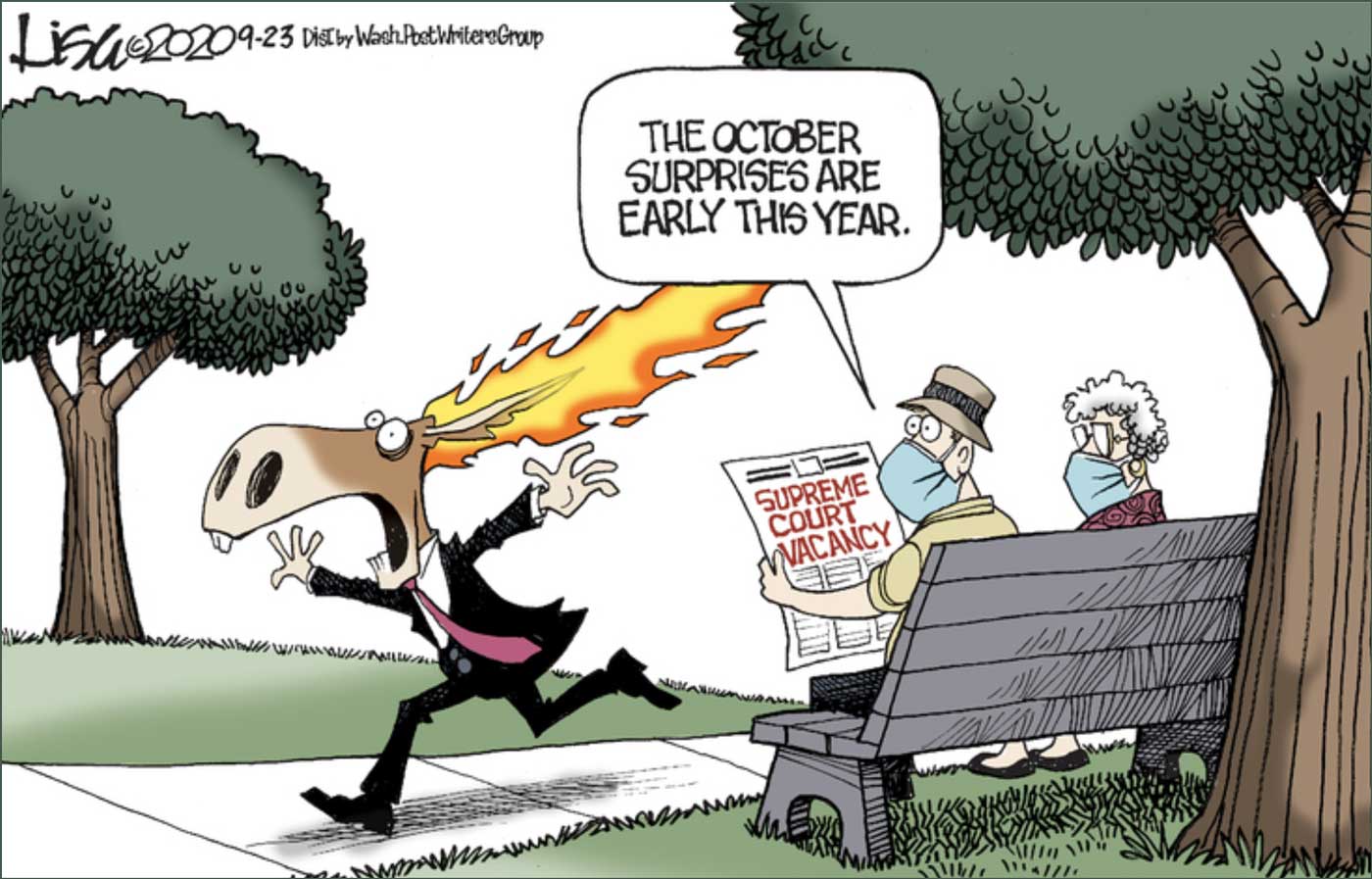 2. An October surprise: breaking news stories in October that have the potential to knock a presidential race off its trajectory and secure victory for one side or the other. (BBC News)

Wikipedia: An October surprise is a news event deliberately created or timed to influence the outcome of an election, particularly one for the U.S. presidency, or [in this instance] sometimes an event occurring spontaneously that has the same effect.

3. Democrats are not happy with President Trump’s Supreme Court nomination.

Supreme Court Justice Ruth Bader Ginsburg’s death in September left a vacancy at the Supreme Court, and gives President Trump the ability to nominate another constitutionalist (originalist) justice.  Originalist judges interpret the law as written; they determine what the original intent was when the founders wrote the Constitution. Trump promised to appoint judges who will interpret the Constitution as written. Republicans generally appoint constitutionalist judges.

Democrats are concerned that the President nominating another justice will tilt the court in favor of constitutionalists, as well as give him a boost in the election.