2. One of the types of humor editorial cartoonists use is irony. Irony is defined as when the opposite of what you expect to happen occurs. Describe the irony in Henry Payne’s cartoon. 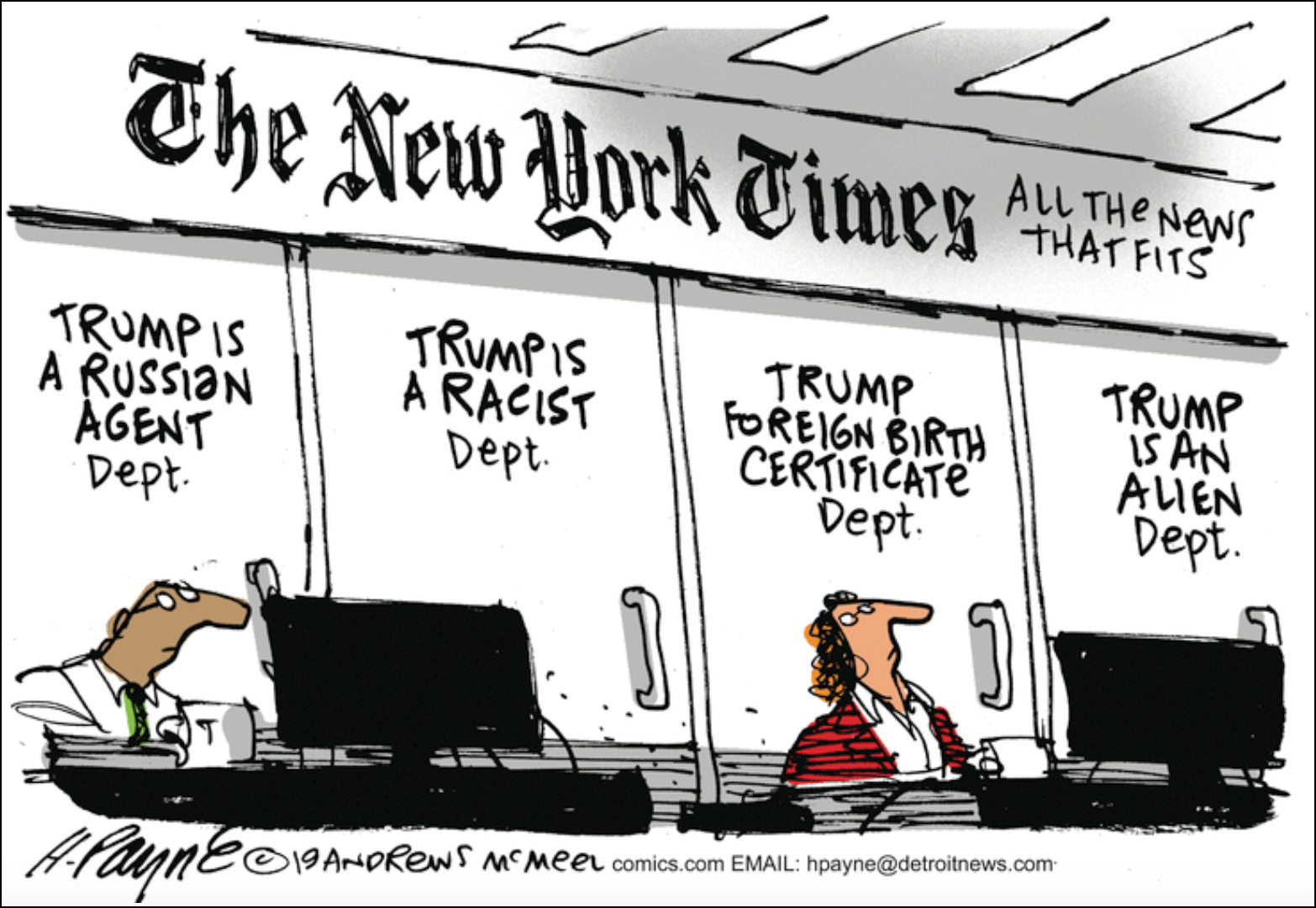 1. Audio leaked to liberal online magazine Slate, from a New York Times meeting with the executive editor and staffers, revealed that the Times focused its reports on President Trump for the past two years on the false “Russia collusion” story – and will now shift its reports on the President to portray him as a racist.

2. The New York Times portrays itself (and has been viewed by readers) as a newspaper of utmost professionalism and objectivity. Objective reporting is meant to portray issues and events in a neutral and unbiased manner, regardless of the writer’s opinion or personal beliefs.  You would expect Times’ news reports on President Trump to be objective. Instead, the cartoonist portrays the reporters as being  agenda-driven and biased.