1. Cartoonist Gary Varvel’s incorporation of a classic novel into a 2019 editorial cartoon is brilliant. Explain the meaning of this cartoon. (To what most recent news story from Buzzfeed does this cartoon refer?)

2. Do you agree with the cartoonist’s assertion about President Trump and the media? Explain your answer. 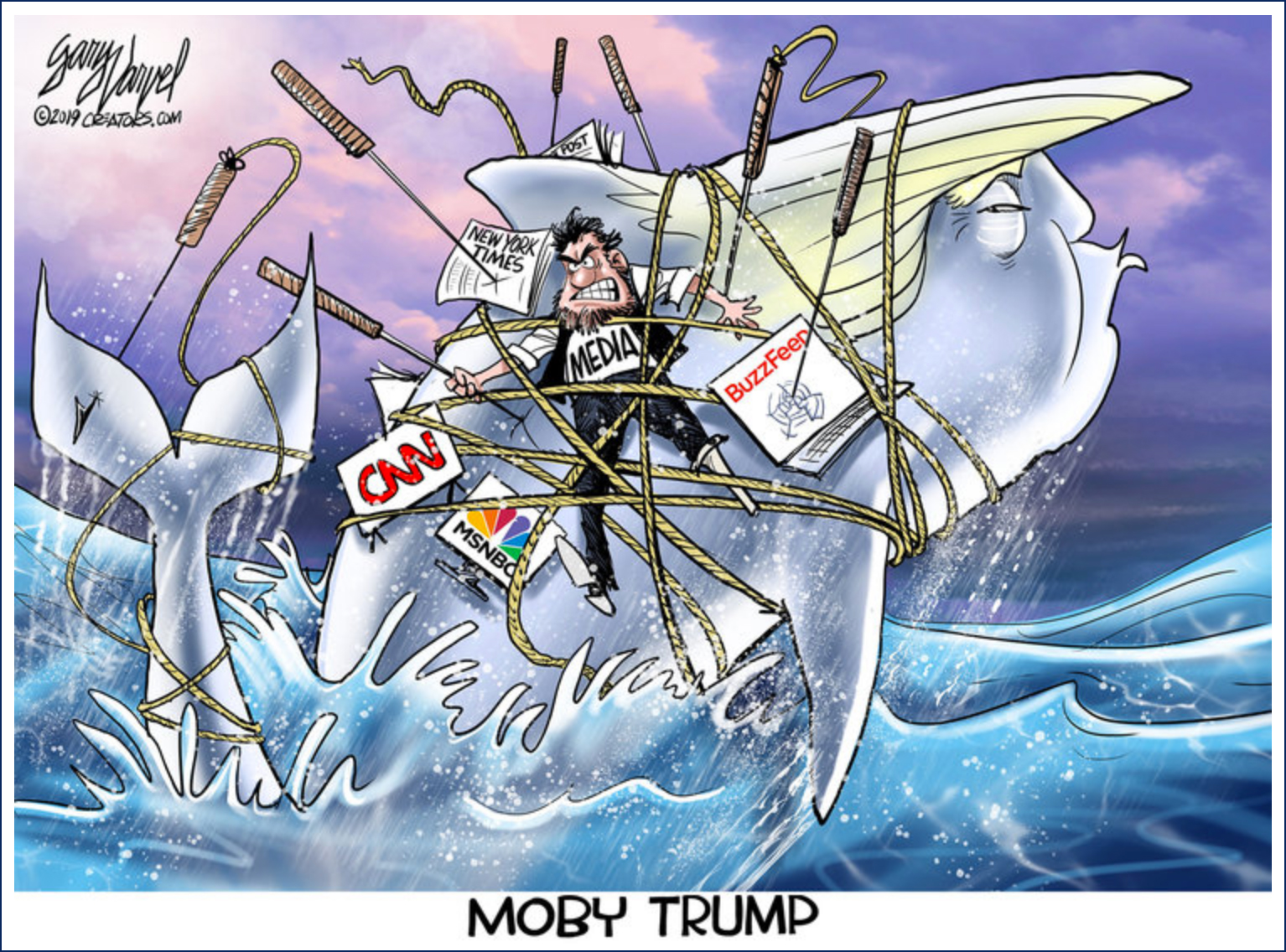 1. In Herman Melville’s “Moby Dick,” Ahab, the captain of a whaling ship, has had an encounter with a whale named Moby Dick, from which he lost his leg. Ahab is obsessed with destroying the whale no matter the cost. When he finds Moby Dick again, Ahab harpoons the whale, but it attacks and destroys the ship and Ahab.

The cartoonist is likening President Trump to the whale, and the media to Ahab.  The media are obsessed with taking down Trump by finding evidence of wrongdoing but are unable to do so. Instead, they get caught up in their own lines.

This past week Buzzfeed published a totally false report based on anonymous sources that special counsel Robert Mueller had corrobroating evidence that Trump had instructed his former lawyer to lie to Congress. Only it wasn’t true. Mueller put out a statement saying Buzzfeed’s claim is “not accurate.”