1. Which comic device does cartoonist Asher Schwartz use to illustrate his main idea? Explain your answer.
a) pun
b) caricature
c) satire
d) personification

2. Which of the following best describes Mr. Schwartz’s intended meaning?
a) Mad-libs is not a modern game
b) everyone likes a good game of mad libs
c) ISIS terrorists don’t discriminate when deciding in which country to stage an attack; all are targets
d) Mad-libs for ISIS has to offer easy questions as terrorists are often uneducated 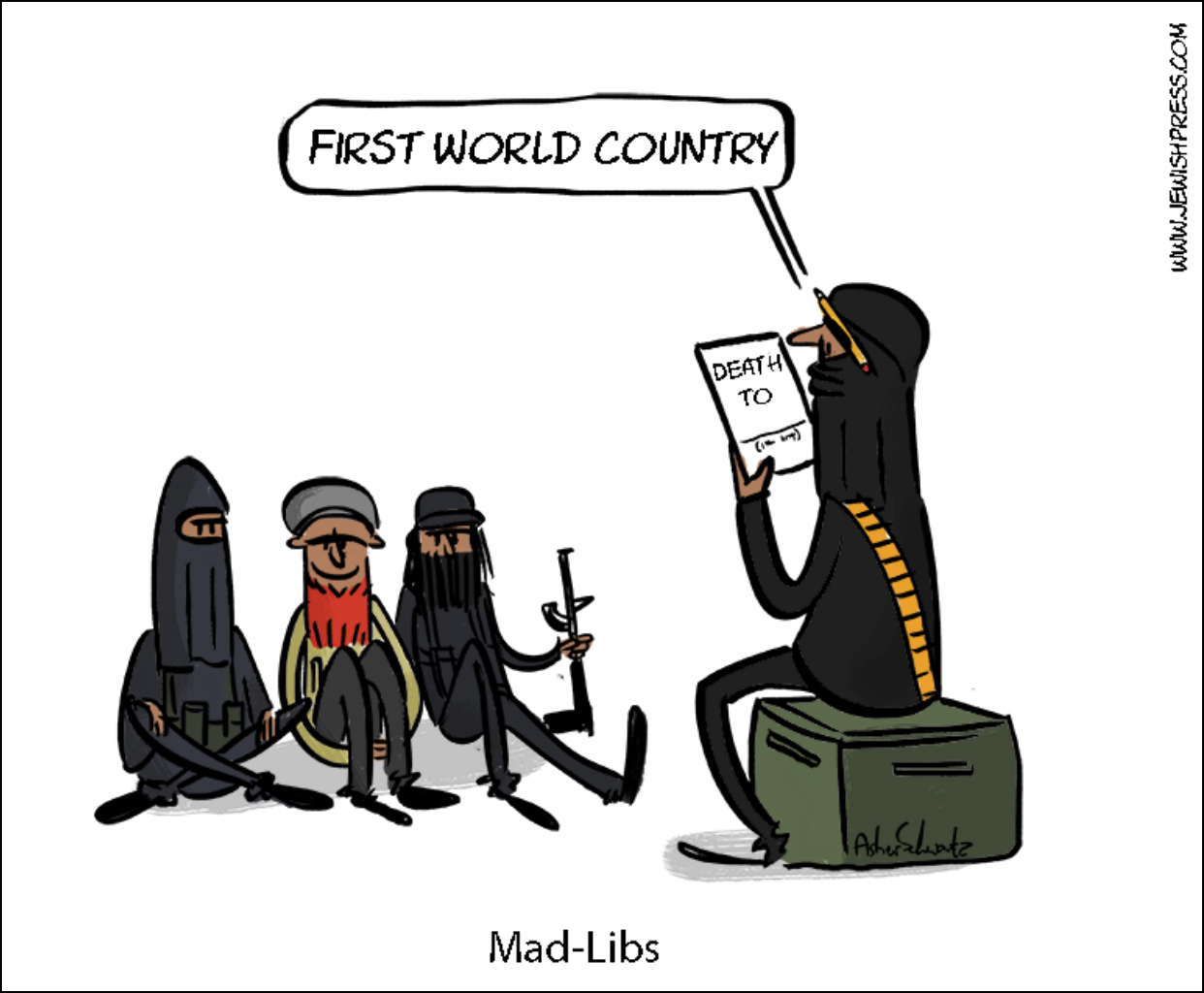 1. c) satire – In satire, human or individual vices, follies, abuses, or shortcomings are held up to censure. Although satire is usually meant to be funny, the purpose of satire is not primarily humor in itself so much as an attack on something of which the author strongly disapproves, using the weapon of wit.

The cartoonist did not use:
a) pun – a play on words that uses the similarity in sound between two words with distinctly different meanings
b) caricature – A description or characterization that exaggerates or distorts a character’s prominent features, usually for purposes of mockery.
d) personification – a figure of speech in which human characteristics are attributed to an abstract quality, animal, or inanimate object

2. c) ISIS terrorists don’t discriminate when deciding in which country to stage an attack; all are targets