4. Which one best describes the main idea of Lisa Benson’s cartoon?
a) picking up hitchhikers could be deadly
b) Democrats are naive
c) Democrats’ embrace of extreme abortion policies will harm the party
d) if you pass the Grim Reaper hitchhiking, drive past him as quickly as possible to avoid death 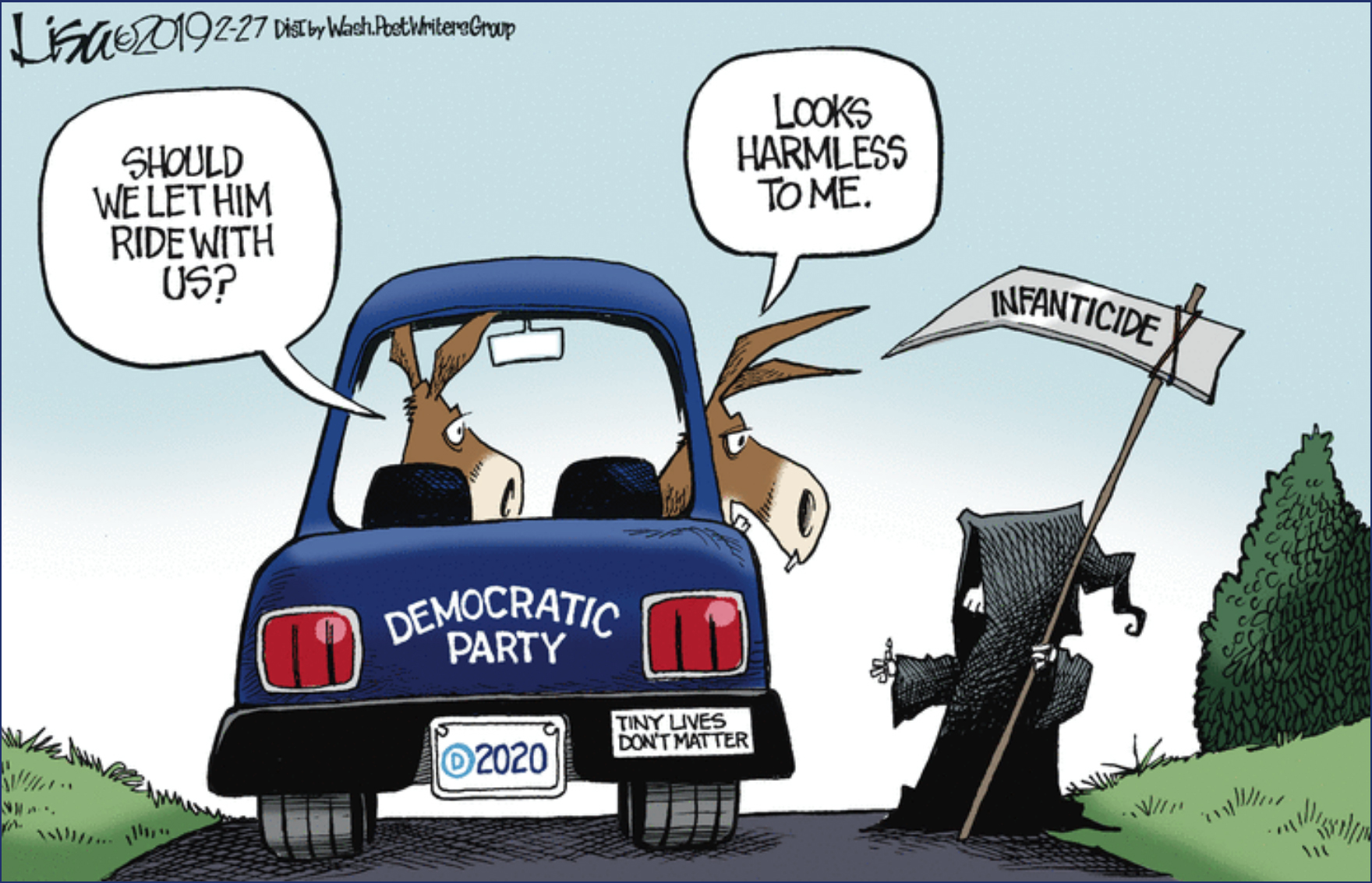 2. The person in the cloak hitchhiking represents death (the “Grim Reaper”).
The Grim Reaper is a personification of death in the form of a cloaked skeleton wielding a large scythe. (from oxforddictionaries .com)

3. When encountering the Grim Reaper, it is expected the person will die; when Death comes looking for you, your number is up.

Death, due to its prominent place in human culture, is frequently imagined as a personified force, also known as the Grim Reaper. In some mythologies, the Grim Reaper causes the victim’s death by coming to collect that person. In turn, people in some stories try to hold on to life by avoiding Death’s visit… (from wikipedia)