1.  Write out the idiom that is portrayed in this cartoon, then explain its meaning.

2.  A recent CNN poll shows that nearly 70% of Americans oppose the construction of a mosque near Ground Zero, (see politicalticker.blogs.cnn.com) believing that the mosque should not be built on/near sacred ground where so many Americans were murdered by Islamic extremists, but that the mosque should be build elsewhere.  What do you think?  Explain your answer. 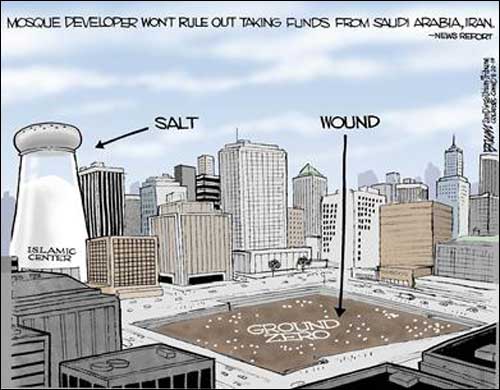