2. A cartoonist often uses humor to illustrate a news item. What comic device does the cartoonist use to highlight this news story? Explain your answer.
a) caricature
b) satire
c) symbol
d) understatement
e) hyperbole 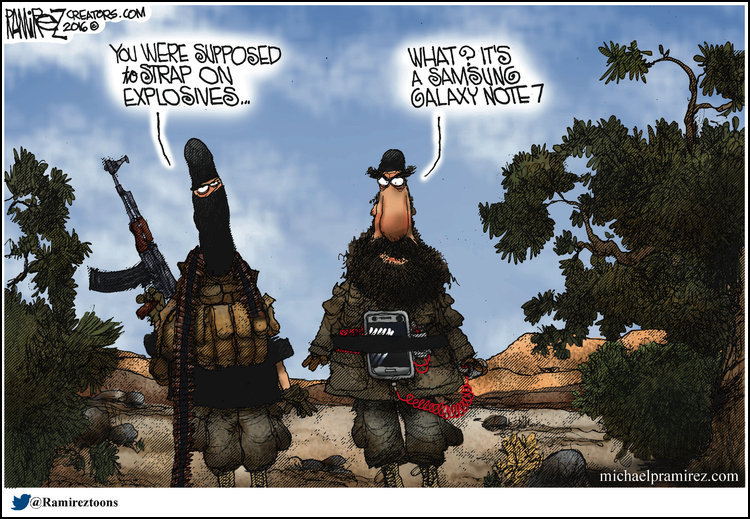 1. The cartoon refers to Samsung recently recalling its flagship Galaxy Note 7 smartphone after reports of the phone “exploding” during or after charging.

2. b) satire – satire is defined as: the use of irony, sarcasm, ridicule, or the like, in exposing, denouncing, or deriding vice, folly, etc.