CARTOON #1:
Tone is the attitude a cartoonist takes towards a subject. Which pair of words best describes the tone of this cartoon?
a) light-hearted/humorous
b) fearful/frightened
c) exasperated/irritated
d) resigned/defeated

CARTOON #2:
a) What point is cartoonist Michael Ramirez making in cartoon #2?
b) Do you agree with the cartoonist’s intended meaning? Explain your answer.

CARTOON #3:
It has been speculated since before the election that President Biden has some type of progressive cognitive disorder, and that is why it is difficult for him to answer questions live (the concern is that he can no longer “think on his feet”)
Since taking office, President Biden has appeared confused on several occasions;

Editorial cartoonists often use humor to make light of serious situations.
a) Define exaggeration and hyperbole.
b) Which word do you think best describes cartoon #3? Explain your answer. 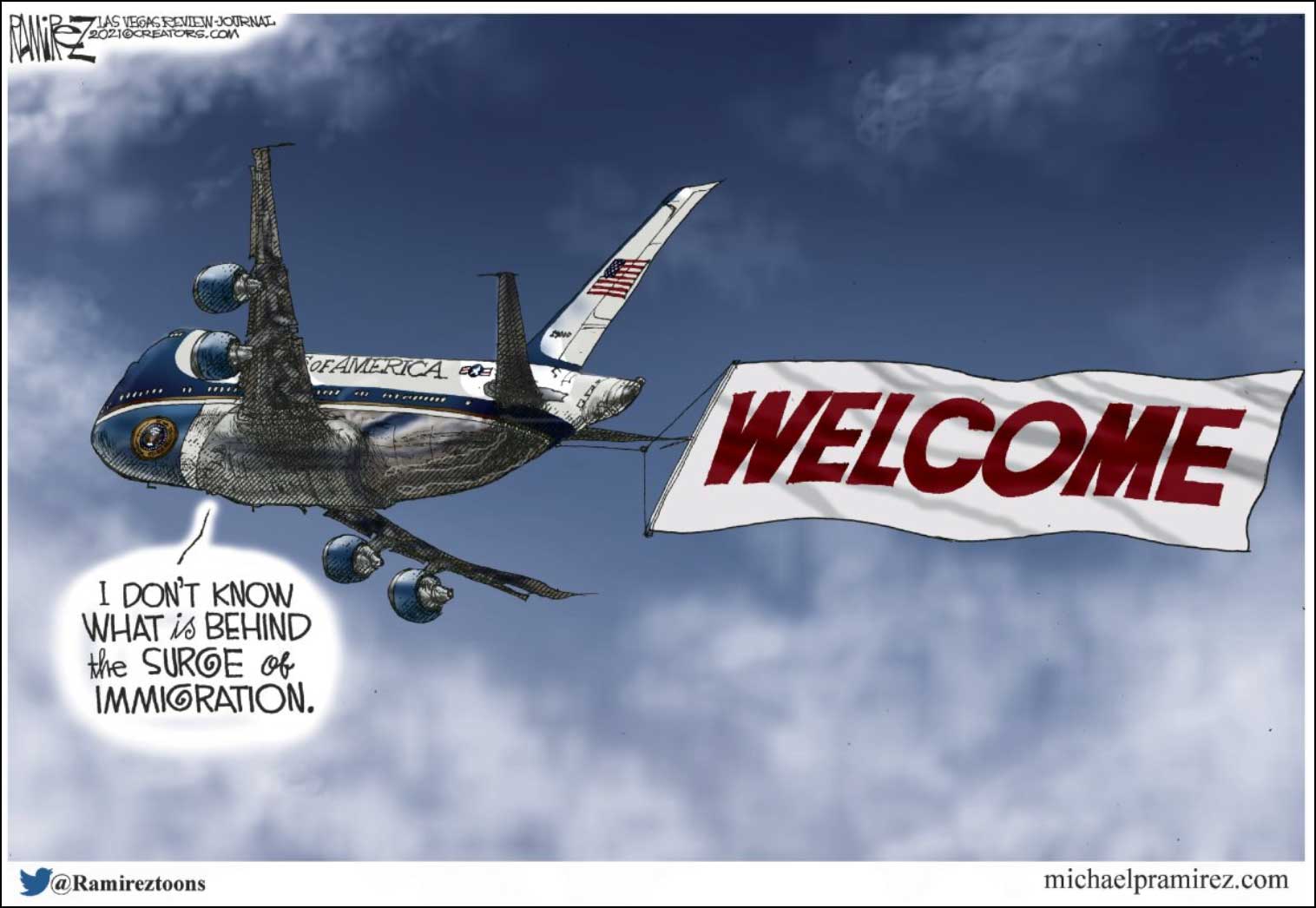 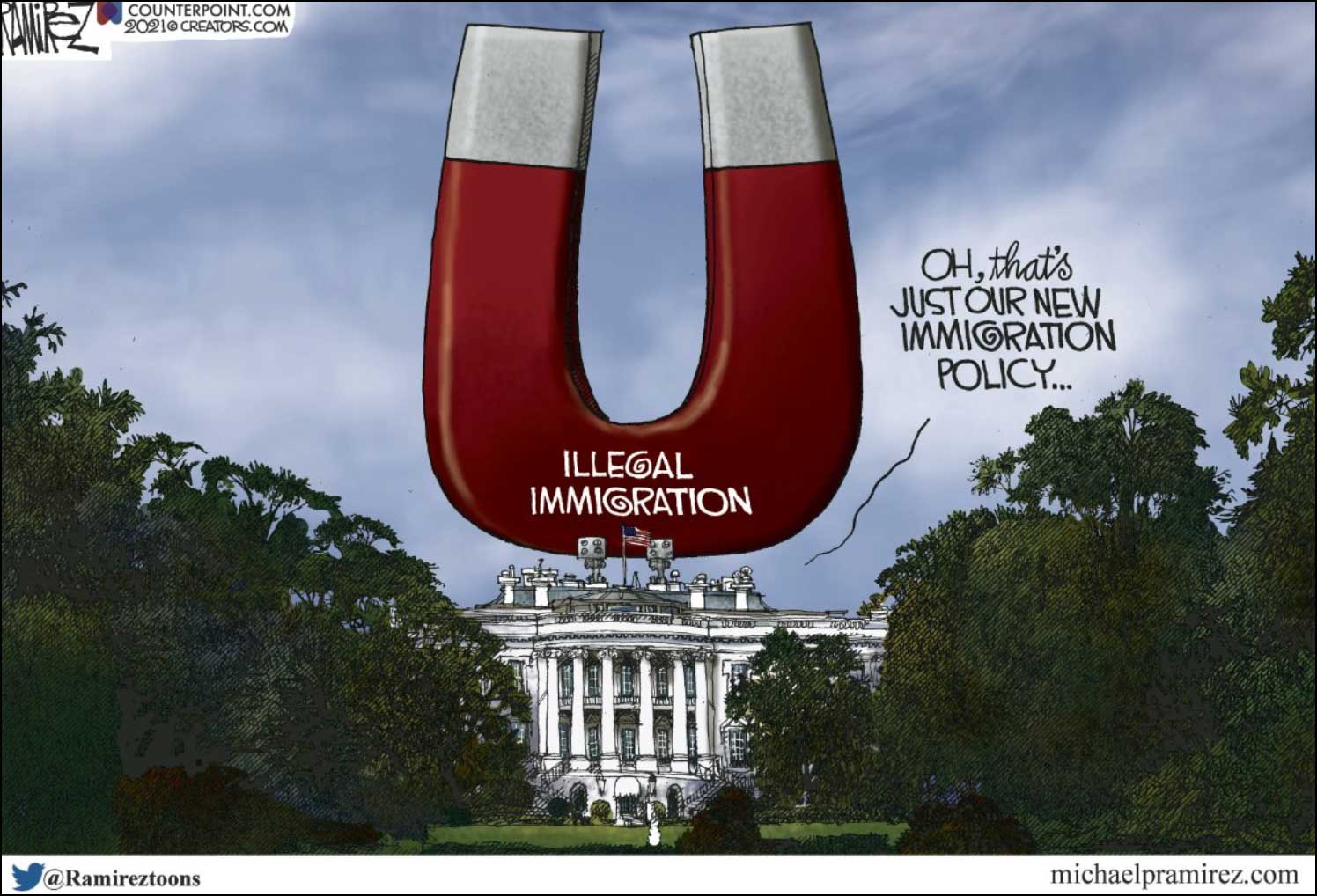 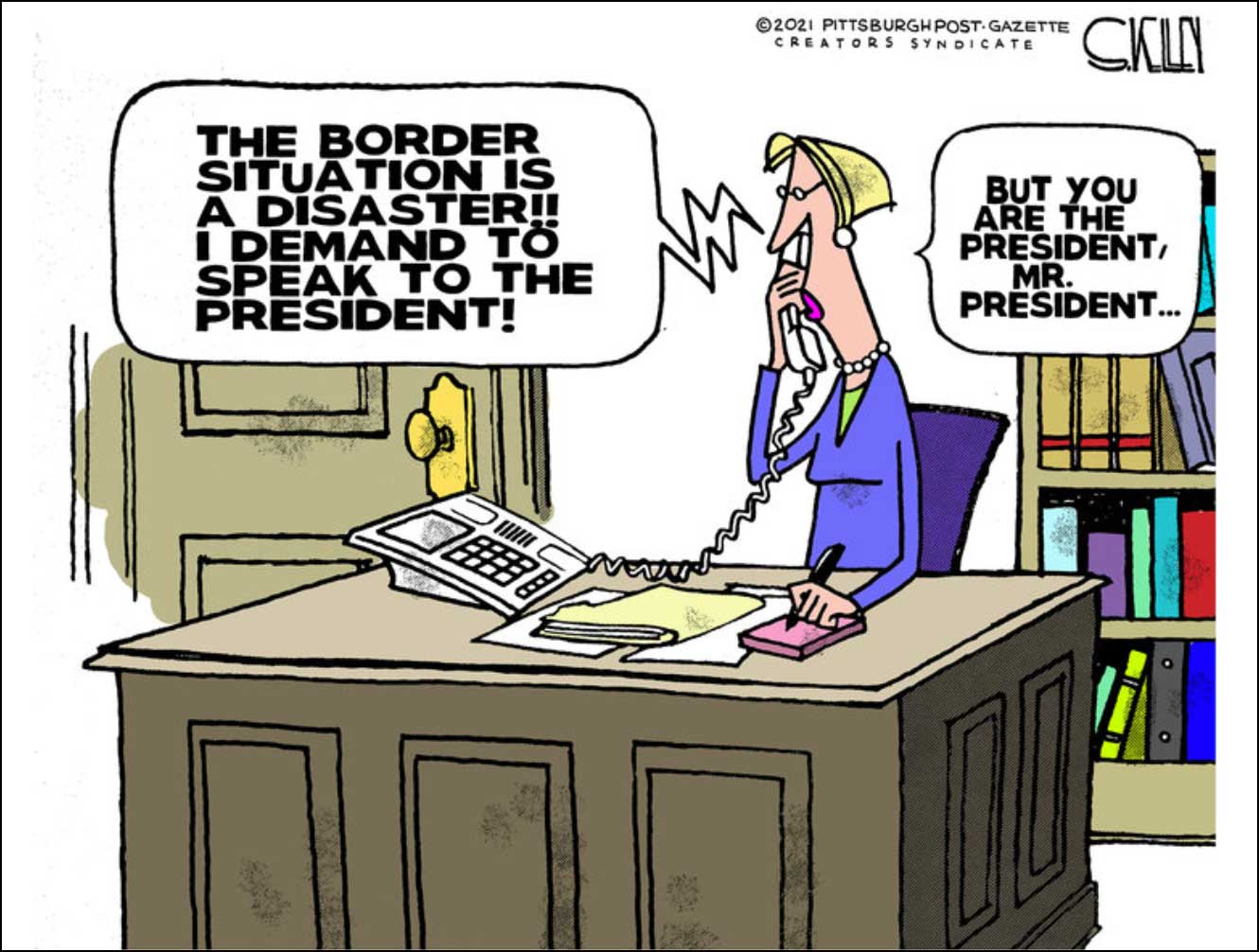 CARTOON #3:
a) exaggeration: to think of or describe something as larger or greater than it really is
hyperbole: An extreme magnification or exaggeration of actuality. It blows something completely out of proportion for a distorted effect. The purpose of hyperbole is to create a larger-than-life effect and overly stress a specific point. (Used as a figure of speech in which exaggeration is used for emphasis or effect, as in “I could sleep for a year” or “This book weighs a ton”)

b) Opinion question, depending on your point of view on the Alexa story.