1. Editorial cartoonists often use humor to make light of serious situations. To what ongoing news stories does this cartoon refer?

2. a) Define hyperbole and understatement.
b) Which word do you think best describes this cartoon? 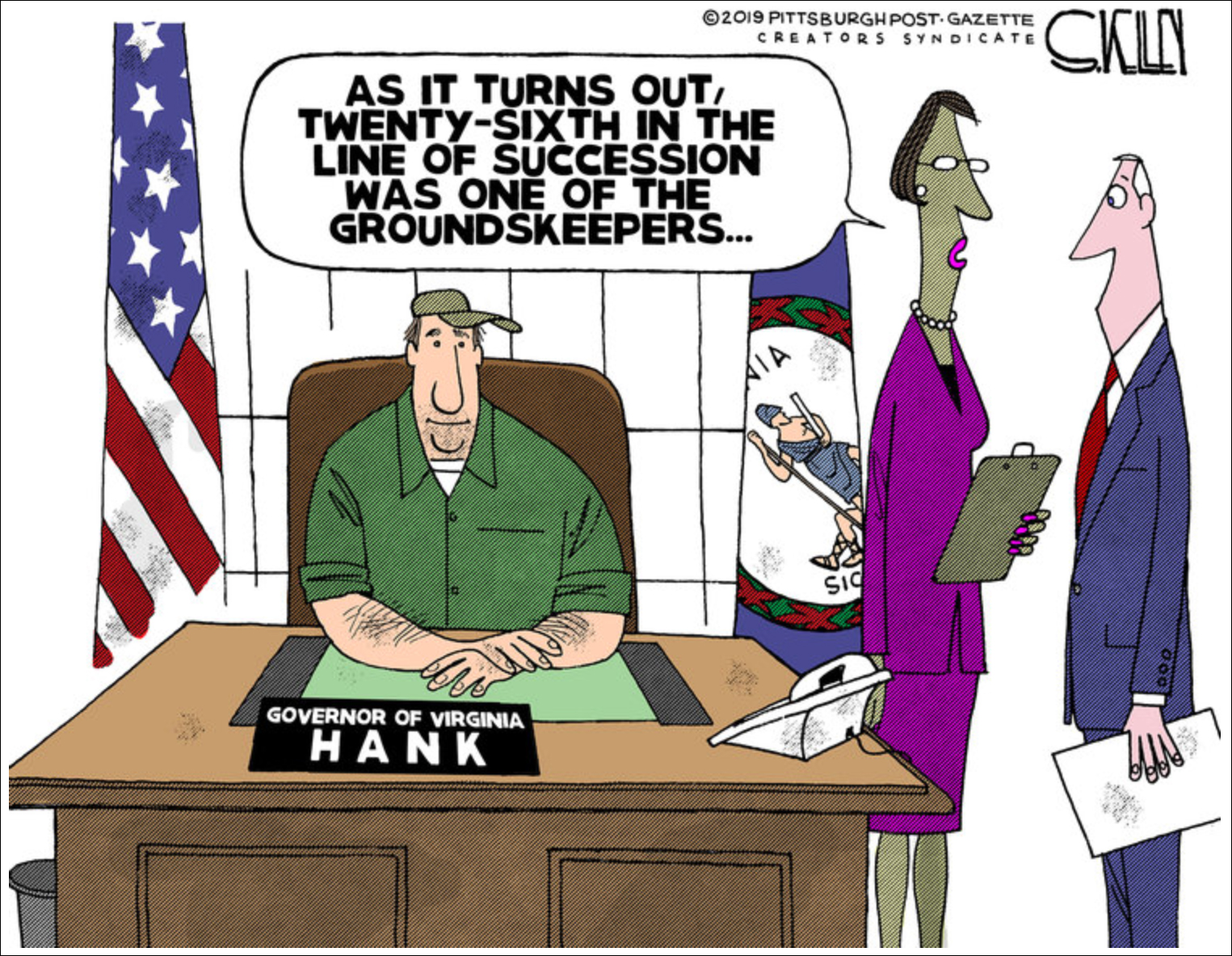 1. The Democratic party is in trouble. Following the publishing of a racist photo that appeared on his page in his yearbook from medical school, which showed two men — one in blackface and the other in a Ku Klux Klan hood, Democratic leaders called on Virginia’s Governor Ralph Northam to resign. Initially, Northam acknowledged he was in the photo and apologized. The next day, he said that he was not in the photo but that he had worn blackface for a Michael Jackson dance contest in 1984.

Should he resign, the Democrat next in line to take over the governorship is Lt. Gov. Justin Fairfax, but he has just been accused by two women of sexual assault.

Should he resign, the state’s third-ranking elected official in Virginia, Attorney General Mark Herring, also a Democrat, has acknowledged that he, too, wore blackface at a college party.

2. a)
hyperbole – an exaggeration of ideas for the sake of emphasis. (literarydevices .net)
Hyperbole is a figure of speech in which an author or speaker purposely and obviously exaggerates to an extreme. It is used for emphasis or as a way of making a description more creative and humorous. It is important to note that hyperbole is not meant to be taken literally; the audience knows it’s an exaggeration. (literaryterms .net)

b) Answer varies, depending on your point view.