1. To what ongoing news stories does this cartoon refer?

2. a) Define hyperbole and understatement.
b) Which word do you think best describes this cartoon? 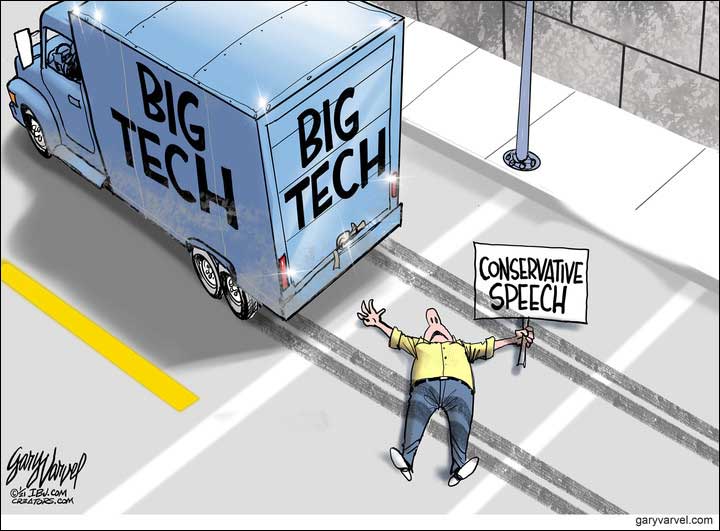 1. The increasing frequency of Big Tech (Twitter/Facebook/Youtube/Google etc.) to permanently silence/censor/ban/cancel any person/group/business that attempts to express speech/ideas that do not conform to progressive/liberal point of view. The growing trend of Big Tech (who holds the ability to do so) to kill free speech.

2. a)
hyperbole – an exaggeration of ideas for the sake of emphasis. (literarydevices .net)
Hyperbole is a figure of speech (or editorial cartoon) in which an author, speaker or cartoonist purposely and obviously exaggerates to an extreme. It is used for emphasis or as a way of making a description more creative and humorous. It is important to note that hyperbole is not meant to be taken literally; the audience knows it’s an exaggeration. (literaryterms .net)

b) Answer varies, depending on your point of view.