To what series of news stories does this cartoon refer?
a) the addition of a new sport to the 2014 Winter Olympics to be held in Sochi, Russia
b) Chechen rebels’ opposition to Putin carrying the first leg of the Olympic torch
c)  terrorist attacks carried out by Islamists in Russia leading up to the 2014 Olympic games
d) the decision by Russian President Vladimir Putin to participate in the 2014 Winter Olympics himself 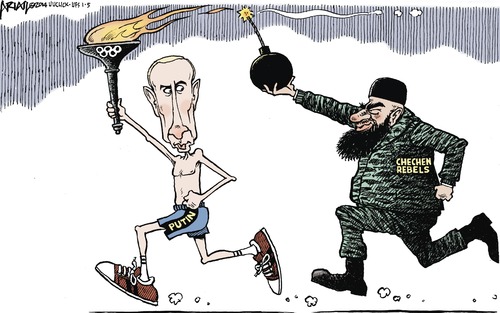