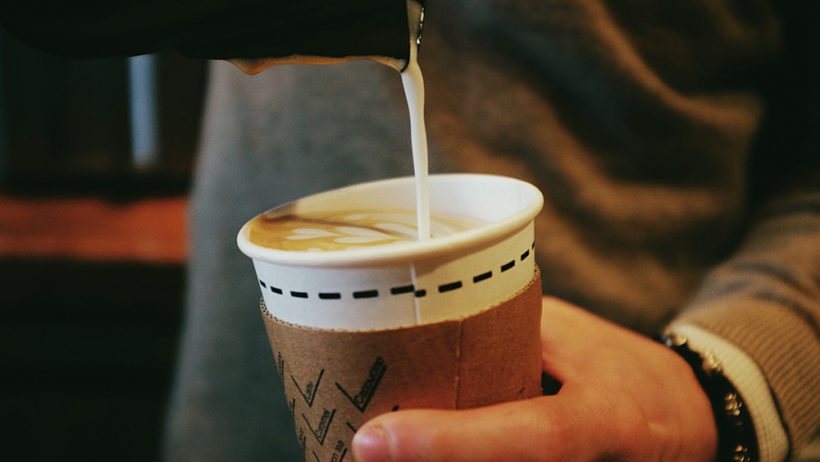 (Compiled from reports at CNN, UK Guardian and UPI) – South Korea on Friday implemented a new law banning the sale of coffee in schools across the country.

Under the law, primary and secondary schools in South Korea must stop selling coffee and caffeinated drinks to students via school vending machines and snack shops.  The law was passed in an effort  to keep students from consuming too much caffeine.

The ban will apply across school premises, meaning everyone — including teachers — will be unable to buy caffeinated drinks.

The Ministry of Food and Drug Safety hopes the ban will help children foster healthier food habits after cases of students consuming excess levels of caffeine during exam periods, with children often facing intense academic pressure, an official from the ministry told CNN.

Many students consume coffee or energy drinks to stay alert to study in an effort to excel in South Korea’s highly competitive and demanding education system.

Other beverages with high concentrations of caffeine, such as energy drinks, are already banned in schools.

A 2012 survey of more than 5,400 middle and high school students found that 19% consumed one or more cups of coffee each day, with more than half saying they drank some form of caffeinated drink to wake up…

“The revision aims to create healthy eating habits among children and teenagers,” a ministry official said, according to a report in the Korea Times. “We will make sure coffee is banned at schools without fail.”

South Koreans drink an average of 181 cups of coffee a year, by far the most in Asia, according to market research firm Euromonitor. That is more that the 151 consumed per person in the UK but less than the average of 266 cups in the US.

The ban on coffee in schools follows a restriction on energy drinks earlier this year. It also comes in the wake of a prohibition on TV commercials for fast food, sugary snacks and high-caffeine beverages during times when most children’s programs air. (The sale of soda in schools and libraries was banned in 2008.)

According to the American Academy of Pediatrics, caffeine has been linked to some harmful health effects in children, including on the developing neurologic and cardiovascular systems. They add that, in general, children should avoid caffeine-containing beverages, including soda.

Critics in South Korea note that students can easily walk a few minutes from their schools to buy coffee or other caffeinated drinks.

2. For SOUTH KOREA:
a) list the who, what, where and when of the news item
b) What is the purpose of the law?
c) A 2012 study in Korea found that although teens are aware caffeine is not good for them, many drink coffee anyway. What did the study conclude from this?
d) Why do many teens in South Korea consume excess levels of caffeine during exam time?
e) Do you think the government should ban coffee and other caffeinated drinks in middle and high schools? Do you think individual schools should ban these drinks? Explain your answers.
f) Ask a parent and a grandparent: what drinks were available for purchase when you were in middle and high school?