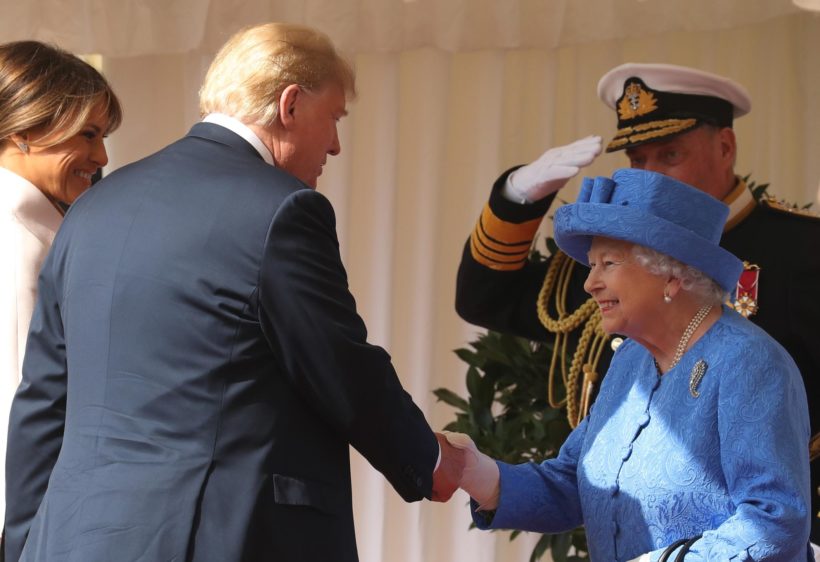 (Compiled from USA Today and CNBC) – President Donald Trump and first lady Melania Trump will pay a state visit to Queen Elizabeth II in the United Kingdom as part of a June trip to commemorate the 75th anniversary of D-Day.

The president and first lady accepted an invitation from the queen, Buckingham Palace announced in April. They will be visiting June 3 to June 5.

The White House said the visit “will reaffirm the steadfast and special relationship between the United States and the United Kingdom.”

During his visit, President Trump will hold official talks with British Prime Minister Theresa May at 10 Downing Street.

“(The U.K. and U.S.) do more together than any two nations in the world and we are both safer and more prosperous because of our cooperation,” May said in a statement. “The State Visit is an opportunity to strengthen our already close relationship in areas such as trade, investment, security and defense, and to discuss how we can build on these ties in the years ahead.”

State visits to the U.K. happen when foreign leaders are invited to visit the queen. They are given a ceremonial welcome by the monarch and other members of the royal family and are usually hosted at a state banquet at Buckingham Palace.

The Trumps joined the queen for tea in July 2018 at Windsor Castle, which included a regal greeting by the Guard of Honor. Further details of the upcoming state visit’s itinerary will be announced in due course, the palace said in a statement issued two days after the queen’s 93rd birthday.

The queen has met with 12 sitting U.S. presidents. She hosted state visits with President Barack Obama in May 2011 and with President George W. Bush in November 2003.

Several other U.S. presidents have visited the queen during her reign, including President John F. Kennedy in 1961 and President Bill Clinton in 1995. The queen and her husband, the Duke of Edinburgh, have also made four state visits to the United States during her more than 65 years on the throne.

The president and first lady will also attend a ceremony in Portsmouth to commemorate D-Day, the June 6, 1944, landing of allied forces in France. From there they will travel to Normandy, France, on June 6, to commemorate the anniversary of D-Day.

Representatives of other countries invited to the Portsmouth event on June 5 include those from Canada, France, Germany, Australia, New Zealand, Belgium, Luxembourg, Poland, Norway, Denmark, Netherlands, Greece, Slovakia and the Czech Republic.

Portsmouth was one of the key embarkation points for many of the landing craft on D-Day, when, during World War Two, Allied forces invaded Nazi-occupied France marking the beginning of the end for Adolf Hitler’s domination of Europe.

The June gathering on Southsea Common will involve live performances, military displays and tributes to the Allied troops who fought in Normandy, including at least 11 Royal Navy vessels in the Solent and a flypast of 26 RAF aircraft.

After leaving the UK, President and Mrs. Trump will travel to France for a series of D-Day anniversary events on June 6 itself.

Compiled from April 23 articles by Sean Rossman at USAToday .com, by Chloe Taylor at CNBC and from BBC News. Reprinted here for educational purposes only. May not be reproduced on other websites without permission.

2. For UNITED KINGDOM:
a) list the who, what, where and when of the news item
b) What did the White House say about the president’s upcoming trip to the UK?
c) What did Prime Minister Teresa May say about the trip? – How does the prime minister view the president’s State Visit?
d) What other events will President Trump participate in during his trip to the UK?
e) (Interesting note: The Queen was 18 years old on D-Day.) How many sitting presidents has Queen Elizabeth met with?

What is a state visit?

So what is involved?