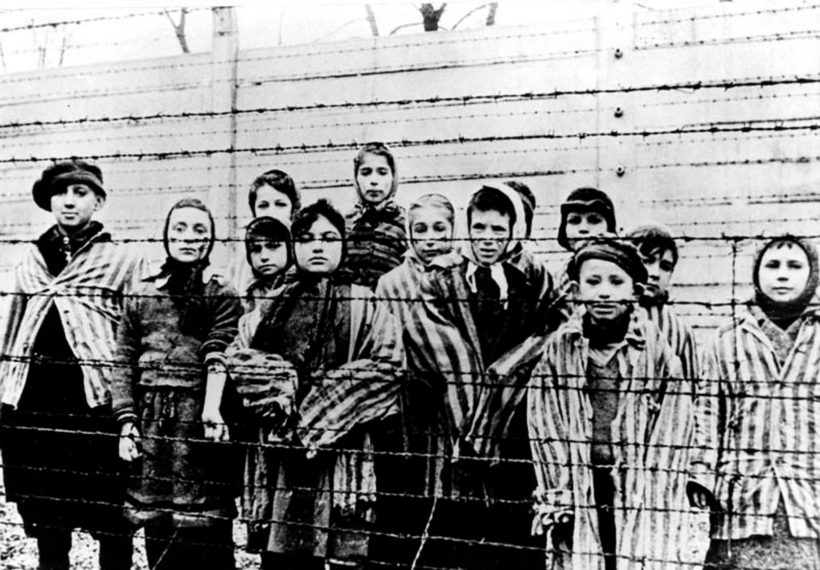 (The Malone Telegram) PLATTSBURGH, NY –– On Jan. 25, Holocaust survivor and Plattsburgh resident Vladimir Munk will fly to Krakow, Poland, as part of the survivor’s delegation to participate in the 75th anniversary of the liberation of Auschwitz.

Munk was born in Pardubice, Czech Republic. At the age of 17, he was deported, first to the Terezin concentration camp and then to Auschwitz in October of 1944. Munk lost his parents and many other family members to the Nazi death camps. He met his wife, Kitty, in Terezin. They were married after the war.

Munk will be accompanied on the trip by his friend and biographer, Julie Canepa. Documentarians Paul Frederick and Bruce Carlin will also travel to Poland to film Munk’s return to Auschwitz for a future public television program. In addition, Carlin and Frederick will travel to the Czech Republic to film on location at Terezin concentration camp, locations in Prague and Munk’s hometown of Pardubice. 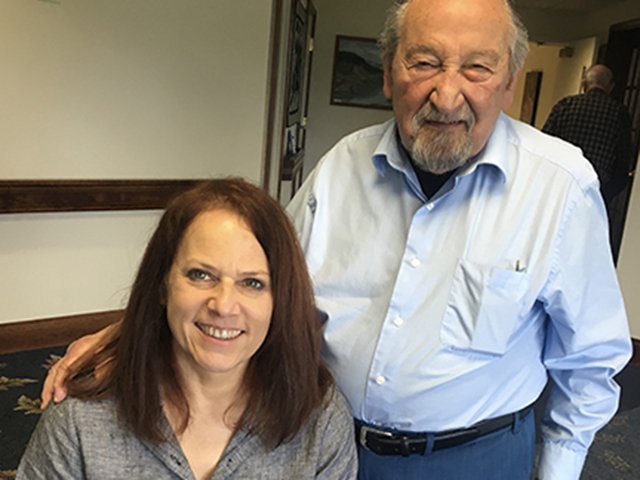 Mr. Munk with his friend and biographer, Julie Canepa.

Munk taught microbiology at SUNY Plattsburgh for over 20 years. He shared his story with colleagues, students and friends. When speaking at area high schools, Munk told students:

“While your lives today and in the future are not comparable to the situation in the camps, you may feel sometimes stressed, depressed, hopeless, ready to give up. Evoke then my stories and fight – for your career, for your future, for your life. You may not always win, but the victory will be always sweet!” 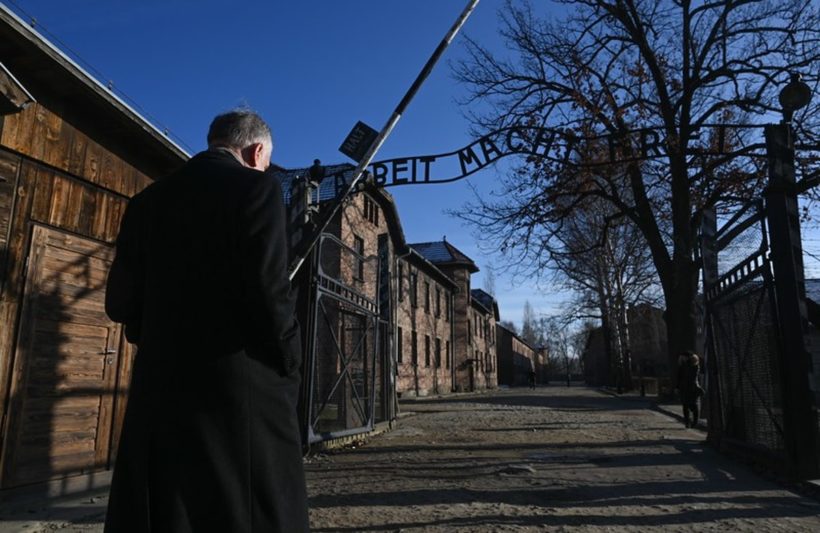 Streaming of the anniversary events with simultaneous translation into Polish and English will also be available in HD quality at www.auschwitz.org, on YouTube and social media sites of the Auschwitz Memorial.

Visit the website for the Auschwitz-Birkenau Memorial and Museum. 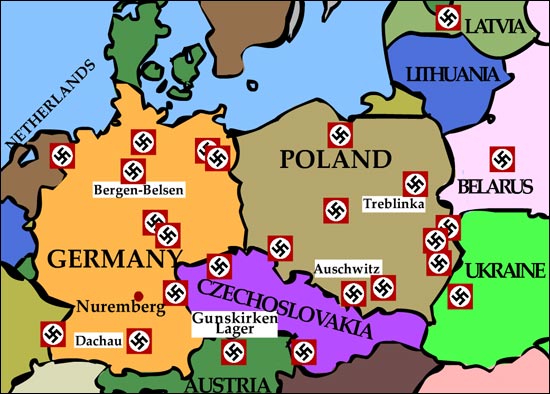 2. For POLAND:
a) list the who, what, where and when of the news item
b) How many survivors of the Nazi death camp Auschwitz will attend the 75th commemoration there next week?
c) What do you think of Mr. Munk’s message to students when sharing his story?
d) What do you know about the Holocaust? Spend at least an hour reading some of the stories from survivors. Check out some of the videos. (See links under “Background” and “Resources.”)  What do you think is most important to share with others? – What should every student, every person hear/know?

Visit the U.S. Holocaust Museum page on the Liberation of Auschwitz.

Read “A Race to Preserve the Voices of Holocaust’s Last Survivors” (from Dec. 2013)

Rina Quint was 6 years old when she was deported with her father to a concentration camp – watch her story at youtube.

Watch a Jan. 17 local CBS News report about another Auschwitz survivor who is traveling to Poland for the 75th commemoration: