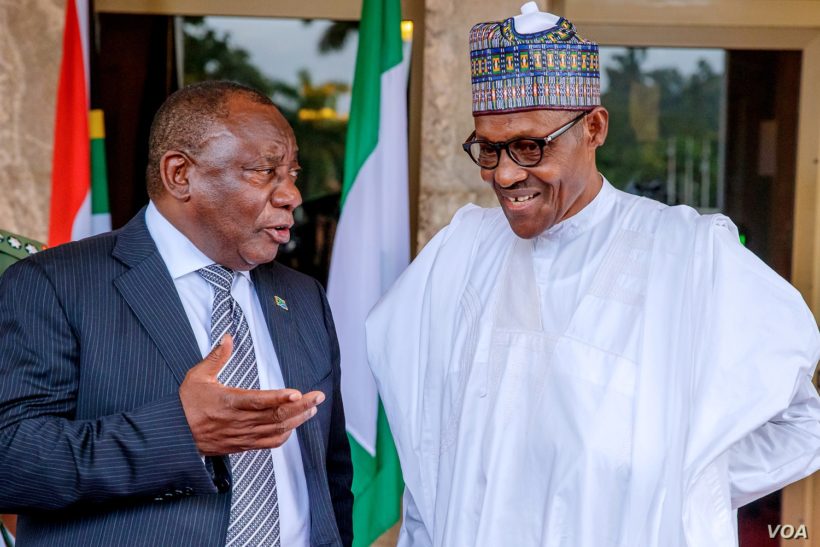 (by Morgan Winsor, ABC News, from a Sept. 10 report) – Nigeria evacuated hundreds of its citizens from South Africa following a recent spate of violent attacks on foreign nationals living there, officials said.

Nigerian President Muhammadu Buhari announced Monday, September 9 that his government had “made arrangements for the immediate voluntary evacuation of all Nigerians in South Africa who are willing to return home.”

“We will continue to put pressure on the South African Government to take concrete and visible measures to stop violence against citizens of other African nations,” Buhari said in a statement. “The recurring issue of xenophobia and attacks on African nationals remains very worrying.”

At least 640 Nigerian nationals in South Africa have already voluntarily registered to come back, according to Abike Dabiri-Erewa, head of the Nigerians in Diaspora Commission, who told reporters on Sept. 9 that flights to bring them home would depart South Africa that week.

At least 12 people, including two foreigners, have died since anti-immigrant violence flared up in Pretoria, Johannesburg and elsewhere in South Africa this month. A number of businesses owned by immigrants from other African nations have been looted and destroyed, according to officials with the South African government’s Justice, Crime Prevention and Security Cluster.

Dozens of people have been arrested in connection with the violence. Meanwhile, more than 750 foreign nationals were taking refuge at local police stations on Sept. 10 since coming under attack, the officials said.

The anti-immigrant violence has sparked protests and retaliation attacks against South Africans in Nigeria, Zambia and other countries across Africa in recent days.

South African President Cyril Ramaphosa has condemned the deadly violence and called on law enforcement to “maintain vigilance and firmness” when dealing with the individuals involved.

“Government will not allow sporadic lawlessness and violence to disrupt the safety and livelihoods of millions of South Africans and the majority of foreign nationals in our country who are law-abiding and have the right to conduct their lives and businesses in peace,” Ramaphosa said in a statement Monday.

“Lawlessness, injury and death inflict a great psychological and economic cost that lasts long after victims are buried, arrests are made and streets are cleared. This cost holds back our country and undermines all the efforts we are making to grow a South Africa that offers opportunity to all who live in it.”

Xenophobic attacks have plagued South Africa for more than a decade amid an increasing number of foreigners emigrating to the nation. Immigrants account for roughly 7 percent of South Africa’s total population. That figure nearly doubled from over 2 million in 2010 to just over 4 million in 2017, according to an analysis by the Pew Research Center, a nonpartisan American think tank. 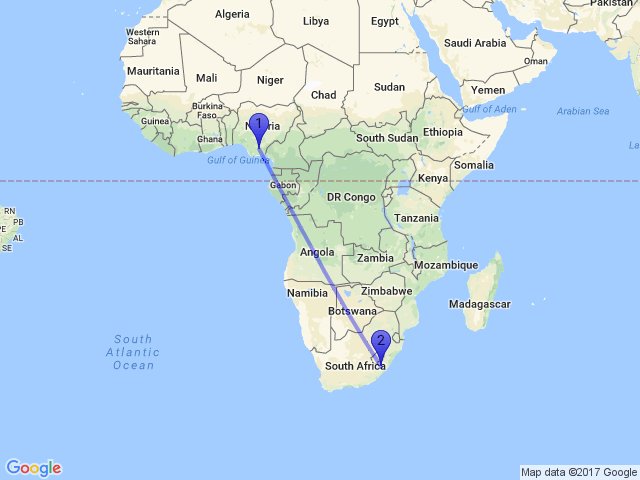 A survey conducted by the Pew Research Center in the summer of 2018 found that 62% of South Africans view immigrants as “a burden” on the country “because they take jobs and social benefits.” The poll also showed that 61% of South Africans believe immigrants are more to blame for the nation’s crime than other groups.

South African Minister of Defense Nosiviwe Mapisa-Nqakula insisted during a press briefing Tuesday that the country “is not a xenophobic nation.”

“Whoever is found on the wrong side of the law should be dealt with,” she told reporters.

From ABCNews .com. (First published on Sept. 10, 2019. Reprinted here for educational purposes only.) May not be reproduced on other websites without permission from ABC News.

1. For SOUTH AFRICA, give the following information:

See a list of Immigration to South Africa at wikipedia.

Naledi Pandor’s comments came in the wake of a wave of xenophobic attacks.

Talking to migrant representatives, she also said that African leaders should not be allowed to worsen conditions in their countries and expect others to deal with the resulting migration.

Twelve people were killed earlier this month when mobs attacked foreign-owned businesses, mainly in Johannesburg. Ten of the victims were South African and two were Zimbabweans.

President Cyril Ramaphosa told the BBC that he felt ashamed by the recent violence.

“We are very concerned and of course as a nation we [are] ashamed because this goes against the ethos of what South Africa stands for,” he said.

But in looking for solutions, Ms Pandor suggested this was not just a South African issue.

“We need to talk about the role that sending countries and transit countries play in assisting receiving countries such as South Africa, Kenya, Uganda and many others and in helping them manage the issue of migration far more effectively,” she told members of the African Diaspora Forum in Pretoria.

South Africa has become a magnet for migrants from other parts of Africa as it has one of the continent’s biggest and most developed economies. But there is also high unemployment in the country and some people feel foreigners are taking their jobs.

Ms. Pandor turned to the continent’s need for rapid economic development to help deal with the rising population.

“No leader should be allowed to get away with allowing degradation and expecting someone else to provide a response to their countrymen and women,” the Daily Maverick news site quotes her as saying.

The people who have migrated to South Africa “tended to be… poor and unskilled, just as many many millions of black South Africans are,” she told BBC Hardtalk earlier this week.