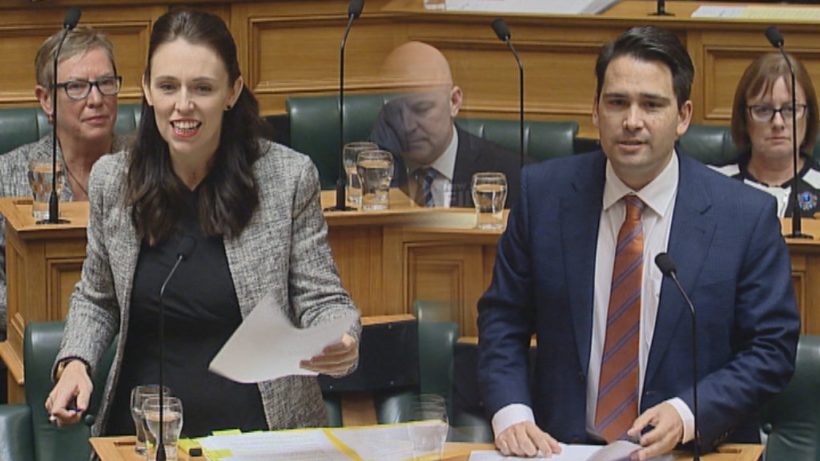 (by Michelle Nichols and Jeff Mason, Reuters) UNITED NATIONS — Some 129 countries at the United Nations signed on to a U.S.-drafted pledge to fight the global drug problem on Monday that U.S. President Donald Trump warned presented a public health and national security threat. New Zealand declined to sign on.

In order to attend the brief U.N. event with Trump, countries had to sign the one-page “Global Call to Action on the World Drug Problem.” Trump held a similar event at the annual gathering of world leaders in New York last year, focused on U.N. reform. …

“If we take these steps together, we can save the lives of countless people in all corners of the world,” President Trump said in brief remarks.

“Illicit drugs are linked to organized crime, illegal financial flows, corruption and terrorism. It’s vital for public health and national security that we fight drug addiction and stop all forms of trafficking and smuggling that provide the financial lifeblood for vicious transnational cartels,” he said.

Among countries that did not sign the U.S. drug fighting pledge was New Zealand. Prime Minister Jacinda Ardern [leader of the liberal Labor Party] noted that the U.S. was particularly focused on tackling opioids. She told reporters on Sunday,

“…It’s not our intention to [join with the U.S.] and there are a number of other countries who haven’t either. We have a number of challenges that are quite specific to New Zealand and the particular drugs that are present, but also on taking a health approach. We want to do what works and so we’re using a strong evidence base to do that.”

Radio New Zealand noted that the leader of the opposition National Party in New Zealand’s parliament, Simon Bridges, said a government led by him would sign on to the US document and that Prime Minister Ardern was distancing New Zealand from more than 120 countries – including Australia, the United Kingdom and Canada – who had all signalled their intention to take part. Bridges said:

“The Prime Minister’s excuse for not signing up, that the government is taking ‘a health approach’ isn’t good enough. The strategy calls for countries to do more to address addiction and provide more treatment as well as working more closely together to clamp down on manufacturing and supply.

Taken together, that’s how we will deal with the drug problem.

But by distancing New Zealand from that work the Prime Minister risks making New Zealand an easy target and sending the message that her government is soft on crime and drug dealers.”

From a September 24 report at Reuters.

2. For NEW ZEALAND:
a) list the who, what, where and when of the news item
b) What did the leaders who signed on to the “Global Call to Action on the World Drug Problem” agree to do?
c) Why did the newly elected Prime Minister of New Zealand decline to take part in this Trump-led initiative?
d) Why did opposition party leader Simon Bridges criticize the prime minister’s decision?
e) Do you think all world leaders should have agreed to take part in this initiative? Explain your answer. Watch a clip from a 9/24/18 interview with Prime Minister Jacinda Ardern explaining why she did not sign on to the U.S.-sponsored “Global Call to Action on the World Drug Problem”

The following is a clip from the 9/24/18 meeting on the world drug problem led by President Trump: