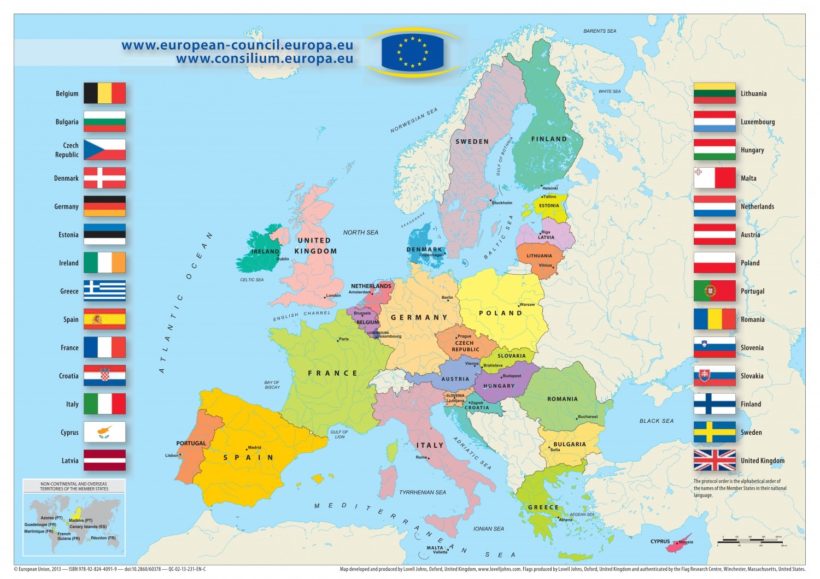 (by Robert Muller and Jan Lopatk, Reuters) a  PRAGUE — The Czech Republic on Wednesday, November 14 joined the growing ranks of European Union countries that reject a United Nations pact to regulate the treatment of migrants worldwide.

The Global Compact for Safe, Orderly and Regular Migration was approved in July by all 193 member UN nations except the United States…. It followed the biggest influx of migrants into Europe since World War Two, many fleeing conflicts and poverty in the Middle East, Africa and beyond.

But the Czech cabinet voted early on Wednesday, Nov. 14 not to sign the accord, a government source told Reuters, in line with indications earlier this month.

“That is what the Czech Republic’s and other European countries’ suggestions aimed for. The final text [of the UN’s Global Compact for Migration] does not reflect those proposals.”

The Czech concerns have been shared by the right-wing governments of Hungary and Austria, which have also said they will not sign the agreement at a ceremony in Morocco in December.

Bulgaria’s coalition government, which includes the anti-migration United Patriots party, has also dropped out of the accord, and its parliament [voted] on the issue on Wednesday [Nov. 14]. Poland had said it may follow suit [and did so last week].

The non-binding [according to the U.N.] pact addresses issues such as how to protect people who migrate, how to integrate them into new countries and how to return them to their home countries.`

U.N. Special Representative for International Migration Louise Arbour has called moves to shun the accord regrettable and mistaken and said the compact simply aimed to improve the management of cross-border movements of people.

Published at Reuters on November 14. Reprinted here for educational purposes only. May not be reproduced on other websites without permission from Thomson Reuters.

1. For the CZECH REPUBLIC, give the following information:

NOTE: Before answering the questions below, read the “Background” below.

2. For the CZECH REPUBLIC:
a) list the who, what, where and when of the news item
b) Why is the Czech Republic opposed to the UN migrant pact?
c) What issues does the pact address?
d) Read “NGO Teaches Migrants How to Trick ‘Stupid’ EU Border Guards”and watch the video under “Resources.” What should the EU and the UN do about this?
e) It has been reported that some organizations helping the Central American migrants coach them on what to say and how to act when they enter the U.S. illegally and claim asylum. How do you think U.S. officials should deal with this problem?

All Visegrad countries [Poland, the Czech Republic, Slovakia and Hungary] have now rejected the United Nations pact on the treatment of migrants worldwide, after Slovak Prime Minister Peter Pellegrini on Sunday (Nov. 25) announced his country’s position.

After Hungary, Austria, Poland, the Czech Republic, Croatia and Bulgaria, Slovenia too has made it plain that it will not send a representative at the intergovernmental conference in Marrakesh, Morocco on December 10.

“Slovakia will not support this United Nations pact under any circumstances and will not agree with it,” Pellegrini told reporters.

Outside the EU, Australia, Switzerland and Israel also announced they will not sign the agreement.

In Belgium, a coalition partner to the government of Charles Michel said the pact was “particularly problematic” for them.

Last year, the Trump administration pulled out of the Obama-backed UN pact, calling its provisions “inconsistent” with US immigration policy. U.S. Ambassador to the United Nations Nikki Haley called the agreement “simply not compatible with U.S. sovereignty.” According to former Secretary of State Rex Tillerson, signing it “could undermine the sovereign right of the United States to enforce our immigration laws and secure our borders.”

Director of a major NGO in Europe tells an undercover reporter how she teaches migrants to lie & pretend to be persecuted Christians to border police. Last year they worked w/ 15,000 migrants. The UN has responded to the investigation calling it ‘alarming’: