World #1 – Belgium: 75th anniversary of Battle of the Bulge 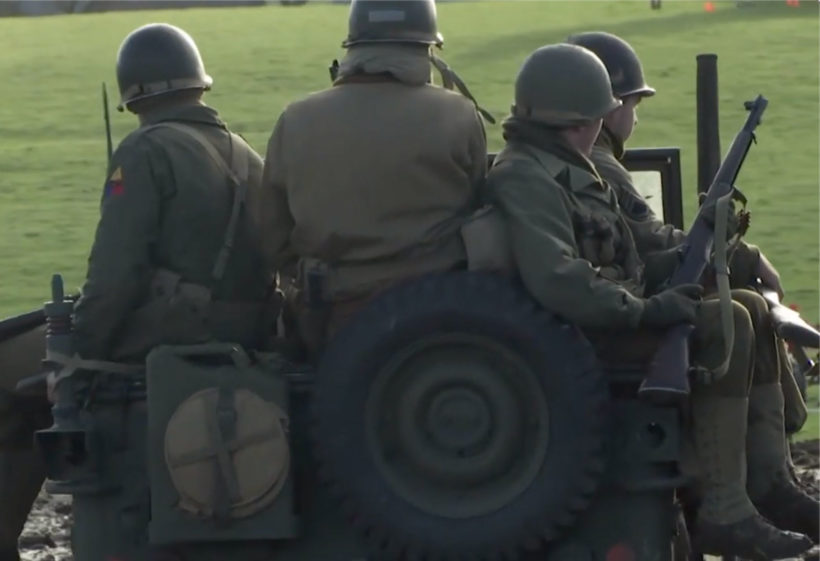 (by Clyde Hughes, UPI) – A U.S. delegation and dozens of U.S. military veterans were in Belgium Monday for the anniversary of the Battle of the Bulge, one of the key fights of World War II.

The battle was Germany’s last major offensive of the war on the Western Front intended to interrupt Allied forces at the port of Antwerp.

“Their efforts not only defended America but also ensured that the peoples of Europe would be free again,” Secretary Esper said, calling the Battle of the Bulge “one of the greatest in American history.”

In a statement issued on Monday, President Trump wrote:

“Today, we remember the more than 500,000 brave patriots who faced unimaginable peril, including the more than 19,000 who laid down their lives in the gallant stand against tyranny and oppression that would ultimately liberate Europe from Nazi control and secure a victory for the forces of freedom.

“In [the Nazis’] last effort to turn the tide of the war, they once again underestimated the resiliency and grit of the American troops.

“Seventy-five years later, we honor the remarkable bravery of the valiant heroes who fought in the ‘Battle of the Bulge.’ Part of the Greatest Generation, their sacrifices cemented a legacy of proud service and deep devotion to country that will continue to inspire generation after generation of their fellow Americans.”

A bipartisan congressional delegation led by House Speaker Nancy Pelosi also made the trip to take part in ceremonies Monday and over the weekend. 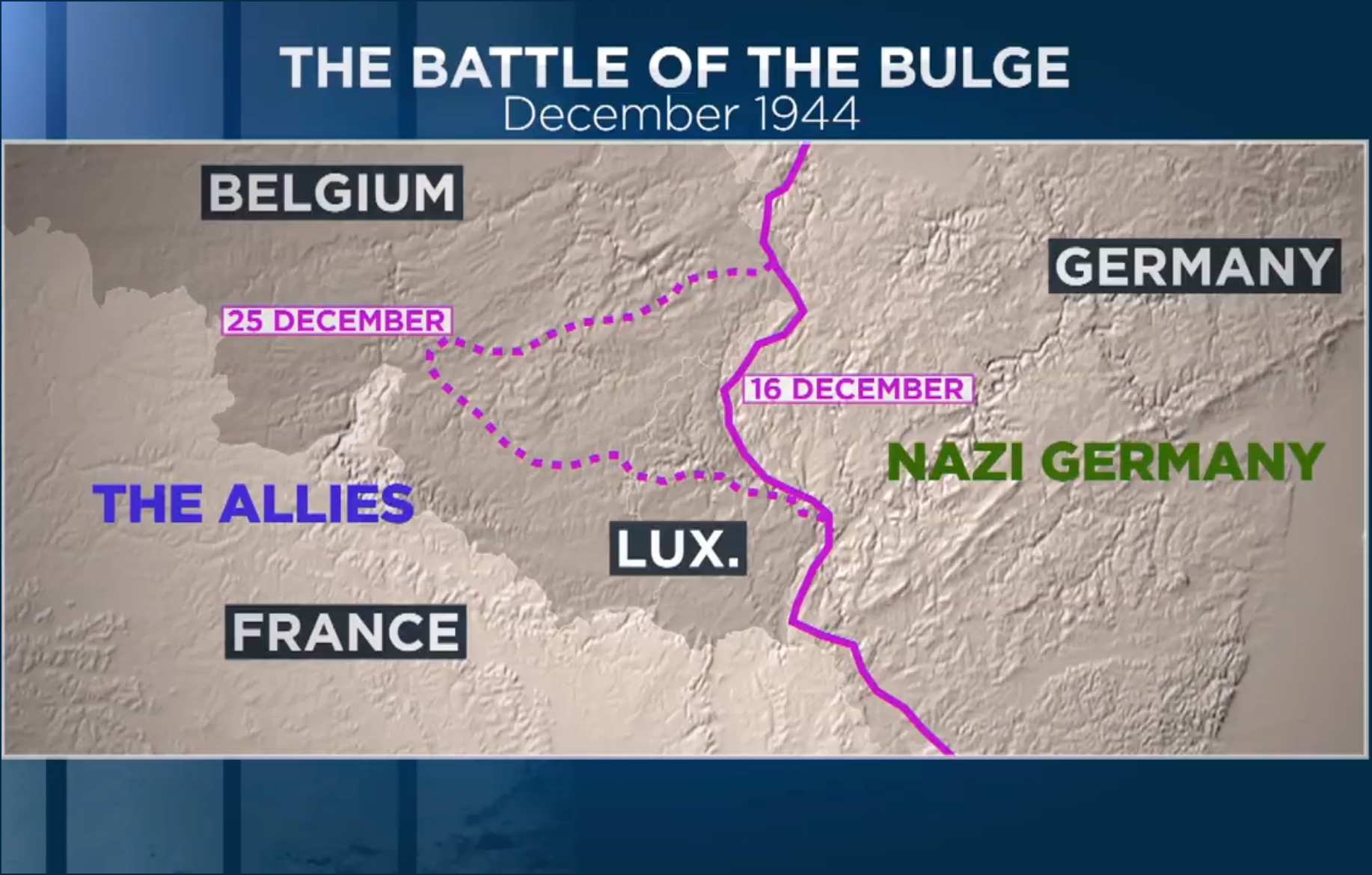 “The Germans were going to put artillery on us and we couldn’t do anything about it,” Herb Sheaner, who was 19 when he fought in the battle, told Stars and Stripes. “We had no defense. We hadn’t eaten for five days. So we surrendered.”

U.S. forces, however, eventually beat back the Nazi offensive and set up an invasion of Germany.

…George Merz, a 94 year-old veteran from Louisville, Ky., who made the trip with other veterans, said, “I feel like I’m a part of these people. I feel like I’ve come home.”

In Bethpage, N.Y., five veterans who survived the fight were honored Sunday at The Museum of American Armor. The event there included a parade of tanks and armored vehicles from the era.

“It’s very important to keep this alive,” Army veteran David Marshall, 95, said. “More and more people are beginning to realize what occurred and what World War II veterans did for the country. We’re living in a free society because of what happened in World War II.”

Published by UPI on December 16, 2019. Reprinted here for educational purposes only. May not be reproduced on other websites without permission from United Press International.

1. For BELGIUM, give the following information:

From the Associated Press:

Out of the blue at dawn, over 200,000 German troops counter-attacked across the front line in Belgium and Luxembourg, smashing into battle-weary U.S. soldiers positioned in terrain as foreign to them as it was familiar to the Germans.

Yet somehow, the Americans blunted the advance and started turning back the enemy for good, setting Allied troops on a roll that would end the war in Europe less than five months later.

This battle gained fame not so much for the commanders’ tactics but for the resilience of small units hampered by poor communications that stood shoulder to shoulder to deny Hitler the quick breakthrough he so desperately needed. Even though the Americans were often pushed back, they were able to delay the German advance in its crucial initial stages.

“It was ultimately the intrepid, indomitable spirit of the American solider that brought victory,” U.S. Defense Secretary Mark Esper said.

When the fortunes of war turned, it was most visible in the southern Ardennes town of Bastogne, where surrounded U.S. troops were cut off for days with little ammunition or food.

When Brig. Gen. Anthony C. McAuliffe of the 101st Airborne received a Dec. 22 ultimatum to surrender or face total destruction, he offered one of the most famous – and brief – replies in military history: “Nuts.” Four days later, U.S. troops broke the Nazi encirclement.

“News of their fierce defense quickly spread, boosting the morale of allied forces all along the Western Front,” Esper said.

After the fighting in the Battle of the Bulge ended on Jan. 28, 1945, Allied forces invaded Germany, eventually leading to the Nazi surrender and the end of the war in Europe.

German Counteroffensive (Battle of the Bulge). In December 1944 Adolph Hitler directed an ambitious counteroffensive with the object of regaining the initiative in the west and compelling the Allies to settle for a negotiated peace. Hitler’s generals were opposed to the plan, but the Fuhrer’s will prevailed and the counteroffensive was launched on 16 December by some 30 German divisions against Allied lines in the Ardennes region. Allied defenses there had been thinned to provide troops for the autumn defensive. Hitler’s intention was to drive through Antwerp and cut off and annihilate the British 21st Army Group and the U.S. First and Ninth Armies north of the Ardennes.

Aided by stormy weather which grounded Allied planes and restricted observation, the Germans achieved surprise and made rapid gains at first, but firm resistance by various isolated units provided time for the U.S. First and Ninth Armies to shift against the northern flank of the penetration, for the British to send reserves to secure the line to the Meuse, and for Patton’s Third Army to hit the salient from the south. Denied vital roads and hampered by air attack when the weather cleared, the German attack resulted only in a large bulge in the Allied lines which did not even extend to the Meuse River, the Germans’ first objective. The Americans suffered some 75,000 casualties in the Battle of the Bulge, but the Germans lost 80,000 to l00,000. German strength had been irredeemably impaired. By the end of January 1945, American units had retaken all ground they had lost, and the defeat of Germany was clearly only a matter of time. In the east the Red Army had opened a winter offensive that was to carry, eventually, to and beyond Berlin.

Read the “Presidential Message on the 75th Anniversary of the Battle of the Bulge” at whitehouse.gov. 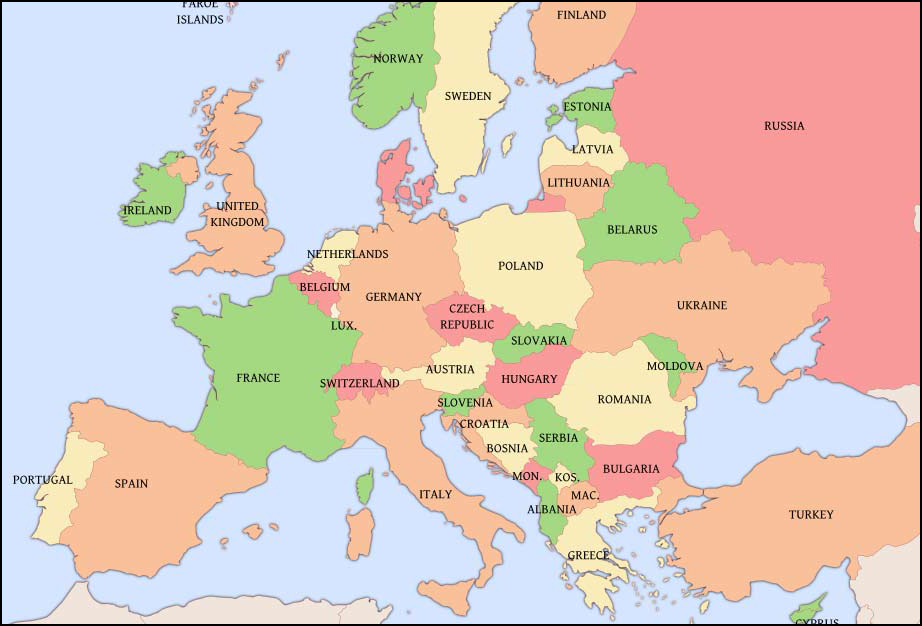