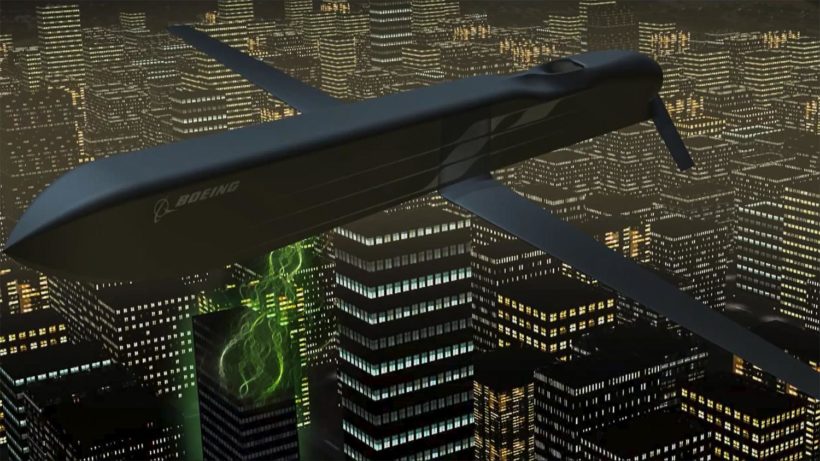 In The Meantime:
See our Archives for past articles, questions, quizzes and cartoons. –on the main menu look for “Archives”

If you are viewing this on the app, you will need to visit www.StudentNewsDaily.com and click on “Archives” in the main menu.

(by Jack Moore, Newsweek) – The U.S. has a microwave weapon that could fry the electronics of North Korea’s missiles and prevent them from launching, according to a weapons development official.

The weapons, known as CHAMPs, have a range of some 700 miles and can use microwave energy to bring down electronic systems in enemy territory. The devices are delivered while attached to B-52 bombers.

As a war of words continues to escalate between Pyongyang and Washington, President Donald Trump’s administration is considering all possibilities in the event of an outbreak of conflict with the pariah state.

Officials have become so concerned about North Korea’s missile launches that the microwave weapons were discussed at an August White House meeting on North Korea, two officials told NBC News.

The CHAMP, which began development in 2009, is known to have only been tested once, in 2012, as other tests are being kept top secret. But the weapon is now operational after testing.

The U.S. military has used such technology previously in Afghanistan and Iraq, where it has fought protracted wars against radical Islamist insurgents, to disable drones and improvised explosive devices.

If successful, the weapons will be able to knock out the many electronics that fill a missile control center. The precise details of how close the weapon would have to be to the electronics remains classified for fear of giving Kim Jong Un’s regime an advantage.

North Korea fired an intercontinental ballistic missile that landed in the Sea of Japan [on November 28] in what was an act of defiance against the Trump administration, the United Nations and its only diplomatic ally, China.

President Trump has used the threat of military action against North Korea, coupled with crippling economic sanctions, to try and deter Kim’s nuclear ambitions. Last week, Nikki Haley, the U.S.’s ambassador to the U.N., said that if conflict did break out between the two countries, North Korea’s regime would be “utterly destroyed.”

Originally published on Dec. 5 at Newsweek .com. Reprinted here for educational purposes only. May not be reproduced on other websites without permission from Newsweek.

In The Meantime:
See our Archives for past articles, questions, quizzes and cartoons. –on the main menu look for “Archives”

If you are viewing this on the app, you will need to visit www.StudentNewsDaily.com and click on “Archives” in the main menu.

1. What are CHAMPs? Be specific.

2. For what reason did U.S. officials discuss the use of CHAMPs during an August meeting on North Korea?

3. a) When was CHAMP developed?
b) When was it tested?

4. a) When and where has the U.S. military used the CHAMP technology?
b) For what purpose was it used?

5. In defiance of repeated warnings from the U.S., the United Nations and its only ally China, when did North Korea fire its latest intercontinental ballistic missile?

6. Kim Jong Un is a maniacal dictator. Following North Korea’s fifth nuclear test in 2016, Reuters wrote that “his regime said it had mastered the ability to mount a warhead on a ballistic missile, ratcheting up a threat that its rivals and the United Nations have been powerless to contain.”

In the same news story, Reuters reported that President Obama stated the test would be met with “serious consequences,” once he held talks with South Korea’s president and Japan’s Prime Minister. Unfortunately, Presidents Clinton, Bush and Obama were not able to prevent North Korea’s quest for nuclear weapons and the missile capability to target many countries.

President Trump has said his policy is to not tell enemy what we are going to do, but do give warnings.

The president has also said he does not want war with North Korea, and offered to negotiate with Pyongyang.

a) What do you think of President Trump’s tough talk, to possibly be followed up with action? Should he instead continue down the same road Presidents Clinton, Bush and Obama took? Should the U.S. and the world give in and agree to what Trump opponents say “we can’t do anything about it – we just have to get used to a nuclear-armed North Korea”?

b) Ask a parent the same question. Discuss your answers.

CHAMP – Theoretically, the new missile system would pinpoint buildings and knock out their electrical grids, plunging the target into darkness and general disconnectedness.