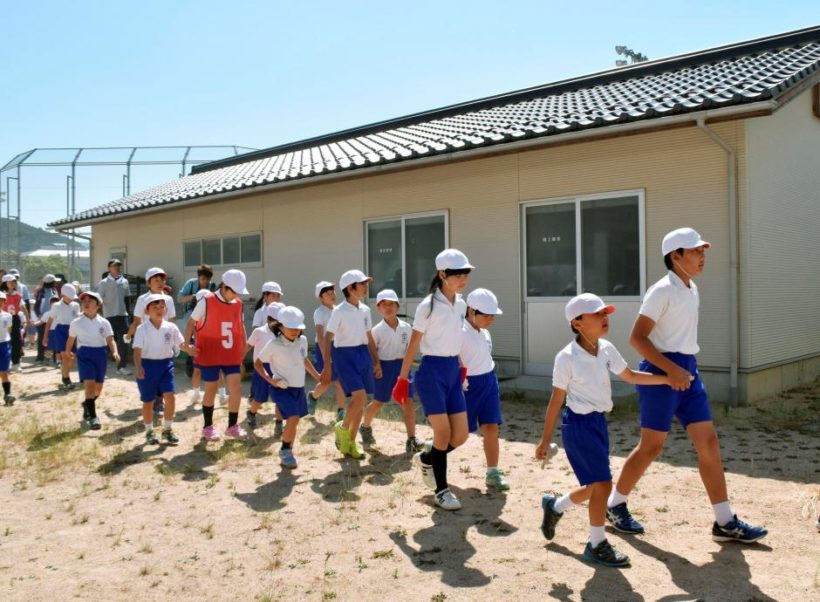 (by Julian Ryall, Daily Telegraph, published Dec. 5) – Millions of residents of Tokyo are to take part in evacuation drills simulating a North Korean nuclear attack on the Japanese capital.

The national and city governments are to carry out a series of exercises between January and March to prepare for a potential attack on Tokyo, the Sankei Shimbun newspaper reported, the first time that a major Japanese city will have carried out responses to a simulated attack.

Towns facing the Korean Peninsula have in recent months conducted similar drills, with residents instructed to seek shelter in response to sirens warning of an imminent missile strike.

But the Japanese government has until now resisted calls for major cities to carry out similar exercises on the grounds that they would alarm the public.

Shinzo Abe, the prime minister, has also called in local governments throughout the country to identify underground facilities or buildings that are sufficiently sturdy to withstand a missile attack and to designate those facilities as shelters.

Given North Korea’s worsening relations with surrounding nations and the regime’s advances in nuclear weapons and missile systems, many in Japan believe evacuation exercises for the public are a prudent precaution.

“I believe the threat is very real and that war could break out at any time,” said Ken Kato, a human rights campaigner who lives in Tokyo. Nearly 9.3 million people live in the city, with millions more travelling into the metropolis every day for work.

“I also believe that the average Japanese person does not want to think about the worst-case scenario because it is simply too unpleasant, but we cannot keep our heads in the sand any longer,” he told The Telegraph.

“Evacuation drills are a sensible precaution that would help to minimise casualties, in much the same way as we practice what to do in the event of a major earthquake,” he said.

“And if war did break out, then I think it is unfortunately inevitable that North Korea would target Tokyo,” he added. “The US has a major military base at Yokota, to the west of the city, and its main naval base in the region is at Yokosuka, to the southwest.

“It is hard to believe they would not want to strike those military concentrations,” he said, adding that it is unlikely that the North Korean regime would be particularly concerned about casualties among civilians living nearby.

A study by analysts at the US-Korea Institute at Johns Hopkins University and published on the 38 North web site in October suggested that a 250 kiloton airburst over the centre of Tokyo would cause nearly 698,000 fatalities and injuries to a further 2.47 million people. Those figures would rise significantly if the city was targeted with multiple warheads. 2. For JAPAN:
a) list the who, what, where and when of the news item
b) Japanese towns facing the Korean Peninsula have in recent months conducted similar drills, with residents instructed to seek shelter in response to sirens warning of an imminent missile strike. Why has the Japanese government until now resisted calls for major cities to carry out similar exercises?
c) How many people will be involved in the Tokyo drill? (What is the population of Tokyo + those traveling into Tokyo daily for work)
d) Consider the proximity of Japan to North Korea and the threat posed by that unstable regime. Do you think the Japanese government is unnecessarily frightening its citizens with the drills, or doing its job to protect citizens to the best of its ability? Explain your answer.