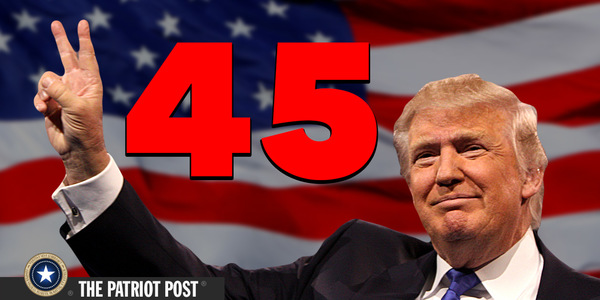 (from FoxNews) — Donald Trump won the Electoral College vote on Monday and secured his election as the 45th president of the United States, as the latest – and perhaps last – stop-Trump movement failed to gain traction in state capitals.

A fervent push by anti-Trump forces to persuade electors to defect had turned the normally mundane civic procedure into high drama.

But Trump easily surpassed the 270 electoral votes needed to win, as representatives tabbed to cast ballots in accordance with their states’ Nov. 8 decision mostly adhered to the election results. After all the states had voted, Trump finished with 304 votes and Clinton had 227.

Republican National Committee Co-Chair Sharon Day urged Trump’s detractors to stop fighting his election, now that his victory is affirmed. She said in a statement, “This historic election is now officially over and I look forward to President-elect Trump taking the oath of office in January. For the good of the country, Democrats must stop their cynical attempts to undermine the legitimacy of this election, which Donald Trump won decisively in the Electoral College with more votes than any Republican since 1988.”

[Some electors did switch their votes from the candidate who won their state], with most [switches] occurring on the Democratic side. A Democratic elector in Maine tried to vote for Sen. Bernie Sanders, but switched to Clinton after it was ruled improper. Another who tried to vote for Sanders in Minnesota was replaced; a Colorado elector who tried to back Ohio Gov. John Kasich likewise was replaced. One of the biggest deviations was in Washington state, where three electors voted for Colin Powell and one voted for “Faith Spotted Eagle;” the remaining eight went to Clinton, the state’s winner. [See “Background” below the questions for more.].

It marked the first time in four decades the state’s electors broke from the popular vote. Washington Secretary of State Kim Wyman vowed to work with the state attorney general and charge the four faithless electors* with a violation of Washington state civil law. Such violations carry a fine up to $1,000. [*A faithless elector is a member of the United States Electoral College who does not vote for the presidential or vice-presidential candidate for whom they had pledged to vote.]

With Trump’s win now secured, a joint session of Congress is scheduled for Jan. 6 to certify the results.

…Only one Republican elector – Texas’ Chris Suprun – publicly stated he would vote for an alternative candidate. (He backed Kasich, while another Texas elector used his ballot to vote for former congressman Ron Paul.) More than three dozen Republicans would have had to abandon Trump to complicate his path to the presidency.

But GOP electors still faced immense pressure — with some even receiving threats — from [anti-Trumpers] in the run-up to Monday’s Electoral College vote. Those urging disorder in state capitals often cited Clinton’s popular-vote win, by roughly 2.6 million votes, over Trump in November.

Celebrities made public appeals to electors to [become faithless electors] to upend Trump’s victory, as some Democratic electors tried to persuade their Republican counterparts to defect. …

As electors met, thousands of protesters descended on state capitals Monday in one last push to convince Trump voters to change their minds.

In Arizona, dozens of protesters gathered outside the meeting site, marching around the Capitol mall and carrying signs that said, “Stop Trump.” More than 200 demonstrators gathered at Pennsylvania’s Capitol, chanting, “No treason, no Trump!”

Both states, and dozens of others, cast their electoral votes for Trump anyway. …

Leading up to Monday’s Electoral College vote, Republican electors said they were deluged with emails, phone calls and letters urging them not to support President-elect Trump. Many of the emails were part of coordinated campaigns.

“The letters are actually quite sad,” said Lee Green, a Republican elector from North Carolina. “They honestly believe the propaganda. They believe our nation is being taken over by a dark and malevolent force.”

Wirt A. Yerger Jr., a Republican elector in Mississippi, said, “I have gotten several thousand emails asking me not to vote for Trump. I threw them all away.”

Arizona elector Robert Graham told Fox News on Saturday that the state’s 11 electors received hundreds of thousands of emails telling them not to vote for Trump and that he’s received information that some of the other 10 have been followed or have received a death threat.

“It’s out of hand when you have such … a small group of people that is pushing so hard against millions if not hundreds of millions of people who still appreciate this whole system,” said Graham, chairman of the Arizona Republican Party. “The Electoral College is part of the Constitution.”

After a joint session of Congress certifies the results on Jan. 6, the next president will be sworn in on Jan. 20.

The Associated Press contributed to this report. Reprinted here for educational purposes only. May not be reproduced on other websites without permission from Fox News.

1. a) How many electoral votes does a presidential candidate need to win the election?
b) How many votes did Hillary Clinton and Donald Trump each get?

2. What did anti-Trump protesters attempt to do ahead of the Electoral College vote?

3. a) Now that Trump has decisively won the Electoral College vote, what is RNC Co-Chair Sharon Day urging Trump’s detractors to do?
b) Do you agree with her reasoning? Explain your answer.

4. a) What is a faithless elector?
b) What is surprising about the number of electors who voted against their state’s chosen candidate?

5. How did the stop-Trump movement attempt to get electors to change their votes? Be specific.

6. It is rare for more than one elector to vote against the party’s pledged candidate.
a) Do you think people opposed to Donald Trump’s election should have been attempting to persuade or threaten electors to vote against the will of the people in their states? Why or why not? Explain your answer.
b) Ask a parent the same question.

The NY Times reported on Dec. 19: “A Historic Number of Electors Defected, and Most Were Supposed to Vote for Clinton”:

This week, in Washington, a state where Senator Bernie Sanders of Vermont had strong support in the Democratic primary against Hillary Clinton, three of the state’s 12 electoral votes went to Colin L. Powell, the Republican former secretary of state. One more elector voted for Faith Spotted Eagle, a Native American leader. Another Democratic elector in Hawaii voted for Mr. Sanders.

In addition, three Democratic electors, in Colorado, Maine and Minnesota, initially declined to vote for Mrs. Clinton. Two were replaced by an alternate, and one ended up changing his vote.

Electors are not required by the Constitution to vote for a particular candidate. Some states and parties require their electors to pledge to vote for a candidate and may fine or replace electors who break their pledge. (from nytimes .com)

How the Electoral College Works

(by Kevin Bonsor, HowStuffWorks) – The votes of the Electoral College, comprised of 538 electors divvied up by state, elect the president weeks after Americans vote in a presidential election.

State legislatures are responsible for nominating electors. The process can actually differ from state to state. In general, though, the two most common ways are:

1. The elector is nominated by his or her state party committee (perhaps to reward many years of service to the party).
or
2. The elector campaigns for a spot and the decision is made during a vote held at the state’s party convention.

Usually, electors are people who are politically active in their party (be it Democrat, Green, Libertarian, Republican or Independent) or connected to the political arena. This includes political activists, party leaders, elected officials of the state and even people who have personal or political ties to the presidential candidates.

The Electoral College members for each state are voted on by the state’s residents on voting day. In some states, the electors’ names are printed on the ballots directly under the presidential candidates’ names or grouped by party somewhere else on the ballot. In other states, the names of electoral college nominees are not even listed on the ballot.

Forty eight states have a winner-take-all system, where all electors go with the candidate who wins the popular vote regardless of how close the vote is.

Most of the time, electors cast their votes for the candidate who has received the most votes in the state he or she represents, or for the candidate affiliated with his or her political party. However, there have been times when electors have voted contrary to the people’s decision. When electors cast their vote without following the popular vote or their party vote, they are known as faithless electors [source: Weingast].

In response to faithless electors’ actions, at least two dozen states have created laws to enforce an elector’s pledge to his or her party vote or the popular vote. Some states even assess a misdemeanor charge and a fine. For example, the state of North Carolina fines faithless electors $10,000. However, a number of scholars believe such state-level laws would not survive constitutional challenge; of the 158 faithless electors, none have ever been punished [source: Project Vote Smart].