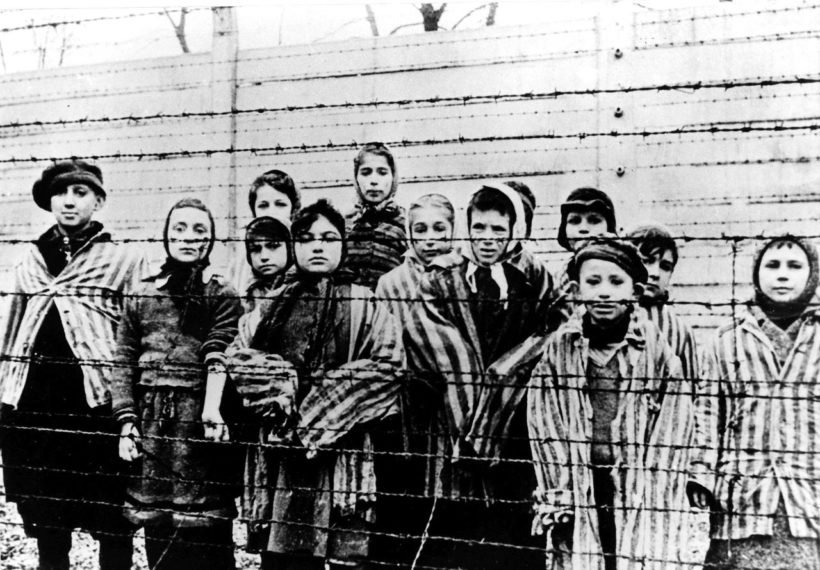 A picture taken just after the liberation by the Soviet army in January, 1945, shows a group of children wearing concentration camp uniforms at the time behind barbed wire fencing in the Oswiecim (Auschwitz) Nazi concentration camp. AP Photo/CAF pap, file

Soldiers freed more than 7,000 people who had been held at the camp by Nazi Germany. They were starved and tortured.

The Soviets also found piles of corpses and piles of clothing, shoes and human hair removed from people who had been executed in the gas chamber.

The soldiers were not prepared for what they would find, according to history.com.

“They rushed toward us shouting, fell on their knees, kissed the flaps of our overcoats, and threw their arms around our legs,” remembered Georgii Elisavetskii, one of the first Red Army soldiers to step into Auschwitz. After five years of hell, Auschwitz was liberated at last.

History.com reported, “Eva Mozes Kor was 10 years old when she spotted the soldiers. She was one of a group of hundreds of children who had been left behind, and she had endured [terrible mistreatment] during her imprisonment. She remembered how the soldiers gave her ‘hugs, cookies and chocolate. … We were not only starved for food but we were starved for human kindness.’”

Auschwitz-Birkenau is a lasting symbol of the horror of the Holocaust. Millions of people visit it each year to pay homage to the lives senselessly and brutally lost there. 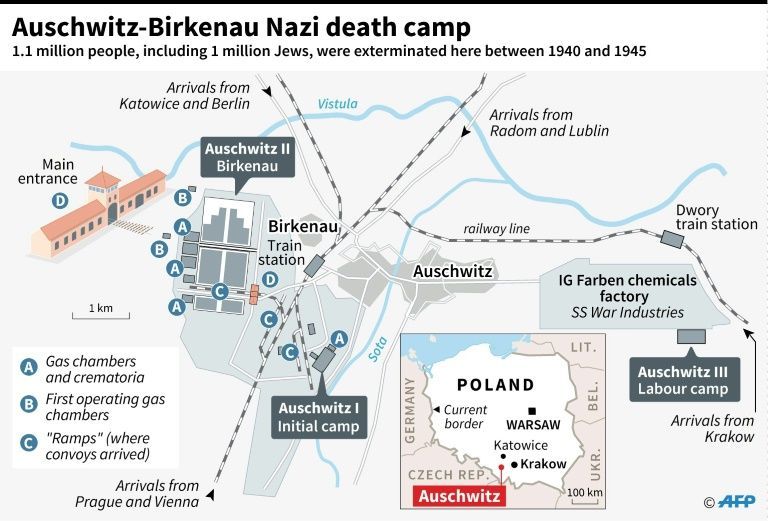 During World War II by mid-January, the Soviet Army was approaching Auschwitz. The SS – Adolf Hitler’s ruthless organization which ran the camps – began destroying evidence and emptying the concentration camp by forcing 60,000 prisoners – mostly Jews – to march west. Prisoners who fell behind were shot. Fifteen thousand people died on the death marches.

According to the United States Holocaust Memorial Museum, thousands of prisoners also were killed in the days prior to the marches.

“It is estimated that at minimum 1.3 million people were deported to Auschwitz between 1940 and 1945; of these, at least 1.1 million were murdered,” according to the museum.

The Holocaust began in 1933 when Hitler came to power. It ended in 1945 when Hitler and the Nazis were defeated.

During the Holocaust, 11 million people died including 1.1 million children. Of those 11 million, 6 million were Jews.

“The Holocaust was the systematic, state-sponsored persecution and murder of six million Jews by the Nazi regime and its allies and collaborators,” according to the museum. “The Nazis came to power in Germany in January 1933. They believed the Germans belonged to a race that was ‘superior’ to all others. They claimed that the Jews belonged to a race that was ‘inferior’ and a threat to the so-called German racial community.”

Published at pennlive .com. Reprinted here for educational purposes only. May not be reproduced on other websites without permission.

3. What actions did the SS take as the Soviet army approached Auschwitz in January 1945?

4. How is the United Nations’ International Holocaust Remembrance Day different from Yom HaShoah?

5. Read the “Background” and look through some of the links under “Resources” below. Why is it vital for Holocaust Remembrance Day to be taught and commemorated in schools and communities in the U.S. and around the world?