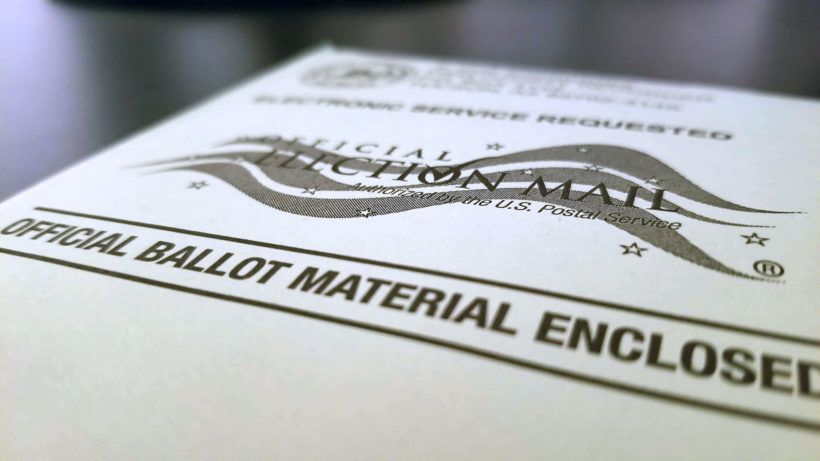 (by Jack Torry, Dayton Daily News, Washington Bureau)  — The U.S. Supreme Court in June upheld an Ohio election law that allows officials to remove voters from the rolls if they have not either voted in six years or responded to notices from election officials.

Writing for the majority in a 5-4 decision, Justice Samuel Alito wrote that Ohio’s system to keep voter rolls up to date does not violate federal laws approved in 1993 and 2002 by Congress. (Under the laws, states cannot remove voters from registration lists because of their failure to vote. They can do so if voters don’t respond to confirmation notices.)

“We have no authority to second-guess Congress or to decide whether” Ohio’s law “is the ideal method for keeping its voting rolls up to date,” Alito wrote. “The only question before us is whether it violates federal law. It does not.”

The justices overruled a 2016 decision by a three-judge panel of the 6th U.S. Circuit Court of Appeals. In that decision, the court sided with the plaintiffs who argued that Ohio’s system violated federal law by discriminating against low-income voters.

Justice Alito began his majority opinion by observing that an estimated “24 million voter registrations in the United States—about one in eight—are either invalid or significantly inaccurate.” He said failing to vote cannot be the sole reason for purging voters, but Ohio “removes registrants only if they have failed to vote and have failed to respond to a notice.”

“A state violates the failure-to-vote clause only if it removes registrants for no reason other than their failure to vote,” Alito said. By contrast, he said, Ohio waits six years before removal, following federal law “to the letter.”

Federal law allows states to rely on change-of-address forms that citizens file with the U.S. Postal Service as evidence that a voter has changed residence. Ohio, like most states, relies on such reports as a principal method to keep rolls current. But because some 40% of people who move don’t alert the Postal Service, Ohio uses its “supplemental process” as a backstop for residence changes.

Justice Alito observed that the Ohio supplemental process doesn’t simply delete voters who fail to vote for a specified period, a process that Congress specifically outlawed.

Instead, such a failure to vote for 2 years triggers the state’s effort to confirm that the citizen hasn’t moved, offering him or her the chance to ensure their continued registration by returning a pre-paid postcard – or voting in a coming election over the next 4 years.

While people might toss junk mail without a thought, Justice Alito wrote, the Ohio notice “is nothing like the solicitations for commercial products or contributions that recipients may routinely discard.”

“The notice in question here warns recipients that unless they take the simple and easy step of mailing back the preaddressed, postage prepaid card — or take the equally easy step of updating their information online—their names may be removed from the voting rolls if they do not vote during the next four years,” Alito wrote.

“It was Congress’s judgment that a reasonable person with an interest in voting is not likely to ignore notice of this sort.”

In her dissent, Justice Sotomayor wrote that Congress passed what is known as the National Voter Registration Act of 1993 “against the backdrop of substantial efforts by states to disenfranchise low-income and minority voters, including programs that purged eligible voters from registration lists because they failed to vote in prior elections.”

This assertion prompted a response from Alito who wrote that Sotomayor’s dissent “says nothing about what is relevant in this case – namely the language of the” 1993 federal law. He described as “misconceived” her assertion that minority and low-income voters would be disenfranchised.

“It is undisputed that Ohio does not remove a registrant on change-of-residence grounds unless the registrant is sent and fails to mail back a return card and then fails to vote for an additional four years,” Alito wrote.

The procedure has been the same for years, under both GOP and Democratic secretaries of state.

In addition to Justice Sotomayor, Justice Breyer wrote a dissent in which he was joined by Justices Kagan, Sotomayor, and Bader Ginsburg, marking the sixth time in the 2017-18 term the four liberals dissented as a bloc. Rather than focusing on messy voter rolls, he recited the history of literacy tests, poll taxes and other restrictions he said were designed to “keep certain groups of citizens from voting.”

Breyer noted that most voters simply ignore the warning notices, leaving their failure to vote as the principal cause for being purged from the rolls. The number who don’t vote or return notices far exceeds the number who actually have moved, he said.

The case came about when Ohio resident Larry Harmon challenged the process arguing that he was removed from the rolls even though he had not moved, but rather had opted not to vote in 2009 and 2010. When he showed up at the polls in 2015 he was told his registration had been canceled. He claimed no recollection of receiving a confirmation notice from the state and he later brought suit along with two public interest groups called the Northeast Ohio Coalition for the Homeless and the A. Philip Randolph Institute.

Compiled from reports at Dayton Daily News and USA Today on June 11, 2018, with excerpts from The Hill, WSJ and CNN. Reprinted here for educational purposes only. May not be reproduced on other websites without permission.

2. a) For what reason did the U.S. Supreme Court uphold Ohio’s voter registration law?
b) How did Justice Alito explain the majority decision? Be specific.

3. Ohio, like most states, relies on change-of-address forms that citizens file with the U.S. Postal Service as evidence that a voter has changed residence as a principal method to keep rolls current. Why then do they need the supplemental process?

4. In his majority opinion, how did Justice Alito address the assertion that people would just throw away the postcard from the election board asking them to confirm their address?

5. a) In their dissents, what accusation did both Justice Sotomayor and Justice Breyer make?
b) Read the explanation of Ohio’s voter registration law under “Background” below. Consider the reasoning behind Justice Alito writing for the majority and Justices Sotomayor and Bryer writing for the dissent.
Democratic National Committee chairman Tom Perez said, “Make no mistake: This case was about nothing more than Ohio Republicans trying to tilt elections in their favor by blocking communities of color from the ballot box — all under the guise of preventing ‘voter fraud.”
Liz Kennedy, senior director of the liberal Democracy and Government Reform at the Center for American Progress said, ”The Supreme Court has just given a stamp of approval to voter suppression. Ohio’s system of purging voters that choose not to participate in some elections unfairly silences hundreds of thousands of voters in the state, especially people of color and the homeless.”
To disenfranchise is: to prevent (a person or group of people) from having the right to vote. What do you think? – Is the state of Ohio attempting to disenfranchise low income and/or minority voters, or is Ohio working to ensure only people eligible to vote in various districts are on the voter rolls? Explain your answer.

CHALLENGE: In addition to sending postage paid return postcards and other mailings to voters, can you think of a way/ways for the Ohio election board to inform every voter about the six year rule to ensure that everyone knows about it?

Ohio’s “Use it or lose it” voter registration law:

Did you know that all states take steps to keep their voter registration rolls (the list of eligible voters) accurate and up-to-date? (Visit ncsl.org for info.) [This blurb added Sept. 11, 12:23 est]

Read the decision on Husted v. Randolph Institute at supremecourt.gov/opinions

Ohio residents, check your voter status at the Ohio elections page: voterlookup.sos.state.oh.us (Residents of other states should also check your voting registration status by visiting your state’s Election webpage).