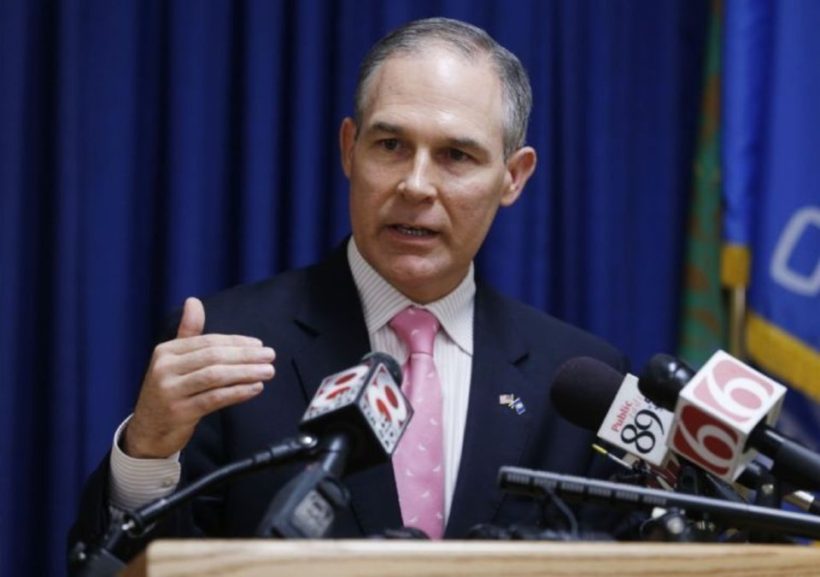 (compiled from articles by Lawrence Hurley, Reuters and David G. Savage, LA Times) – [By a 6-2 vote], the Supreme Court on Monday threw out a lawsuit filed by the states of Nebraska and Oklahoma against their neighbor Colorado over a law approved as a ballot initiative by Colorado voters in 2012 that allows the recreational use of marijuana.

The court declined to hear the case filed by Nebraska and Oklahoma, which said that marijuana is being smuggled across their borders and noted that federal law still prohibits the drug. “The state of Colorado authorizes, oversees, protects and profits from a sprawling $100-million-per-month marijuana growing, processing and retailing organization that exported thousands of pounds of marijuana to some 36 states in 2014,” they said. “If this entity were based south of our border, the federal government would prosecute it as a drug cartel.”

Colorado stands by its law. It noted that the Obama administration has indicated the federal government lacks the resources and inclination to enforce fully the federal marijuana ban. Colorado should stop refusing to take reasonable steps to prevent the flow of marijuana outside of its borders and the Obama administration should enforce federal law against marijuana, Pruitt added.

Nebraska Attorney General Doug Peterson expressed disappointment with the Supreme Court’s action, but said it does not bar new challenges to Colorado’s law in federal court.

Colorado has said that the Supreme Court was not the proper place to resolve the case. The lawsuit by Oklahoma and Nebraska was filed under the court’s “original jurisdiction,” which allows justices hear to disputes between states that are not first reviewed by lower courts. (SEE “Background” below for more on original jurisdiction.)

Washington state also voted in 2012 to legalize recreational marijuana use by adults, while Oregon, Alaska and the District of Columbia followed in 2014.

Last year, the justices asked U.S. Solicitor Gen. Donald Verrilli to weigh in on the interstate legal battle over marijuana, and in December, he urged the court to turn away the lawsuit. Nebraska and Oklahoma have not suffered a “direct injury” from their neighbor to the West, he said, and they remain free to vigorously police marijuana in their states.

In response, the Nebraska and Oklahoma state attorneys said the Justice Department has “turned its back” on enforcing the federal law and is permitting it to be “dismantled by piecemeal nullification.”

“This was a meritless lawsuit, and the court made the right decision,” Mason Tvert of the pro-legalization Marijuana Policy Project said. “States have every right to regulate the cultivation and sale of marijuana, just as Nebraska and Oklahoma have the right to maintain their failed prohibition policies.”

Justices Clarence Thomas and Samuel A. Alito Jr. dissented Monday. “The plaintiff states have alleged significant harms to their sovereign interests caused by another state,” Thomas wrote. “We should let this complaint proceed further rather than denying leave without so much as a word of explanation.”

(Additional reporting from Reuters by Heide Brandes in Oklahoma City)

Compiled from news reports at Reuters and Los Angeles Times. Reprinted here for educational purposes only. May not be reproduced on other websites without permission.

2. How did Colorado defend its law?

3. How did Oklahoma Attorney General Scott Pruitt respond when the Supreme Court declined to hear the case?

4. What did Nebraska Attorney General Doug Peterson say about the Court’s decision?

With whom do you agree: the Solicitor General or the two justices? Explain your answer.

It is important to recognize that state marijuana laws do not change the fact that using marijuana continues to be an offense under Federal law. Nor do state laws change the criteria or process for FDA approval of safe and effective medications. (from WhiteHouse .gov)

Federal law is created at the national level, and applies to the entire nation (all 50 states and the District of Columbia), and U.S. territories. The U.S. Constitution forms the basis for federal law; it establishes government power and responsibility, as well as preservation of the basic rights of every citizen.

State law is the law of each separate U.S. state and is applicable in that specific state. The state law applies to residents and visitors of the state, and also to business entities, corporations, or any organizations based or operating in that state.

When a state law is in direct conflict with federal law, the federal law prevails. (from Diffen)

Original Jurisdiction of the Supreme Court:

On the Supreme Court: