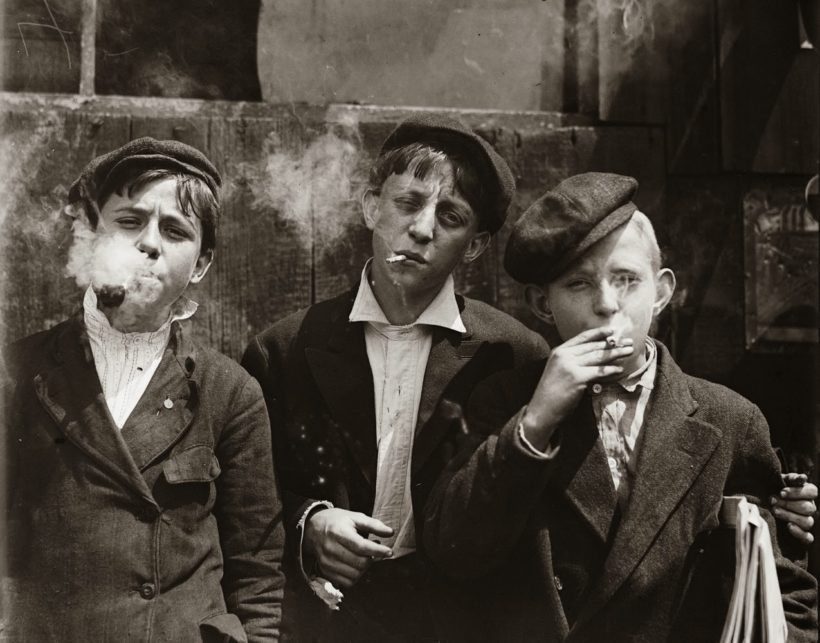 (by Tripp Mickle, The Wall Street Journal) – A government-commissioned study supports increasing the tobacco purchase age to 21 from 18, saying it would decrease early deaths, cut low birth weights and “substantially” reduce the number of 15- to 17-year-olds who begin smoking.

Only Congress, which required that the U.S. Food and Drug Administration (FDA) commission the report, has the power to increase the tobacco purchase age nationally. States and cities can raise the age in their jurisdictions.

A new study finds that raising the tobacco purchase age to 21 from 18 could impact the rate of teenagers who take up smoking.

The report by a panel at the independent Institute of Medicine examined the impact of increasing the age to 19 on teenagers. The committee also looked at how raising the age to 21 would affect 18- to 20-year-olds, and how boosting it to 25 would affect 21- to 25-year-olds.

The report adds momentum to a state and local grass-roots movement to raise the legal age for buying cigarettes and other tobacco products to 21, a trend that poses a serious challenge for the $100 billion U.S. tobacco industry.

Raising the age would immediately deprive the industry of as much as 2% of sales, according to an estimate published last year in the American Journal of Public Health by Jonathan Winickoff, associate professor of pediatrics at Harvard Medical School.

Tobacco companies differed in their reactions to the report. Marlboro-maker Altria Group Inc. said Thursday that local governments should let the FDA and Congress weigh in before changing age limits. Newport-maker Lorillard said it supports current minimum age laws. Camel-maker Reynolds American Inc. said it would leave the minimum age up to city, state and federal authorities. In a statement, Reynolds American said, “We are opposed to youth use of tobacco and agree that the minimum age of purchase is an important issue for discussion.”

Several cities recently raised the minimum purchase age to 21, including New York, Evanston, Ill., and Columbia, Mo., as did about 50 towns in Massachusetts. The majority of states have set the minimum age for tobacco purchases at 18. Four states have it at 19. The restrictions typically apply to all tobacco products, including cigars, moist snuff and electronic cigarettes.

The Institute of Medicine report estimates that increasing the tobacco purchase age to 21 would eventually reduce the number of Americans who smoke by 12% and result in 249,000 fewer premature deaths related to cigarette smoking for people born between 2000 and 2019. It also would result in about 286,000 fewer pre-term births and 438,000 fewer babies born with low birth weights.

“We hope and expect there will be substantial consideration at the state and local level of the findings of this report,” said Richard Bonnie, the chairman of the Institute of Medicine committee and a University of Virginia School of Law professor.

An estimated 42 million Americans smoke. About 16% of high-school students reported smoking a cigarette in the 30 days prior to a 2013 survey by the Centers for Disease Control and Prevention. The number of high-school smokers is a record low, down from 19.5% in 2009 and 35% in 1999.

Increasing the legal age would help disrupt cigarette use before it becomes ingrained as an adult habit. Nearly nine out of 10 smokers first light up by age 18, and 99% start by 26, according to a 2012 report by the U.S. Surgeon General. About two-thirds of smokers start lighting up daily before 18, and it appears to take less nicotine for teenagers to become addicted, compared with adults, the Surgeon General’s report added.

More than 70% of Americans and 58% of current smokers support raising the purchase age to 21, according to a study published last month in the peer-reviewed journal Tobacco Control. It was the first study to examine Americans’ appetite for changing the status quo. The majority said it was important that teens never experiment with tobacco. …

1. a) Who required the FDA to commission a study on the legal age for purchasing tobacco?
b) Why did they want this study?

2.  What positive impact / results would increasing the legal age for purchasing tobacco products have?

4. a) The U.S. tobacco industry makes $100 billion a year on the sale of their products. How much of that could they lose if the legal age for purchasing these products was raised to 21?
b) How have tobacco companies reacted to the Institute of Medicine report?

5. What is the reasoning behind the thought that raising the legal age to 21 would decrease the number of teens smoking?

6. a) Do you think the federal government should increase the national age requirement for purchasing tobacco products to 21? to 25?
b) Do you think most people would start smoking at 21 or older? Explain your answer.

7.  Should federal age restrictions be increased for other vices that have generally negative effects on people, such a gambling or drinking?  Explain your answer.