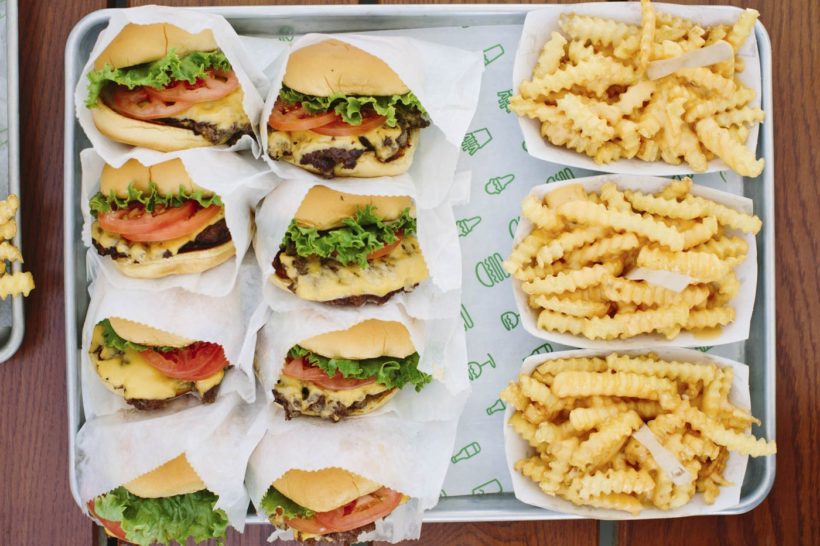 The popular burger chain announced on Monday that its newest New York City location will be cashless and kiosk-only. The chain plans to use the Astor Place branch as a testing ground for the cashless kiosk model, which eliminates the job of cashier. It also gets rid of its traditional order placing area. Customers at the Astor Place location will be ordering their food using an app or the touchscreen kiosks and paying with credit cards only. Buzzers at the burger joint, which was founded by famed restaurateur Danny Meyer, will be replaced by text messages to alert diners when their food is ready.

“The Shack kiosk was developed to allow Shake Shack to serve more guests at peak times – whether in-Shack, for pickup via the Shack App, or even delivery – resulting in fewer lines, less wait time and quicker speed of service at every channel. It’s a guest-centric approach,” she added.

The idea is that instead of spending time waiting in line, customers will now be able to leisurely walk through the restaurant and spot open seats while they wait. The orders will be ready at the counter.

The restaurant won’t be completely staff-free. Workers will guide diners at the kiosks and work through potential tech glitches. The new set up will be a test run for the chain, who boasts about its $15 minimum wage at its New York, California and Washington, D.C., locations.

“The Astor Place Shack will be a playground where we can test and learn the ever-shifting needs of our guests,” the chain’s CEO Randy Garutti said in a news release. “We’re excited to lead with kiosk-only ordering, putting control of the Shake Shack experience in our guests’ hands, and an optimized kitchen with increased capacity for mobile orders and eventual delivery integration to support ongoing digital innovation.”

Clark told Fox News the kiosks are not meant to replace human workers, but to “provide greater hospitality.”

The Astor Place location is expected to open this month.

Opting for touch-screen kiosks at its newest location in Manhattan’s East Village, as opposed to hiring human cashiers is a change from founder Danny Meyer’s statement last year when he said, “I know there is a temptation to replace human beings with robots or with iPads. We want you to leave there just skipping with delight, and so far we haven’t found anything that does that better, either in terms of the food or the hospitality, than people.”

[NY Business Journal reported in February, “The decision coincides with a trend where both fast-casual chains and fast-food venues alike have been embracing a new kind of automated restaurant with lower labor costs because they require fewer staff — even though their marketing materials say there will be a lot of hiring done.

Originally published at foxnews .com on October 3, 2017. Reprinted here for educational purposes only. May not be reproduced on other websites without permission from Fox News and NY Post.

1. How will customers place their orders at the new Shake Shack location in NYC?

2. What payment option will be eliminated at this location?

3. a) What is a kiosk?
b) Why is Shake Shack replacing human employees with kiosks? Be specific.

4. How will customers know when their order is ready?

5. a) What type of employees will the company hire for this location? (What type of jobs not mentioned in the article will still be necessary?)
b) If this system is a success and more fast-casual restaurants opt to follow the same model, do you think it will have a positive or negative effect on fast-food jobs available for teenagers? Explain your answer.