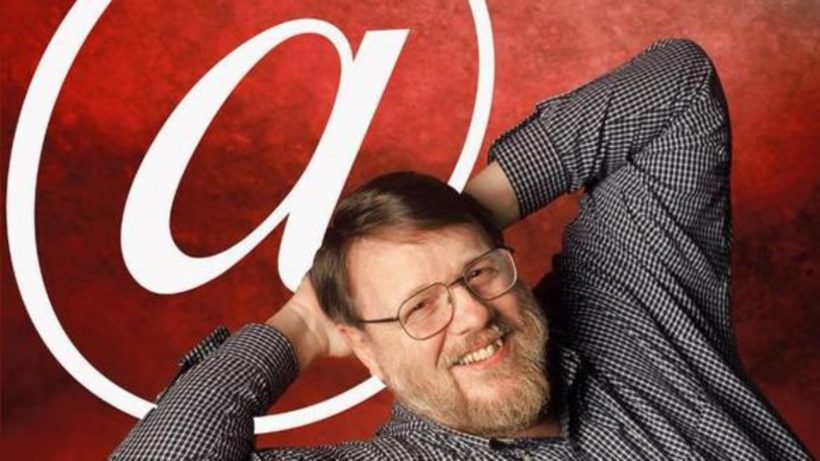 (KDVR.com) BOSTON — Ray Tomlinson, widely credited as the creator of email, has died, his employer, Raytheon, said Sunday. He was 74.

Tomlinson invented direct email messages in 1971. Before his invention, electronic messages could be shared only on a very limited network. …

Tomlinson, a graduate of Rensselaer Polytechnic Institute and MIT [Massachusetts Institute of Technology], was working for a Boston technology firm in 1971 when he decided to figure out a way for people to send messages via computer.

At the time, Tomlinson recalled, ARPANET — the Internet’s predecessor — was fairly new and the idea of sending messages from computer to computer was novel. Computers were often giant mainframe beasts that filled entire rooms.

Tomlinson had seen a mailbox protocol he’d thought was too complex. [Protocol is a procedure for carrying out a scientific experiment.]  In its place, he hacked together a simpler plan that included such now-commonplace concepts as the “@” sign — to denote the location of the correspondents — and the naming of the fields.

The reason for the “@” sign was mundane, he told NPR: Not only was it a little-used symbol, but “it’s the only preposition on the keyboard.”

Why bother at all, given the limited number of people using computers in those days? Well, Tomlinson told the Verge, the telephone was fine, “but someone had to be there to receive the call.” No voicemail back then; there were few answering machines and people who could afford it subscribed to answering services.

“Everyone latched onto the idea that you could leave messages on the computer,” he said. “As the network grew and the growth of all that accelerated, it became a really useful tool: there were millions of people you could potentially reach.”

For a couple decades thereafter, email was a novelty. It wasn’t until the explosion of the personal computer, followed by online services in the late ’80s and early ’90s — including America Online, Prodigy and CompuServe — that email became widespread.

In the age of texting, social media and smartphones, email has become somewhat less important to everyday communication, but it’s still pervasive: There were 3.9 billion email accounts in 2013, according to a study by the Radicati Group, and the number continues to grow.

Business alone accounts for 100 billion emails sent and received per day, as of 2013. (How much is actually read is another question.)

Tomlinson told the Verge his invention had worked out pretty much as he’d imagined, though the scale was far greater.

“I see email being used, by and large, exactly the way I envisioned. In particular, it’s not strictly a work tool or strictly a personal thing,” he said. “Everybody uses it in different ways, but they use it in a way they find works for them.”

Tomlinson was inducted into the Internet Hall of Fame in 2012.

Reprinted here for educational purposes only. From CNN News wire. May not be reproduced on other websites without permission from KDVR. .com (Fox 31 Denver).

2. In what year did Mr. Tomlinson invent email messaging?

3. What was Mr. Tomlinson trying to do when he invented email?

4. Why was Mr. Tomlinson’s invention so significant at the time?

7. What caused email use to become widespread?