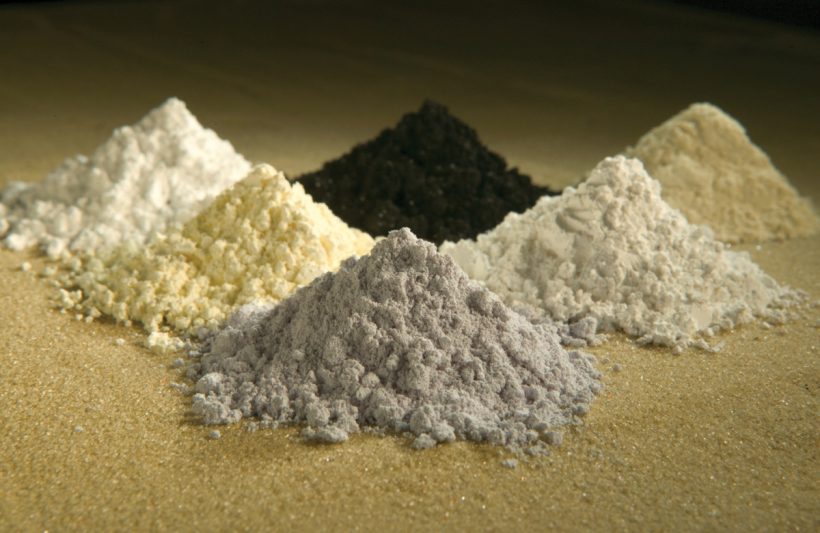 NOTE: This article was first published on February 1, 2021.
(by GQ Pan, The Epoch Times) – The U.S. Department of Defense has awarded $30 million in funding to Australia’s Lynas Corp to build a rare earth processing plant in Texas, as the nation continues to seek to break its reliance on Chinese imports of the critical minerals.

The facility will be able to process light rare earth elements (LREE), which are not only widely used in consumer goods such as cellphones and electric car motors, but also critical to the production of next-generation fighter jets and precision-guided missiles.

It’s not the first time Lynas, one of the few major non-Chinese rare earth miners, received federal funding for a U.S.-based project. Last year, the company teamed up with Texas’s Blue Line Corp to land a deal with the Pentagon to build a separation (processing) plant for heavy rare earth elements (HREE), which are used in the manufacturing of specialized military weapon systems.

Both plants will be built in Hondo, Texas, about 45 miles west of San Antonio. Lynas said it will be able produce a quarter of the world’s demand for rare earths once the facilities become operational.

Once the global leader in rare earths production from 1960s to 1980s, the United States is now almost entirely dependent on Chinese imports of rare earth materials. The Chinese communist government, seeing rare earth elements as a strategic resource that can be leveraged to its advantage in negotiations, spent decades transferring the American rare earth industry to China by using a combination of low labor costs and the absence of environmental standards.

That reliance on China for rare earth minerals has raised serious concerns, especially as Beijing seeks to take advantage of the United States’s and the world’s preoccupation with the CCP (Chinese Communist Party) virus pandemic. In October 2020, China said it would cut off rare earth supplies to American defense manufacturers that have been arming Taiwan’s defense force, including Lockheed Martin, which leads an industry team to develop and produce F-35 fighter jets.

“While demand for Rare Earth materials continues to grow, COVID-19 has exposed the risks within global supply chains of the single sourcing of critical materials,” Amanda Lacaze, Lynas’s CEO, said in a statement, adding that her company is the only non-Chinese commercial producer of separated rare earth products to the global marketplace.

“The Texas plant will ensure the US has a secure domestic source of high quality separated Rare Earth materials. This secure supply will provide the essential foundation for the renewal of downstream specialty metal making and permanent magnet manufacturing in North America,” Lacaze said.

NOTE: Rare earth elements are an assortment of 17 soft heavy metals found in the earth’s crust that are key in everything from cellphones to weapons systems, and China is estimated to control up to 80% of global production. The Pentagon noted light rare earth elements “are critical to numerous defense and commercial applications, including petroleum refining, glass additives, and magnets used in electric vehicle drivetrain motors and precision-guided munitions.” 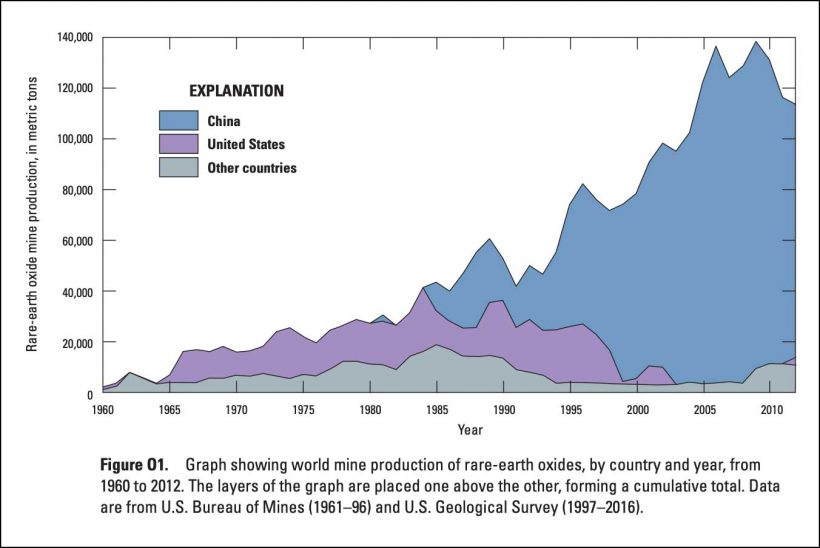 The Pentagon said its award to Lynas “aligns with the U.S. government’s strategy to ensure secure and reliable supplies of critical minerals” under an executive order by former President Donald Trump in 2017 and that it “follows a series of rare earth element actions the Department of Defense has taken in recent years to ensure supply and strengthen defense supply chains.”

Published at epochtimes .com on February 1. Reprinted here for educational purposes only. May not be reproduced on other websites without permission from The Epoch Times. Last 3 paragraphs from The Washington Examiner, Feb. 3, Jerry Dunleavy)

Before answering the questions, read the “Background” and watch an interview with the CEO of Lynas Corporation under “Resources” below.

2. a) For how long was the U.S. the global leader in rare earths production?
b) How did China’s communist government take over as major producer?
c) For what reason are the rare earths that are actually mined in the US shipped to China for processing?

3. What is the U.S. goal for funding Australia’s Lynas Corporation project?

4. a) How many rare earth elements are there?
b) List at least 5 products that require rare earths to manufacture.

5. When the Lynas facilities are both up and running in Texas, how much of the world’s rare earth elements will they produce?

6. What is the great concern over the Chinese communists being in control of something needed in the manufacture of so many necessary products?

7. In 2011, the Obama administration was aware of and concerned about the problem. Considering the problem of China controlling rare earth elements, do you think Trump made the right move to expand and fast-track permitting of potential mining – including rare earths – on federal lands? (note: environmental activists are opposed to all mining.)  Explain your answer.

The key ingredients in renewable energy technologies (wind, solar) are rare earth minerals. It takes a large amount of fossil fuel to extract them. Drastically scaling up the number of wind turbines and solar panels will drive up the price of everything else that uses rare earths, such as all of our electronic devices. And then there is the really big problem; China owns 90 percent of all rare earth mines. (from “What’s wrong with a carbon tax?“)

[Just as critical], many of the rare earths mined in the US are processed in the People’s Republic of China because it’s cheaper to have them do it than to pay for American regulatory environmental and workplace safety costs.

Although America has an abundance of rare earths, environmental opposition to mining them has resulted in a regulatory minefield of local, state, and federal rules that has turned permitting into a costly decades-long process.

Lawmakers have all but banned rare earth mineral exploration and development on materials-rich federal lands, and the few once-active mines have been shuttered largely due to compliance costs.

Mountain Pass in California is the sole U.S. remaining operating rare earth mine… [It must] send its mined ore to China for processing.

(from a Feb. 22 commentary by Larry Bell at newsmax .com)

Watch a Feb. 2, 2021 interview with the CEO of Lynas Corporation: