What’s wrong with a carbon tax?

Posted on January 31, 2019 in Thursday's Editorial 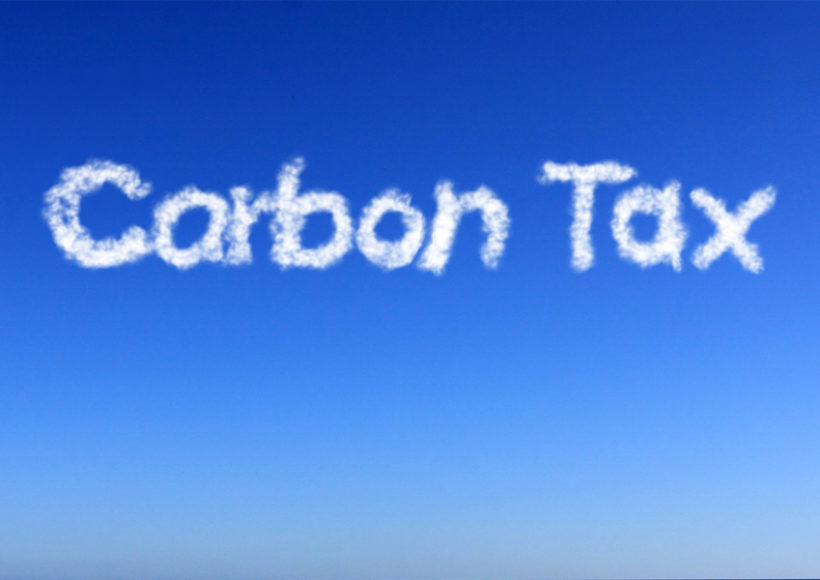 (by Mark Mathis, CFACT) – … A bipartisan group of Nobel Prize-winning economists, former Federal Reserve chairs and top economic advisers to recent presidents has endorsed a carbon tax. Their reasons for supporting the tax demonstrate a profound obliviousness to energy reality.

The idea of a tax on carbon is that it will cause people to use smaller amounts of oil, natural gas, and coal while driving innovation in the energy sector. But there’s a big problem with this kind of…thinking. Energy is not like any other commodity. It is the foundational component of all commodities and our options are extremely limited.

Take transportation as an example. Nearly all transportation is fueled by products created through the refining of crude oil. Natural gas is also a small contributor. Yes, we do have electric cars, buses, and trains, but their role is tiny in the overall picture. Also, don’t forget that the electricity must come from somewhere. Currently, it’s mostly created from coal, natural gas, and nuclear power. And, there’s also the fact that much of the car, bus or train is also made of products derived from oil and natural gas, such as the tires, paints, fabrics, lightweight plastics, lubricants, etc.

On the electricity side, the grid requires a constant flow of electrons. Sixty-three percent of this power comes from fossil fuels, 20 percent from nuclear, and about seven percent from hydroelectric. That’s 90 percent! Wind and solar combined provide only 7.6 percent, but even this small number is deceptive. Wind and solar are intermittent, so they require baseload sources (mostly natural gas) to keep the electricity flowing when they aren’t performing. There is currently no economic way to store electricity so it can be used when the wind isn’t blowing and the sun isn’t shining. Of course, manufacturing, transporting and maintaining wind and solar installations requires considerable amounts of fossil fuel.

Then there’s mining, which is also heavily dependent on oil, natural gas, and coal. In order to significantly ramp up wind and solar energy we correspondingly have to accelerate mining. The key ingredients in renewable energy technologies are rare earth minerals. It takes a large amount of fossil fuel to extract them. Drastically scaling up the number of wind turbines and solar panels will drive up the price of everything else that uses rare earths, such as all of our electronic devices. And then there is the really big problem; China owns 90 percent of all rare earth mines.

Consider that nearly all modern products contain some form of plastic or rubber, which are made from oil and natural gas, and there are no good alternatives. Fertilizers are also made from petroleum. The list goes on and on. Fossil fuels are deeply imbedded in every aspect of the modern world. Trying to get people to use less of them by making everything more expensive and then giving people money back through an inefficient government-controlled program is a flawed premise from start to finish.

Finally, the people of France, Canada and a handful of other nations are giving us a glimpse of what happens when people have more of their money taken away because of some ethereal high-minded goal. They get unhappy, and some of them put on yellow vests and begin destroying things.

There are no viable alternatives to our foundational energy sources, two of which are also totally enmeshed in virtually all products we use every day. What supplemental energy technologies are available (wind and solar) are unreliable and more expensive. Even attempting to reduce our use of oil, natural gas and coal by a modest amount is a gigantically expensive proposition that will cause many more problems than it will solve. Pretending that a carbon tax will advance the goal of reducing greenhouse gas emissions demonstrates astonishing ignorance or deep cynicism, take your pick.

Mark Mathis is a CFACT policy analyst, and founder of the Clear Energy Alliance.

Published January 25, 2019 at CFACT .org. Reprinted here Jan. 31 for educational purposes only. May not be reproduced on other websites without permission from CFACT.

Note:  Before answering the questions, read the “Background” and watch the video under “Resources” below.

1.  The purpose of an editorial/commentary is to explain, persuade, warn, criticize, entertain, praise or answer. What do you think is the purpose of Mark Mathis’ editorial?  Explain your answer.

3. a) Define commodity.
b) How is energy different than all other commodities? (para. 2)

4. Which of the following points made by Mr. Mathis in his commentary did you already know?  Explain your answer.

5. In his commentary, Mr. Mathis asserts: “Consider that nearly all modern products contain some form of plastic or rubber, which are made from oil and natural gas… Trying to get people to use less of them by making everything more expensive and then giving people money back through an inefficient government-controlled program is a flawed premise from start to finish.” Do you agree or disagree with this asssertion? Explain your answer.

The opposing viewpoints on global warming/climate change are:

ONE VIEW –  The earth’s climate is warming as a result of human actions; an extreme change in the earth’s climate is going to occur, caused by greenhouse gas emitted by the world’s use of fossile fuels (coal, oil, gas).  This temperature change will result in catastrophic problems in the environment. Humans must drastically reduce the consumption of fossile fuels immediately.  To prevent this man-made climate change, countries need to restrict energy use (reduce use of gas and oil).
Progressives/liberals generally hold this view.

ANOTHER VIEW – Human activity does not affect the earth’s temperature.  Burning fossile fuels (gas, coal and oil) does not cause climate change.  The earth’s climate changes naturally, but not so much that it will cause a change of catastrophic proportions.  An extreme change in the earth’s climate won’t happen.  There are natural warming and cooling trends over time.  In the 1970’s a coming ice age was predicted, but now it this scare has been replaced with the current global warming scare.
Conservatives generally hold this view.