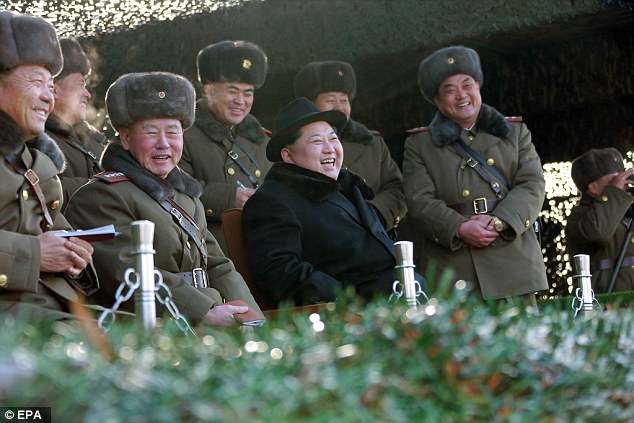 (by Julian Ryall, Daily Telegraph) Tokyo — The joint US-South Korean exercises scheduled for March will be largest military drills ever staged on the Korean Peninsula and are both a warning to Pyongyang and an effort to reassure the jittery public in the South.

The parallel Key Resolve and Foal Eagle exercises are scheduled to commence on March 7, with the field-training exercises that make up Foal Eagle lasting until April 30. The drills will involve 15,000 US troops, twice the number of previous years, and will serve to demonstrate Washington’s firepower.

The US will deploy a combat aviation brigade to South Korea for the duration of the maneuvers, as well as a mobile US Marine brigade, an aircraft carrier and its attendant fleet, a nuclear-powered submarine and aerial tankers to refuel fighter aircraft.

South Korea will commit some 290,000 personnel, including special forces, more than double its usual deployment for the annual drills. Past exercises: South Korean army soldiers ride a K-1 tank during the annual exercise in Paju, near the border with North Korea

The joint exercises will commence just weeks after North Korea carried out its fifth underground nuclear test and launched a rocket in what analysts claim was a disguised test of long-range ballistic missile technology.

In an additional shot across Pyongyang’s bows, the drills will for the first time simulate scenarios in which the regime of Kim Jong-un, the North Korean leader, has collapsed.

The multiple-stage exercises will require the US and South Korean forces to react to war breaking out, operations in and around Pyongyang and the recovery of “key facilities that are located deep within North Korea,” a Defense Ministry official told The Korea Herald.

North Korea’s two rocket facilities are in the far north of the country, while analysts believe that many of its military assets are also concealed in networks of tunnels and bunkers close to the Chinese border.

This year’s amphibious maneuvers – known as the Ssangyong exercises – will be larger and more elaborate than ever before, with 7,000 US troops practicing coming ashore aboard Osprey tilt-rotor aircraft and from landing craft from the USS New Orleans. As well as sending a message to Pyongyang, the exercises are designed to reassure the South Korean public of their security, said Rah Jong-yil, a former head of South Korean intelligence and an expert on the regime in Pyongyang.

“Recent events here have made South Korean people feel a little insecure, especially the rapid development of the North’s nuclear and missile programs, so the exercises are a welcome sign of Washington’s guarantee of the alliance,” he told The Telegraph.

North Korea is expected to express its displeasure at the drills through its state media. In previous years, Pyongyang has described the exercises as the prelude to a pre-emptive nuclear strike “to infringe on the sovereignty and dignity of the DPRK.”

Reprinted here for educational purposes only. May not be reproduced on other websites without permission from London’s Daily Telegraph.

How does the reporter refer to the North Korean government?

3. What is the purpose of the exercises? Be specific.

4. How many South Korean troops will take part in the exercises? How does this differ from previous years?

5. a) Define simulate as used in the article.
b) What will the drills simulate? Be specific.

7. What are the Ssangyong exercises? How will this year’s differ from previous years? How does the reporter refer to the North Korean government?

Watch a news report on the SSangyoung operations:

U.S. Military weapons gathers on the Korean peninsula as joint exercises looms. The arrival of the F-22 fighter jets in South Korea has been the latest in a series of moves by the U.S. military after North Korea’s recent provocations. These are all leading up to next month’s joint South Korea-U.S. military drills.