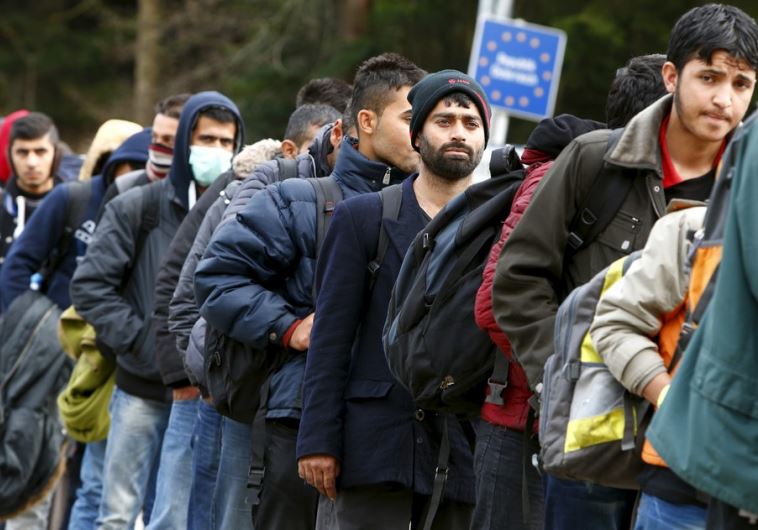 (by Fiona Ortiz, Reuters) – Kansas is withdrawing from plans to resettle Syrian refugees in the state after the federal government failed to provide security information on them, Republican Governor Sam Brownback said on Tuesday.

Brownback said in a statement that he repeatedly asked the Obama administration for documentation on the screening of refugees who would be relocated from Syria to Kansas.

“Because the federal government has failed to provide adequate assurances regarding refugees it is settling in Kansas, we have no option but to end our cooperation with and participation in the federal refugee resettlement program,” Brownback said.

Kansas has received a trickle of Syrian refugees. A family of three and two men have been resettled there in the past 15 months, a spokeswoman for Brownback said by email.

President Obama pledged last year that the United States would take in 10,000 people fleeing war-torn Syria, under pressure from European leaders who have been inundated with refugees.

But the promise [was opposed by] Republicans concerned that violent militants could come into the United States posing as refugees.

Despite opposition from some states, the Obama administration remains committed to admitting the 10,000 Syrian refugees (promised by President Obama) in the current fiscal year, which ends in September, said a State Department official who spoke on condition of anonymity. The official said state governments can consult on the resettlement of refugees, but the program is administered by the federal government. “Decisions regarding the admissibility of refugees to the United States are made by the Department of Homeland Security after stringent security checks,” the official said, noting that some refugee records are confidential.

Kevin Griffis, a spokesman for the federal Health and Human Services Department, said that “refugee resettlement will continue in Kansas, coordinated by non-profit organizations.”

More than 30 governors attempted to block refugees from their states, but courts and attorneys general have said that it is up to the federal government to screen refugees and settle them.

U.S. officials told a congressional panel in February that the country has tightened vetting of immigrants and refugees after attacks in California and Paris, and put on hold hundreds of applications from Syrian refugees.

More than four million Syrians have fled their war-torn country, according to the United Nations, which calls it the biggest refugee population from a single conflict in a generation.

Almost 2 million Syrian refugees are in Turkey and hundreds of thousands live in camps in Jordan, while others have flooded Greece, according to the U.N.

(Reporting by Fiona Ortiz in Chicago; Additional reporting by Timothy Gardner and Arshad Mohammed in Washington)

1. a) For what reason is Kansas withdrawing from the federal refugee resettlement program? Be specific.
b) Do you think this is a reasonable concern? Explain your answer.

3. a) Why are Republicans opposed to President Obama’s decision to accept 10,000 refugees from Syria?
b) Do you think this is a reasonable concern? Explain your answer.

4. How did the anonymous State Department official quoted in the article explain a state’s rights regarding the refugee resettlement program?

5. How did Kevin Griffis from the federal Department of Health and Human Services respond to the Kansas announcement?

6. Do you think the majority of Americans, who are opposed to bringing Syrian refugees to the U.S., have legitimate concerns? Explain your answer.

7. How do you think the Obama administration could reassure the Kansas governor, as well as the majority of Americans, that they should not be concerned about the resettling of 10,000 Syrians in the U.S.?

In December 2015, Republican presidential candidate Dr. Ben Carson traveled to a refugee camp in Jordan. He said the Syrian refugees he met during his trip don’t want to come to the United States – they want to go home. Dr. Carson said the United States and its allies must do more to help fund the refugee program that is currently in place in the Middle East.

But refugee advocates and some Democratic members of Congress said taking in an additional 10,000 refugees did not go far enough toward addressing the humanitarian crisis triggered by the war, which has prompted a massive refugee influx into Europe.

With whom do you agree? Explain your answer.

CHALLENGE: In paragraph 7, how does the Reuters reporter downplay the opposition from the majority of Americans to the resettlement of Syrian refugees in their states?