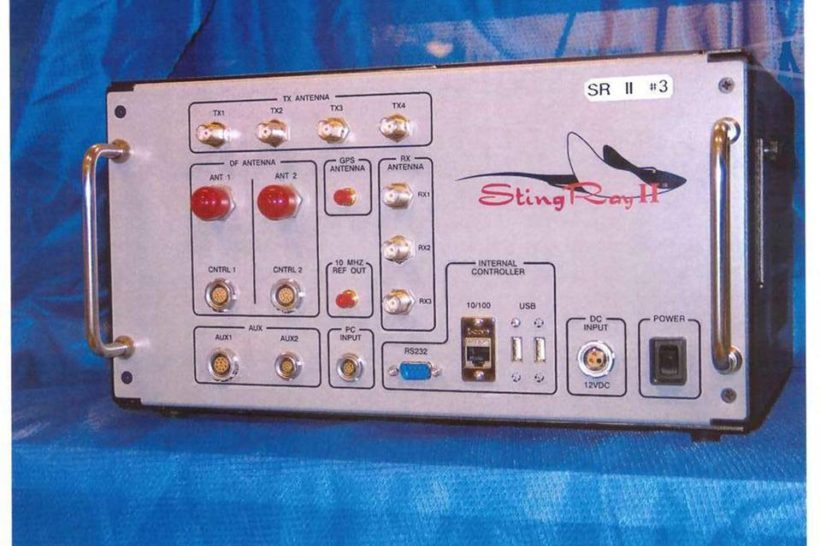 (by Devlin Barrett, The Wall Street Journal) – Newly released documents show a group of federal agents using cellphone surveillance technology called some of their work “classified,” even though Justice Department officials have said that such methods are normal court-approved law enforcement, not spying or intelligence tactics.

The classified designation suggests a mingling of law enforcement with national-security and espionage work—two areas usually kept distinct in order to protect Americans’ privacy. It also raises fears about the secrecy surrounding a form of digital surveillance that has drawn criticism from civil-liberties groups.

The documents were provided by the U.S. Marshals Service, an arm of the U.S. Justice Department, in response to a Freedom of Information Act request from the American Civil Liberties Union.

A Justice Department spokesman declined to comment. A Marshals spokesman didn’t respond to a request for comment.

The documents show the Marshals Service paid more than $10 million from 2009 to 2014 to buy machines known as cell-site simulators, also called Stingrays or “dirtboxes,’’ that scan surrounding cellphones to hunt for suspects.

The devices act as fake cellphone towers, pulling in the identifying information of cellphones within range as they search for a suspect’s phone. The mechanism quickly disconnects from phones it isn’t seeking, but the process can briefly interrupt service for people whose phones are scanned, according to people familiar with the technology.

When the device does locate the suspect’s phone, the operator in the airplane can direct agents on the ground to a general area, where a similar, less-powerful device can more precisely track down the location of the cellphone.

The Wall Street Journal reported in 2014 that the Marshals use such devices mounted in small airplanes to scan large numbers of phones when they are searching for a fugitive. The airborne devices, operated out of five airports in the U.S., can scan the technical identifying information of tens of thousands of phones per flight as they search for a suspect’s cellphone signal. The Marshals have also conducted operations in Mexico using the airborne devices to catch high-value drug suspects. In one such operation in 2014, a Marshals inspector was shot in a gunfight with cartel suspects, according to people familiar with the matter.

The Journal has also reported that, according to people familiar with the work, the Marshals developed the surveillance technology with help from the Central Intelligence Agency.

Until 2015, federal law-enforcement officials refused to discuss details of the technology or its use. After the Journal and other media reported on the technology, Justice Department officials have defended its use as a legal method approved by judges and have said the Marshals aren’t engaged in spying or intelligence activity.

The new documents, however, show that within the Marshals’ Technical Operations Group, or TOG, some of the techniques are classified.

“Because much of the TOG’s capabilities, methods and resources are classified or are otherwise ‘law enforcement sensitive,’ this section sets forth only general guidelines, policies and procedures governing TOG’s function and role within the USMS,’’ according to an undated document titled, “Special Services and the Nature of Technical Operations.’’

Classified information generally isn’t used in criminal trials, so it is notable that the Marshals, a law-enforcement organization, call some of their technology and techniques classified. …

The House Oversight and Government Reform Committee has repeatedly complained the Justice Department is too secretive about its use of the technology.

It is possible that the documents’ mention of classified capabilities is a reference to the agency’s work in Mexico and other countries, although the language refers to techniques, not operations.

“Law enforcement sensitive” is a legal term used to describe secret methods of police work that help gather evidence surreptitiously. Such secrecy is often used to protect the technology and methods by which agents use small listening devices, tap phone lines, or otherwise monitor suspects without being noticed.

Classified capabilities and resources are in a different category, referring to national-security secrets or espionage techniques, not police tactics.

A related document, titled “Security and Protection,’’ discusses the degree to which the Marshals want to protect their methods from becoming known to the public, and by extension, to suspects.

“The compromise of those techniques may later become necessary to the production of evidence and successful prosecution at trial,’’ the document states. ”It is imperative that investigators understand that they must minimize, to the greatest extent legally possible, any testimony by TOG personnel or the disclosure of TOG techniques throughout the judicial process.’’

Last year, the Justice Department said it was creating new legal safeguards on its use of the technology, including a requirement that agents get a search warrant when using the devices. The policy has a number of exceptions, however, including that the new restrictions don’t apply to Justice Department operations outside the U.S.

1. How does the U.S. Justice Department differ from the U.S. Marshals Service in their description of the use of cellphone surveillance technology?

2. a) Define classified.
b) What does the classified designation suggest?

4. a) What are cell-site simulators? Be specific.
b) How much did the Marshals Service pay over 5 years for these devices?

5. How/why does the Marshals Service use cell-site simulators?

6. What is notable about the Marshals’ designation of some of their technology and techniques as classified?

7. What has the U.S. House Oversight and Government Reform Committee said about DOJ’s use of technology?

a) Do you think the Marshals’ use of the cell-site technology should remain classified if they do not have judicial oversight in the form of a search warrant? Explain your answer.

b) Many people say that they are not breaking the law, so they don’t care if law enforcement scans their cell phones, etc. What do you think?

The Technical Operations Group (TOG) provides the U.S. Marshal Service, other federal agencies, and any requesting state or local law enforcement agency, with the most timely and technologically advanced electronic surveillance and investigative intelligence available in the world. TOG operates from 8 Regional Technical Operations Centers (RTOC) and 21 field offices throughout the U.S. and Mexico. TOG is comprised of highly technically criminal investigators, pilots, intelligence analysts and administrative personnel.

The Electronic Surveillance Branch (ESB) provides covert investigative and intelligence support for Marshal’s Service’s major case and 15 Most Wanted fugitive investigations. ESB personnel, in addition to investigative operations, help prepare court orders, serve as expert witnesses in the field of electronic surveillance, and train law enforcement personnel from the United States and the international law enforcement community in the use of electronic surveillance.
The Air Surveillance Branch (ASB) provides aerial surveillance, electronic tracking, and other aerial platforms functions in support of Marshals Service operations. TOG aircraft provide vital intelligence during the investigation and arrest of some of the country’s most dangerous fugitives. (from the U.S. Marshals website)