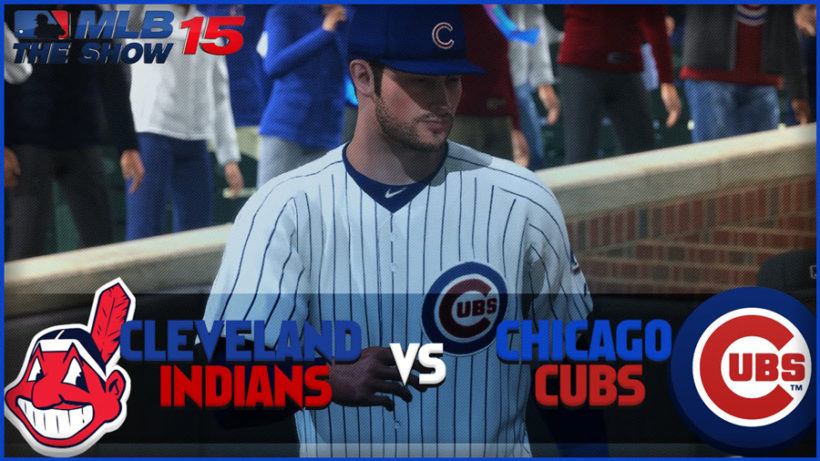 Decades of torment, missed opportunities and bitter disappointment will be erased when either the Chicago Cubs or the Cleveland Indians clinch a championship in the 112th World Series, which begins on Tuesday night at 7:08 p.m. CST at Progressive Field in Cleveland.

“That’s why I wanted it to be us against the Cubs,” Indians DH Mike Napoli said. “I thought it would be a cooler thing to be part of. To go to Wrigley on the road, to see that atmosphere. To see it here. That’s something I live for. The Cubs have a lot of history. We have a lot of history.”

Cubs first baseman Anthony Rizzo said, “Cleveland is deserving of the World Series, too, so this is going to be a classic, two cities that have been in a long drought. This is really good for baseball. It’s going to be amazing.”

The Cubs already have ended one longstanding drought with their victory over the Los Angeles Dodgers in the National League Championship Series. By reaching the World Series, the Cubs ended the longest stretch without a championship round appearance among franchises in the four major North American sports. Despite making the postseason seven times in the previous 31 years, the Cubs haven’t been to the World Series since 1945.

Though they’re ecstatic to be where they are, Cubs players continue to echo the sentiment that their mission isn’t yet complete. They’re not oblivious to what their fans have endured, the decades of suffering and generations who have come and gone without ever seeing a trophy. But rather than worry about the franchise’s agonizing past, veteran utility man Ben Zobrist said players must remain focused on the present.

“There’s a lot of pent up angst and emotion in this city, really all over the nation, Cubs fans that have been loyal through the years,” Zobrist said. “We know that. But the bottom line is you have to execute at the right time and stay here in 2016. These guys have done it all year long with all the expectations on our backs and we only have four more. We’re in the exact spot we wanted to be in and we have a chance to do something that hasn’t been done in 108 years.”

“Francona is going to do everything he can to win that night’s game,” said Cubs general manager Jed Hoyer. “Joe [Maddon] manages the same way. I love that.”

The Cubs will enter the Fall Classic with the hype that one would expect from a franchise that has been so bad for so long. The Indians will enter the same way they entered the postseason: overlooked by experts and pundits as the underdog.

There are still eight teams who have never won a World Series: Texas Rangers, Houston Astros, Milwaukee Brewers, San Diego Padres, Washington Nationals, Seattle Mariners, Colorado Rockies and Tampa Bay Rays. The Nationals and the Mariners are the only teams to have never won the pennant and therefore have not reached the World Series.

The article above was compiled from multiple news sources.

2. When was the last time each team won the World Series?

3. The last time the Cubs even made it to the World Series was 1945. Why is this the first time Cubs fans are able to watch the games on TV?

4. How do the players from both teams view their opponents?

5. How does the Cubs’ owner view the Indians?

Team lineups for the 2016 World Series between the Cleveland Indians and the Chicago Cubs: mlb.com

Below are the eight teams who have never won a World Series along with the year each was established: