Harvard Accused of Bias Against Asian-Americans 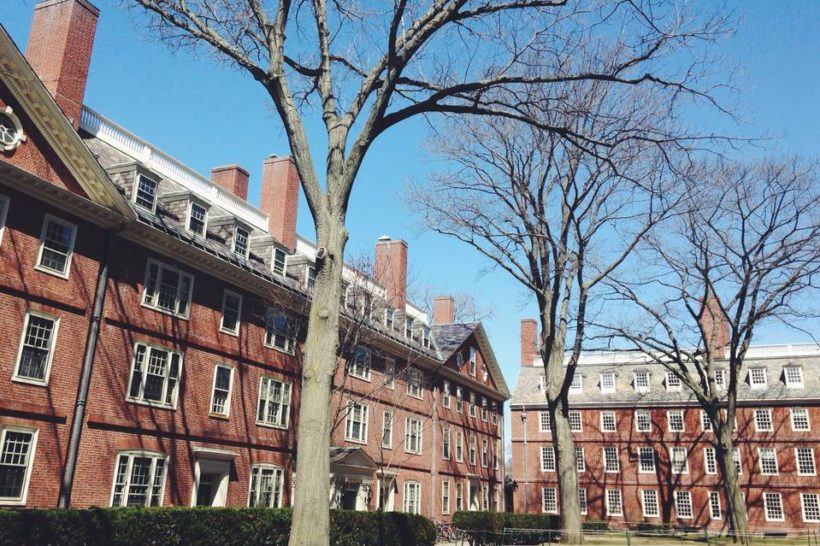 (by Douglas Belkin, The Wall Street Journal) – A complaint Friday alleged that Harvard University discriminates against Asian-American applicants by setting a higher bar for admissions than that faced by other groups.

The complaint, filed by a coalition of 64 organizations [more than 60 Chinese, Indian, Korean and Pakistani groups came together for the complaint], says the university has set quotas to keep the numbers of Asian-American students significantly lower than the quality of their applications merits. It cites third-party academic research on the SAT exam showing that Asian-Americans have to score on average about 140 points higher than white students, 270 points higher than Hispanic students and 450 points higher than African-American students to equal their chances of gaining admission to Harvard. The exam is scored on a 2400-point scale.

The complaint was filed with the U.S. Education Department’s Office for Civil Rights.

“Many studies have indicated that Harvard University has been engaged in systemic and continuous discrimination against Asian-Americans during its very subjective ‘Holistic’ college admissions process,” the complaint alleges.

The coalition is seeking a federal investigation and is requesting Harvard “immediately cease and desist from using stereotypes, racial biases and other discriminatory means in evaluating Asian-American applicants.”

Robert Iuliano, Harvard’s general counsel, said the school’s admissions policies are “fully compliant with the law.” The school says its admissions process takes into account a variety of factors besides academics, including applicants’ extracurricular activities and leadership qualities.

“Within its holistic admissions process, and as part of its effort to build a diverse class, Harvard College has demonstrated a strong record of recruiting and admitting Asian American students,” Mr. Iuliano said in a statement. He said the percentage of Asian-American students admitted to the undergraduate school rose to 21% from less than 18% in the past decade.

But the group that filed the complaint said that percentage should be much higher given the increasing numbers of Asian-American students that apply.

“There is a lot of discrimination, and it hurts not just Asian-Americans, it hurts the whole country,” said Yukong Zhao, a 52-year-old Chinese-American author who helped organize the coalition. He said there are longtime stereotypes of Asian applicants’ being “not creative enough or risk-taking enough, but that’s not true. Nearly half of the tech start-ups in the country were started by Asian-Americans. Every one is a great example of creativity, and risk-taking and leadership.”

The complaint argues that elite schools “that use race-neutral admissions” have far higher Asian-American enrollment than Harvard. At California Institute of Technology, for instance, about 40% of undergraduates are Asian-American, about twice that at Harvard.

The allegations come six months after a group called Students for Fair Admissions argued in a federal lawsuit that Harvard uses preferences to reach specific racial balance on its campuses.

Thomas Espenshade, a Princeton University sociologist who has done work on race in college admissions, said the complaint was the result of long-simmering [frustration] in the Asian-American community.

“Up until five or 10 years ago the response has been, ‘Well we just have to work harder,’ ” Mr. Espenshade said. “But over the last decade, more groups are starting to mobilize, saying we don’t have to just accept his, we can push back against it.”

2. Who has filed the complaint with the US education department’s office for civil rights?

3. a) What does the complaint allege? Be specific.
b) What evidence do they provide to support their allegations?

4. What does the coalition want?

5. a) How has Harvard responded to the complaint?
b)  What do you think of this response?  (Do you think Asian students, in general, are not meeting the school’s additional measures such as extracurricular activities and leadership qualities?)

6. What stereotype does Yukong Zhao say exists regarding Asian applicants?

7. Do you think the coalition has a legitimate complaint? Explain your answer.

8. Should Harvard change its admission policies to use race-neutral admissions the way other elite universities do? Explain your answer.