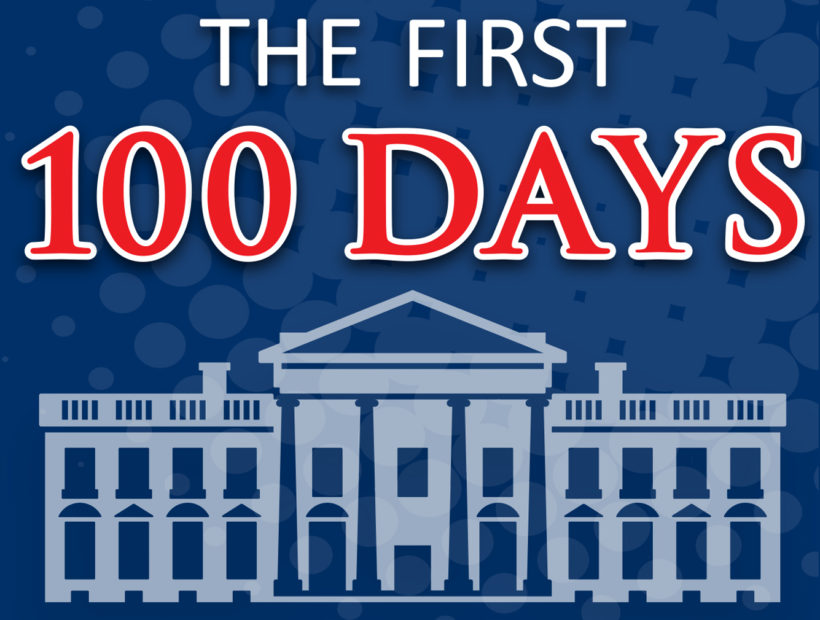 (Compiled from articles by Ben Kamisar at The Hill and Peter Hasson at The Daily Caller) – CNN said Tuesday that is refusing to air a campaign ad from President Trump because the spot refers to the media as “fake news.”

CNN refused to run the Trump re-election campaign’s ad highlighting the successes of President Trump’s first 100 days in office, the network confirmed in a statement.

“The mainstream media is not fake news, and therefore the ad is false. Per our policy, it will be accepted only if that graphic is deleted. Those are the facts,” CNN said in a statement.

The Trump campaign criticized CNN for the decision not to air the ad in a press release sent out Tuesday morning that called CNN “fake news” — the very term to which the network objected. Michael Glassner, the campaign’s executive director said in a statement:

“It is absolutely shameful to see the media blocking the positive message that President Trump is trying to share with the country. It’s clear that CNN is trying to silence our voice and censor our free speech because it doesn’t fit their narrative.”

In response to CNN’s statement that the mainstream is not “fake news,” the campaign put out a second statement from Glassner:

“This is censorship pure and simple. By rejecting our ad, CNN has proven that it supports censorship, is biased and fears an opposing point of view.

CNN epitomizes the meaning of fake news and has proven it by rejecting our paid campaign ad.”

The campaign spent $1.5 million on the ad, which highlighted Trump’s successful nomination of Neil Gorsuch to the Supreme Court, as well as the president’s tax plan.

“Freedom of speech is a hallmark of our nation’s founding, and it is concerning that CNN, who I assume to be a strong supporter of the first amendment, would stifle speech that they disagree with,” McDaniel said in a statement. “CNN should allow the ad to be aired and apologize for their attempt to block the President’s message.”

Compiled/adapted from news reports at The Hill and The Daily Caller. Reprinted here for educational purposes only. May not be reproduced on other websites without permission.

2. How does CNN explain the company’s refusal to run the paid campaign ad?

3. How did the Trump campaign react to CNN’s refusal to run their paid ad highlighting President Trump’s first 100 days in office?

4. How did the campaign’s executive director respond to CNN’s statement that the mainstream media is not “fake news” – what accusations does he make about CNN?

5. What did Republican National Committee chair Ronna McDaniel say about CNN’s refusal to run the ad?

6. Watch the Trump campaign’s ad highlighting President Trump’s first 100 days in office. What do you think? Is CNN “stifling speech that they disagree with”? Should they allow the ad to be aired? Explain your answer.

7. a) Why do you think President Trump feels it is necessary to highlight his accomplishments during his first 100 days in office?
b) Ask a parent the same question. Discuss your answers.

CHALLENGE: The Trump campaign highlighted President Trump’s accomplishments because they say the media is not doing so. Visit the website  Scan the list. Do you think the campaign is making an accurate assertion about the media? Explain your answer.

The ad CNN refused to air: