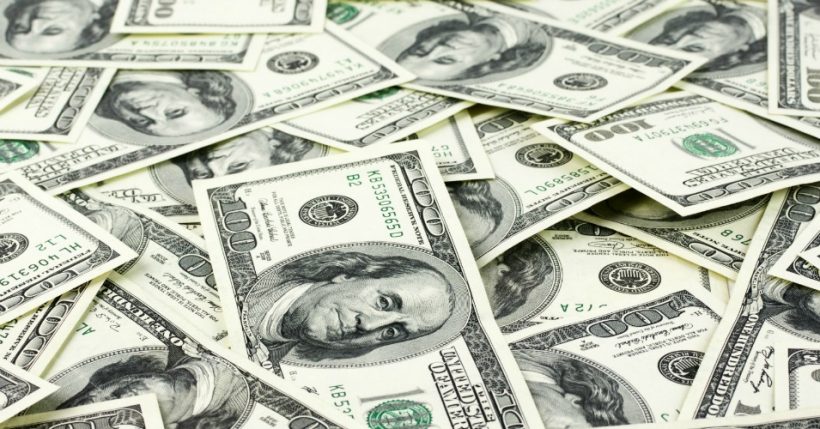 (by Gabrielle Fonrouge, New York Post) – The Biden administration is considering sending cash payments to Central Americans in a bid to prevent them from making the trek north as the US grapples with the worst immigration crisis seen in 20 years, Reuters reported Friday.

The possible cash transfer program would be targeted at people in the Northern Triangle region of Guatemala, Honduras and El Salvador, Roberta Jacobson, the White House’s Southern Border Coordinator, told Reuters in an interview, without saying who exactly would receive cash.

In March, nearly 170,000 migrants were picked up by US Border Patrol agents at the southern border, a 70 percent increase from February and the highest monthly total seen in 20 years (since March 2001), data show. 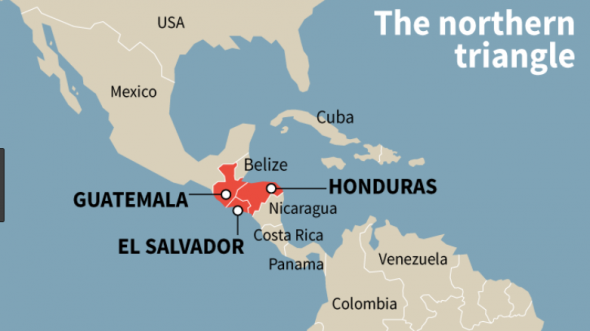 Numbers have steadily increased since the start of the year and are attributed to a host of factors. They include the pandemic, natural disasters in those regions and a more welcoming attitude from President Biden, who rolled back a series of strict immigration policies set in place by [President Trump].

“We’re looking at all of the productive options to address both the economic reasons people may be migrating, as well as the protection and security reasons,” Jacobson said.

Jacobson, who announced Friday she is stepping down, couldn’t explain to Reuters how the program would work but did say she can “promise” “the U.S. government isn’t going to be handing out money or checks to people.”

The White House hopes the cash payments will address economic issues Central Americans face so they won’t feel the need to migrate, Reuters said, citing a senior White House official who is unnamed.

Local law enforcement units and public officials along the border have criticized Biden for not doing enough to stem or prepare for the surge, which has left thousands of unaccompanied children languishing in federal custody at the reported cost of $60 million a week.  US Customs and Border Protection last week revealed that Border Patrol officers encountered 18,890 unaccompanied children from Central America, doubling February’s number of 9,297 minors.

The administration is also mulling a plan to send COVID-19 vaccines to Central American countries, which have had extremely slow vaccine rollouts. In Honduras and Guatemala, less than one-percent of the population has been vaccinated and in El Salvador, only 2.5 percent have gotten the vaccine. Jacobson said that President Biden’s administration would consider how vaccines could help the countries’ ailing economies. She said the vaccine issue remains separate from immigration-related discussions with the nations.

Compiled from Reuters by Ted Hesson and Matt Spetalnick and NY Post by Gabrielle Fonrouge on April9. Reprinted here for educational purposes only.

2. What is President Biden’s reason for the potential payments?

3. What are the details of the plan? —
a) How much is President Biden considering sending to each migrant?
b) Residents of which countries would receive the money?
c) Which country from which many of the migrants are coming is left out? What is your reaction to that?

4. If President Biden does carry out his plan to pay people not to enter the U.S. illegally, the money would come from U.S. taxpayers. The government doesn’t have any money of its own – the money comes from us. What is your reaction to this plan, considering the fact that many Americans are still not back to work, and there are thousands of homeless in need of mental health and/or drug abuse treatment and housing in major California cities, NYC and many other large cities across the U.S.?

5. How much is is costing taxpayers to house the thousands of unaccompanied children from Central America who were brought by coyotes into the U.S.?

6. Talking about the border crisis on Sunday at a news conference, Texas’ Republican Gov. Greg Abbott asserted, “…One of the reasons why there are so my people coming here, is if you go back to the Democrat presidential debates, every single one of the Democrat candidates said if they are elected, they will have open borders and they will be giving things for free to anybody coming across the boarder. This is exactly why we’re seeing the flood, and the Biden administration was simply unprepared … which is why they have so haphazardly responded to it.”
Gov. Abbott called for the Biden administration to restore President Trump’s immigration policies. “What the president could do is to immediately put back in place the ‘remain in Mexico’ protocols that were established in the prior administration. He could continue to build the wall along the border in South Texas. He could send a stronger message that these people should not be coming here,” Abbott said.

What is your reaction to Gov. Abbot’s request/suggestion?

New York lawmakers struck a deal this week to establish a $2.1 billion coronavirus relief fund for undocumented immigrants and other unemployed workers who were ineligible for federal aid during the pandemic. (Democrats control both houses of the NY state legislature; Gov. Andrew Cuomo is also a Democrat.)

The so-called Excluded Workers Fund, which was announced as part of a broader $212 billion state budget agreement, will offer one-time payments of up to $15,600 to undocumented immigrants who lost their jobs during the virus-induced crisis.

In order to qualify for the money, individuals must prove they are New York residents who were ineligible for unemployment benefits and stimulus checks due to their immigration status. They will also need to demonstrate that they lost income during the pandemic.

Other illegal immigrants who are unable to show the same level of verification will be eligible to receive $3,200 – the same amount that many tax-paying Americans received from the three stimulus checks approved by Congress this year and last. …

…Republicans slammed Democrats for setting aside billions for illegal immigrants when many other New Yorkers are still struggling and called it an “outlandish development” of one-party rule in Albany.