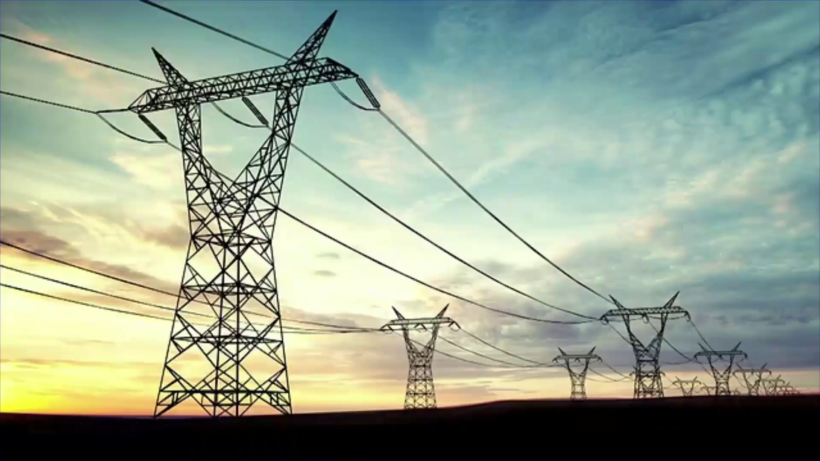 (by J.D. Morris and Michael Cabanatuan, San Francisco Chronicle) — California’s wildfire crisis entered an unprecedented new stage Wednesday as PG&E [began] cutting power to about 800,000 customers, shutting down the electric lines that have sparked many of the state’s worst [fires] and setting off a chaotic scramble of people preparing for an outage that could last a week in some places.

As word spread Tuesday of the preemptive shut-off — which is set to hit the Bay Area at noon — those in the locations expected to go dark stockpiled water and canned food and emptied store shelves of batteries for flashlights and cell phones. They made a run on gas pumps, causing lines that sometimes extended for blocks. And they hurried to help loved ones whose medical needs require electricity.

Transportation officials worked, mostly successfully, to keep open roads, bridges and tunnels, including the eight-lane Caldecott Tunnel that links Oakland and Berkeley to the suburbs to the east. Meanwhile, firefighting agencies staffed up. And school leaders canceled classes Wednesday on dozens of campuses, including UC Berkeley.

Of the Bay Area’s nine counties, all but San Francisco was to be hit by the mass outage intended to stop trees from crashing into Pacific Gas and Electric Co. lines when fast, dry winds blow in after several months without sustained rainfall. Across the state, 34 counties will be affected, some starting in the early morning and others not until noon or later on Wednesday.

Major transit agencies, including BART, said they expected to run a normal schedule during the outages, though BART said some station escalators may not work. …

Some of the Bay Area’s largest cities will see neighborhoods blacked out, among them San Jose, Oakland, Fremont, Santa Rosa, Hayward, Berkeley and San Mateo.

The outages could last until next Tuesday, and perhaps even longer, for some customers. The company will have to inspect all of the power lines it turns off, while fixing any damage it finds, and that can’t happen until the weather calms in most places on Thursday, according to PG&E. Officials said the job would require an “army” of workers in trucks, in helicopters and on foot.

… Sumeet Singh, the vice president in charge of PG&E’s wildfire safety program, told reporters Tuesday night that the company was working to prevent tunnel closures by installing generators. Caldecott Tunnel and Devil’s Slide were expected to be open for morning commute — though disruptions were possible.

Utility officials said the dramatic outages were fueled by a weather forecast that was shaping up to deliver Northern California’s most dangerous windstorm since the October 2017 wildfires that ravaged the North Bay’s Wine Country. Many of those fires were started by PG&E power lines, according to state investigators. The two-year anniversary of the disaster was Tuesday. Last year, PG&E equipment ignited the Camp Fire in Butte County, the worst fire in state history.  …..

Speaking to reporters after signing a series of bills in Oakland on Tuesday, Democratic Gov. Gavin Newsom called PG&E’s planned blackouts a “massive inconvenience,” but one that was “all about reducing fire danger.”

“People should be outraged, as we are,” Newsom said. “No one is satisfied with this. No one is happy with this. But we have to get through this fire season.”

The utility has had the shut-off program in place for more than a year, but has never used it on as wide a scale as it [did] Wednesday. The program was developed after the now-bankrupt company was implicated in two years of the catastrophic infernos that killed dozens of people and burned thousands of homes to the ground. PG&E expanded the program since it was first launched — now, any line can be turned off, even high-voltage ones that serve many people far away.

PG&E warned customers by email, text messages and automated phone calls. Customers were urged to update their contact information online if they hadn’t done so already. PG&E has also made it possible for people who aren’t direct utility customers to get alerts about a particular location — for example, an office or a school, or an apartment building where the landlord pays the utilities.

“We encourage you to find alternative energy sources for light, charging devices and other necessities,” Alameda County officials said. “Plan ahead with food and water, and make sure your grab-and-go emergency kits are ready.”

National Weather Service forecasters issued red-flag warnings for the East Bay and North Bay hills, as well as the Santa Cruz Mountains. Cool, dry, northeast winds, known as Diablo winds, are expected to increase to 20 to 30 mph with gusts between 45 mph and 55 mph in the North Bay and East Bay hills — and even higher on North Bay peaks like Mount St. Helena. …

PG&E is not alone in looking to cut electricity because of wildfire danger this week. Southern California Edison, which powers much of the southern part of the state, was considering turning off power to more than 106,000 customers in eight counties: Kern, Inyo, Los Angeles, Mono, Riverside, San Bernardino, Tulare and Ventura.

From sfchronicle .com on Oct. 8, 2019 Updated: Oct. 9, 2019 12:50 a.m. Reprinted here for educational purposes only. May not be reproduced on other websites without permission from The San Francisco Chronicle.

2. a) Define preemptive.
b) Why is PG&E preemptively shutting-off power in California? Be specific.

3. How long will the power outages last? Why?

4. How did PG&E and emergency services notify residents of the impending power outages?

5. What did people do to prepare?

More from the San Francisco Chronicle article above:

PG&E’s plan spurred anger across the state, which flared when the company’s website — showing details on the outages — crashed repeatedly amid heavy traffic.

Dana Dickey, a Shasta County resident, had her power shut off for three days recently after a wildfire. She was bracing for another shut-off on Wednesday, but wasn’t convinced it was necessary. Dickey also said that PG&E’s clearing of vegetation near power lines had been inadequate, and that she had trouble getting information from the company’s website during the previous shut-off.

“I’m not happy with PG&E for their high costs, lack of transparency and seemingly putting their shareholders over their customers,” she said. “I don’t think they are handling things well and need to have a better public plan for the future.”

If you need a place to go while the power is down, PG&E is opening Community Resource Centers starting Wednesday at 8 a.m.

–Each center will have restrooms, bottled water, air conditioning, electrical charging and seating for 100 people. Centers will be open only during daylight hours.

–Check the San Francisco Chronicle’s Bay Area Outage Map on sfchronicle.com to see if your community is affected.  Here’s where the centers are, by county.

PG&E said it would start turning off power in phases Wednesday in the early morning, depending on the severity of winds, beginning in the northern part of the state. One round of shutoffs will occur from midnight until 4 a.m. and another — which includes the Bay Area — was to start at noon. Outages will occur as far south as Kern and Santa Barbara counties and as far north as Humboldt and Trinity counties, according to PG&E.