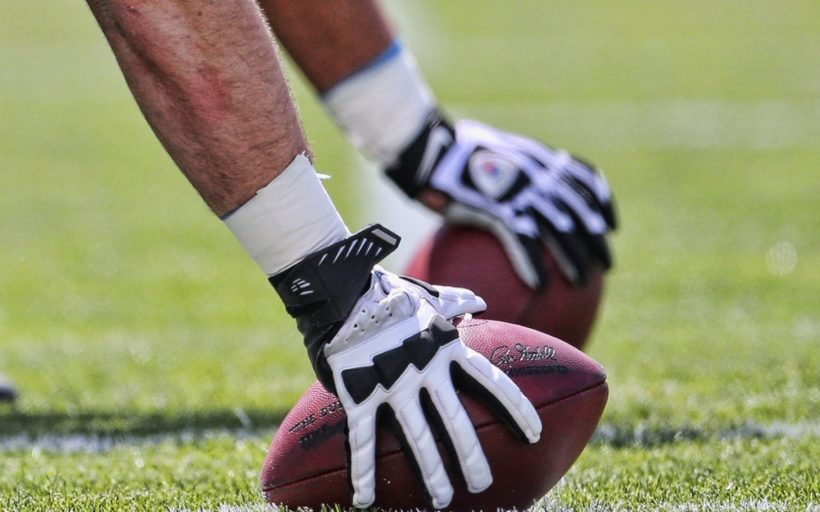 (by Ariel Zilber, UK Daily Mail) – Retired football stars are suing the National Football League in federal court over claims that all 32 teams and their medical staffs administered powerful prescription drugs each season in a desperate bid to keep them on the field.

The lawsuit was filed in US District Court in northern California by a group representing over 1,800 former professional NFL players, according to The Washington Post.

The players claim that they are suffering from long-term organ damage as well as other health maladies that they believe stem from the haphazard manner in which team physicians plied them with painkillers and anti-inflammatory medication.

They allege that the NFL failed to comply with federal laws that regulate the administration of the drugs by team medics.

The Post report, which was based on unsealed documents from the lawsuit, claims that team doctors “testified that they violated one or more” federal laws “while serving in their capacity as team doctor.”

One prominent team doctor, Anthony Yates of the Pittsburgh Steelers’ medical staff, is a former president of the NFL Physicians Society.

Yates testified in a deposition that “a majority of clubs as of 2010 had trainers controlling and handling prescription medications and controlled substances when they should not have.”

The players allege that the NFL teams and the league itself were made aware of violations of the law, but either were slow to respond or turned a blind eye, according to the Post.

The lawsuit cites an email written by the head trainer of the Cincinnati Bengals, Paul Sparling, in August 2009.

“Can you have your office fax a copy of your DEA certificate to me? I need it for my records when the NFL ‘pill counters’ come to see if we are doing things right. Don’t worry, I’m pretty good at keeping them off the trail!” he wrote.

The players claim that the teams’ medical staffs displayed a cavalier attitude in prescribing the drugs.

According to court filings, NFL team doctors prescribed at least 5,777 doses of non-steroidal anti-inflammatory [NSAID] drugs as well as 2,213 doses of controlled medications in 2012 alone.

That averages out to approximately six or seven pain pills or injections per player per week over the course of a typical NFL season – an astounding number, according to sports medicine experts.

While it is difficult to gauge the extent of alleged abuses given that it is hard to know the exact dosage given to players, the potency of the painkillers and their vulnerability to addiction, like Vicodin, is cause for alarm.

The lawsuit alleges that NFL teams pressured their medical staffs to inject their players with painkillers for competitive reasons.

The NFL has denied the allegations contained in the lawsuit. A spokesperson says that the league will fight the claims in court.

“The NFL clubs and their medical staffs are all in compliance with the Controlled Substances Act,” NFL spokesperson Brian McCarthy told the Post.

“The NFL clubs and their medical staffs continue to put the health and safety of our players first, providing all NFL players with the highest quality medical care. Any claim or suggestion to the contrary is simply wrong.”

Reprinted here for educational purposes only. May not be reproduced on other websites without permission from the UK Daily Mail.

2. What allegations do the former players from all 32 NFL teams make in their lawsuit?

3. What damage did this cause players, according to the lawsuit?

4. a) Who is Anthony Yates – what are his qualifications?
b) What did Dr. Yates testify to in his deposition?

5. What did the head trainer for the Cincinnati Bengals write in an email that was submitted as evidence to back up the allegations made in the lawsuit?

6. What information about the amount of doses prescribed by team doctors was submitted as evidence?

7. How has the NFL responded to the allegations made in the lawsuit?

When asked his opinion, Arthur Caplan, director of the Division of Medical Ethics at New York University’s Langone Medical Center said, “It sounds like an incredible amount of intervention with some pretty risky drugs, some of which, in the case of Vicodin, have a high addiction potential. It makes you think, are the physicians looking out for the health of the players, or are they just trying to keep them on the field?”

Drug experts who reviewed the data for The Post cautioned that a thorough understanding of the league’s use of pain medication is limited without knowing the exact dosages, types of controlled substances administered and whether all the players on a team were consuming the medications or whether a smaller number accounted for a larger percentage of the drug use.