A miracle in disguise 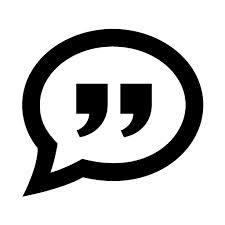 “The terror attack saved my life.”

An Israeli man wounded in a stabbing attack in Rishon Lezion last week said the potentially deadly assault actually ended up saving his life: When Daniel Cohen was taken to a hospital with stab wounds to upper body, doctors discovered what could have been a life-threatening tumor in his intestines.

Cohen, 31, recounted the events of the November 2 attack — in which two other people, including an 80-year-old woman, were also wounded — during an interview on Wednesday.

“I was in the middle of a work day,” Cohen, a kashrut supervisor, said. “I was in the central bus station… I waited for the bus and did not see anything suspicious. Then I walked a few steps and suddenly the attacker lunged at me and strangled me.

“I felt like my neck was going to snap. He took out a knife and tried to behead me. I tried to move him with my hand and then he tried to stab me in the neck. I moved my head so he hit my jaw, near the ear. He pushed me to the floor and stabbed along my left side, in my chest, in my stomach and in my shoulder,” the father of five recounted.

“When Magen David Adom paramedics arrived I was still conscious but when I got to Assaf Harofeh Hospital they put me under. I went into a four-hour surgery. It went well, they took out my spleen and a bit of my liver. My intestines were damaged. As they were treating these organs, they found a growth on my intestine that I didn’t know I had. They cut it out and sewed what they needed to,” he added.

“Thank God, I am now in good condition a week later,” he said. “They said they found the tumor when they were operating. If they wouldn’t have removed it, it could have gotten worse.”

Cohen said that he felt pains in his intestines for several weeks prior to the incident but didn’t have time to “deal with it.”

“The terror attack saved my life,” he maintained.

The attack last week was noted for its location, in central Israel, and for the wounding of Rachel Eisenkot, 80, whose stabbing was caught on security footage, causing outrage when it emerged that most passersby chased after the Palestinian attacker, jumping over the wounded woman lying on the street. (from Times of Israel)