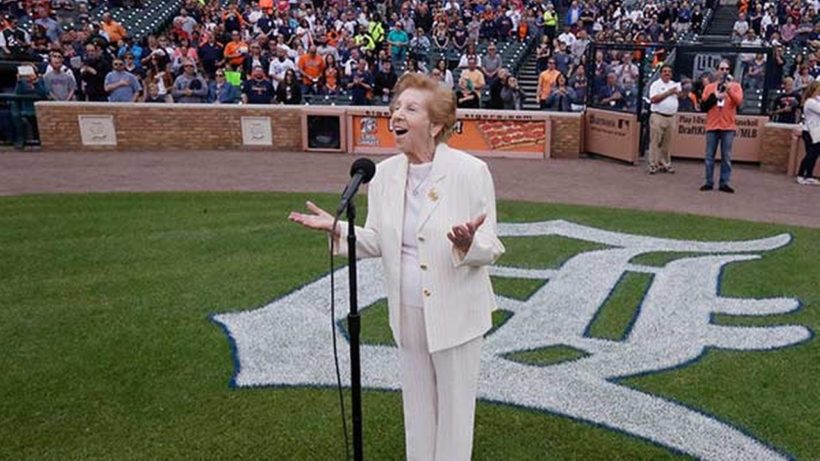 “I love the song itself. I love it. I love to sing God Bless America also. It lifts me up.”

Hermina Hirsch, an 89-year-old Holocaust survivor who has fulfilled her longtime wish to sing the national anthem at a Major League Baseball game. Mrs. Hirsch sang Saturday at Comerica Park in Detroit before the Tigers played Tampa Bay.

The Czechoslovakia native lives in Southfield, Michigan. She was 17 when her family was split up and sent to concentration camps in 1944. According to her granddaughter, Andrea Hirsch, Hermina Hirsch and her older sister were shuffled between five concentration camps, including Auschwitz. She was liberated in January 1945.

Her granddaughter Andrea said of her grandmother’s fondness for the Star Spangled Banner, “It’s one of her favorite songs just because she’s so patriotic. Just because of everything she’s been through.”