Why Professors Object to Being Recorded

Posted on February 23, 2017 in Thursday's Editorial 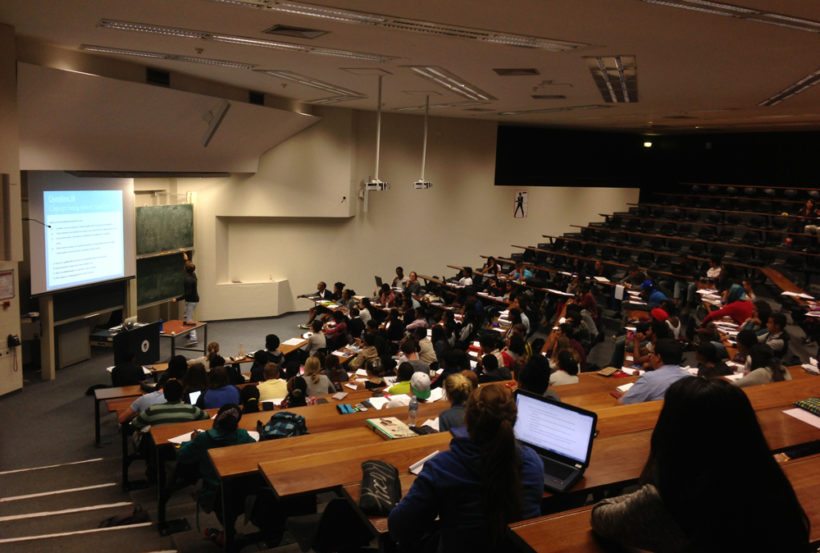 (by Dennis Prager, National Review) – … The American Association of University Professors has long opposed unauthorized recording and public posting of what professors say in classrooms.

As it happens, I taught for two years at Brooklyn College. I recall students asking me whether they could record my lectures. And I remember thinking, “Why on earth would I say no?”

I wanted whatever I said in a classroom to be heard by more than 50 people. “Who wouldn’t?” I wondered.

Here, then, is my theory as to why most professors who object to their class lectures’ being recorded do so: They fear having what they say exposed to the general public.

Our colleges and universities (and an increasing number of high schools and elementary schools) have been transformed from educational institutions into indoctrination institutions. With the left-wing takeover of universities, their primary aim has become graduating as many leftists as possible.

Thus, in the “social sciences” — disciplines outside the natural sciences and math — a large number of college teachers inject their politics into their classrooms. And if they are recorded, the general public will become aware of just how politicized their classroom lectures are.

But there is another reason.

Most professors objecting to being recorded know on some level that they are persuasive only when their audience is composed largely of very young people just out of high school. They know that if their ideas are exposed to adults, they may be revealed as intellectual lightweights.

Students therefore need to understand that when professors object to being recorded, it is a statement of contempt for them. The professors are, in effect, saying to their students: “Listen. I can get away with this intellectually shallow, emotion-based propaganda when you are the only people who actually hear it. You aren’t wise enough to perceive it as such. But if people over 21 years of age hear it, I’m toast.”

All rules governing the recording of conversations without permission should apply to a professor meeting privately with a student.

But when professors stand in front of a class, they are in the public domain. Moreover, the public pays at least part of these professors’ salaries at virtually every university. We therefore have a right, and even a duty, to know what professors say publicly in classrooms.

Any professor who is not ashamed of what he or she is saying in class should welcome being recorded.

And any student taking a class with a professor who objects to being recorded should know that this objection is almost always equivalent to the professor saying: “I want you to hear what I say in class because I’m quite confident that you can’t differentiate between instruction and indoctrination. But if what I say goes public, people who do know the difference will expose me as a propagandist.”

— Dennis Prager is a nationally syndicated radio talk-show host and columnist. His latest book, The Ten Commandments: Still the Best Moral Code, was published by Regnery. He is the founder of Prager University and may be contacted at dennisprager.com.

Published February 21, 2017 at nationalreview .com. Reprinted here February 23, 2017 for educational purposes only. May not be reproduced on other websites without permission from Dennis Prager at dennisprager.com.

1.  What is the main idea of Mr. Prager’s commentary?

2.  The purpose of an editorial/commentary is to explain, persuade, warn, criticize, entertain, praise or answer. What do you think is the purpose of Dennis Prager’s editorial? Explain your answer.

3.  Tone is the attitude a writer takes towards his/her subject: the tone can be serious, humorous, sarcastic, ironic, inspiring, solemn, objective, cynical, optimistic, critical, enthusiastic…etc.  Which word do you think best describes the tone of Mr. Prager’s commentary?  Explain your answer.

CHALLENGE QUESTION: Ask a parent (or older sibling who is attending/has attended college): Please read the following assertions made by Mr. Prager and for each, explain whether you agree or disagree. Please explain your answers.