‘We Must Think Big and Dream Even Bigger’

Posted on January 26, 2017 in Thursday's Editorial 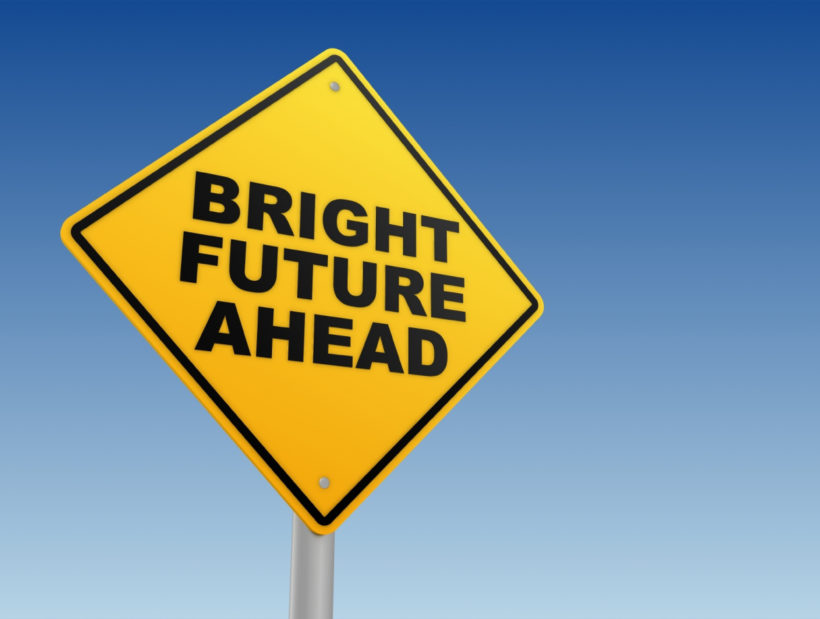 (by Larry Kudlow, Townhall) – In all the media back and forth over President Donald Trump’s inaugural speech, most have missed a central point: His address was infused with a wonderful sense of optimism.

Toward the end of his speech, Trump said, “We must think big and dream even bigger.” To understand Trump and his message on Inauguration Day is to appreciate the importance of that sentence.

He then added: “The time for empty talk is over. Now arrives the hour of action. Do not let anyone tell you it cannot be done. No challenge can match the heart and fight and spirit of America. We will not fail. Our country will thrive and prosper again.”

All the media’s talk about the so-called dark nature of the speech completely obscured these crucial lines.

I don’t know about you, folks, but I am tired of all this talk of permanent American decline, secular stagnation, a new normal that dooms us to slow growth, falling living standards, weak middle-class wages and all the rest.

You hear it enough that you could almost come to believe it.

Trump was a change candidate who blasted away at the establishment’s failures at the expense of ordinary Main Street folk. And he successfully ran with the simple idea that things can be fixed. And he brought that optimism to his inaugural address.

As he said: “Now arrives the hour of action. Do not let anyone tell you it cannot be done.”

Decades ago, when Reagan was elected president, the intellectual consensus was that high inflation, high unemployment and American decline could not be changed. The idea was that the country was ungovernable.

But Reagan put an end to that. He did it with a clear set of easy-to-understand policies to fix the economy and restore American leadership abroad. And he guided that plan into place with his quintessential optimism.

Trump and Reagan are very different people. And Trump’s governing style will be nothing like Reagan’s. But the underlying principle of optimism is the same.

“Finally, we must think big and dream even bigger,” he said. How quintessentially American is that? Can we return to being the proverbial City Upon a Hill? Yes, we can.

For these reasons I believe President Trump has the potential to be a transformational figure. And he is moving fast. His actions and energy in just the first couple of days have been remarkable.

Everywhere he repeats the theme of economic growth with lower taxes and fewer burdensome regulations. The war on business is over. We will reward success, not punish it.

He talks bilateral trade deals that can be enforced. He is freezing federal hiring, proposing to cut government spending $10.5 trillion over 10 years, doing away with Obamacare mandates, getting the Keystone XL and Dakota Access pipelines in place, welcoming a constant flow of visitors from businesses and unions and taking calls from foreign heads of state.

He has set up a meeting with British Prime Minister Theresa May, moving a U.S.-Britain free-trade agreement from the back of the queue to the front.

He is making it clear that he will seek border security, replace catch-and-release with catch-and-deport, institute skills-based legal immigration (rather than family-based), deport criminal illegals and end sanctuary cities.

Following up on his inaugural pledge to eradicate the Islamic State group — to “unite the civilized world against radical Islamic terrorism, which we will eradicate completely from the face of the Earth,” as he said — he is calling for a military strategy memo from the joint chiefs and backing an allied coalition of ground forces to take the IS stronghold in Raqqa, Syria.

There will be no more containment of IS, but rather the eradication of IS. We have wanted to hear this for years. Trump said it, and he means it.

Finally, conservative journalists are recognized at the beginning of press conferences; Cabinet nominees are getting through confirmation; and Republicans on the Hill are finding they can work with the new president.

In all this — from strength at home to strength abroad — Trump is moving at warp speed. And he is keeping to his inaugural pledge that “Every decision on trade, on taxes, on immigration, on foreign affairs will be made to benefit American workers and American families.”

This is what he ran on. Thankfully, he is not about to change. And that’s why he has the potential for greatness.

Right now, I truly wish folks would help him, not seek to harm him. Give him a chance.

We must think big and dream even bigger.

Larry Kudlow is a conservative commentator, economic analyst, television personality, and newspaper columnist. He was the host of CNBC’s The Kudlow Report from 2009 to 2014. As a syndicated columnist, his articles appear in numerous U.S. newspapers and web sites.

Originally published January 25, 2017.  Reprinted here on January 26, for educational purposes only. May not be reproduced on other websites without permission from Townhall.

2.  Tone is the attitude a writer takes towards his subject: the tone can be serious, humorous, sarcastic, ironic, inspiring, solemn, objective, cynical, optimistic, encouraging, critical, enthusiastic…  Which word do you think best describes the tone of Mr. Kudlow’s commentary?  Explain your answer.

3.  a) What do you think about Mr. Kudlow’s assertions?  Is he is he accurate or is he completely off-base? Explain your answer.
b) Ask a parent the same question.
Note: Donald Trump’s election has made half the country very hopeful for the future, but left part of the other half upset and/or angry. While you might not feel strongly about the election, others around you might take a strong position on one side or the other. Learn to logically defend your position, and politely respect your neighbor’s point of view. And if your neighbor gets argumentative with you, remind each other that both sides need to be tolerant of the other’s point of view. Sometimes it’s better to agree to disagree and avoid that topic if too emotional.