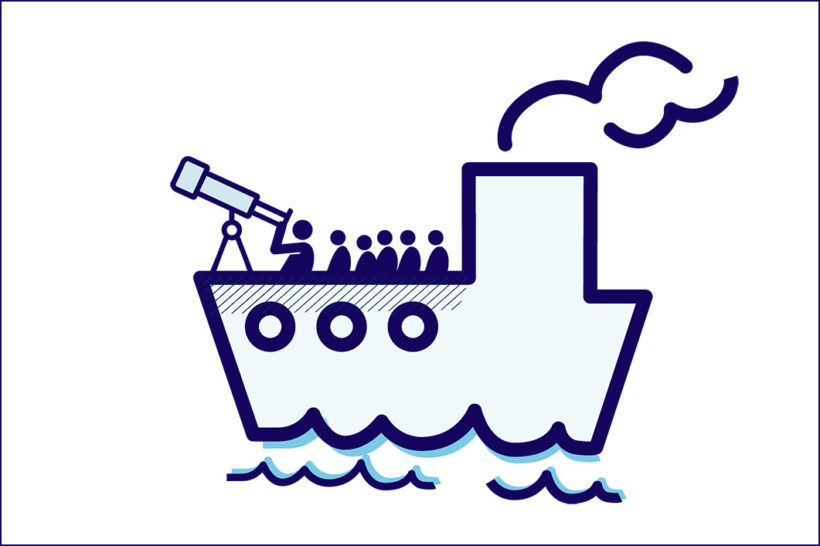 (by Victor Davis Hanson, RealClearPolitics) — The ancient Greeks believed that true leadership in crisis came down to what they called pronoia — the Greek word for “strategic foresight.”

Some statesman, such as Pericles and Themistocles, had it. Most others, such as the often brilliant and charismatic but impulsive Alcibiades, usually did not.

“Foresight” in crisis means sizing up a nation’s assets and debits, then maximizing advantages and minimizing liabilities. The leader with foresight, especially in times of irrational despair, then charts a rational pathway victory.

Such crisis leaders do not fall into panic and depression when the media shouts “Catastrophe!” Nor do they preen when the same chorus screams “Genius!” in times of success.

The English poet Rudyard Kipling would have defined such a gift as, “If you can keep your head when all about you/Are losing theirs and blaming it on you,” or, “If you can meet with Triumph and Disaster/And treat those two impostors just the same.”

Some American military leaders — such as Gens. George Patton, William Tecumseh Sherman and Curtis LeMay — sounded as scary in times of peace as they did in times of war. The traits ensuring that peacetime life stays predictable are not always the same as those required to return it to predictability when times turn utterly terrifying.

During the Civil War, Abraham Lincoln knew the overwhelming advantages of the Union could eventually defeat the South, but only if he could hold the nation together through disasters such as the battles of Bull Run and Chancellorsville, and only once he found brilliant generals such as Sherman and Ulysses S. Grant.

In World War II, Winston Churchill proved perhaps the most impressive wartime leader in history. During Britain’s darkest hours of nonstop German bombing of London, he knew that declining British assets were still greater than an ascendant Germany’s advantages. Eventually, despite razor-thin margins of error, these assets would ensure victory.

Churchill was assured that Britain had a great navy and Germany did not. Britain would soon have as allies America and Russia, both far stronger than German partners Italy and Japan.

Churchill foresaw that the economies of those future allies would be far superior to those of the Axis. And Churchill grasped all this even as defeat loomed and some in his own party were calling for him to negotiate with Adolf Hitler.

Franklin D. Roosevelt likewise had foresight. In the nightmarish days after Pearl Harbor, FDR calmly unleashed private enterprise to rearm America at what he knew would be an astonishing rate.

Roosevelt promised victory not because he knew it would be quick, but because he calculated that if he just made the right choices, the ensuing advantages of the U.S. world surely ensure victory.

Even in the first bleak days of the war, FDR kept reminding the nation why and how America would win. That confidence was not based on fantasies but on rational calculation and justified optimism.

In the present crisis of the coronavirus, what will determine the effectiveness of President Trump’s leadership is not what the media screams today or the polls say tomorrow. The praise of his supporters or the predictable damnation of his enemies won’t matter.

Rather, Trump will win or lose on whether he has strategic foresight. If he panics and keeps the country locked down for too long, we will go into depression that will cost more lives than the virus. But if Trump prematurely declares victory and urges Americans to rush back to normal life, he may reboot the virus and reignite another cycle of panic.

Instead, Trump will have to possess the confidence to see how the world’s greatest economy, greatest medical talent, greatest military and greatest energy and food production can all be marshaled in a symphonic fashion. That correct formula could fend off a potentially biblical plague without destroying the largest economy in history.

If Trump exhibits such cunning and wisdom, then he can balance the consensus of his medical experts that the virus is existentially dangerous with the warnings of his economic advisers that shutting down a multitrillion economy can become even more ruinous — and lethal — for Americans.

Like Churchill, Trump must have the right information but also the instincts to determine which expert advice is suspect and which is inspired, and which orthodox recommendation is wrong and which unorthodox alternative is right.

Do that, and Trump can defeat the virus, save the economy and turn a disaster into a collective American victory over both infection and depression.

Such foresight can also remind the nation never again to outsource key industries to China, and not to listen to those who always predict catastrophe in bleak times, only to later take credit for others’ victories.

Victor Davis Hanson is the Martin and Illie Anderson Senior Fellow at the Hoover Institution. You can reach him by e-mailing author@victorhanson.com.

Published March 26, 2020 at Forbes .com. Reprinted here for educational purposes only. May not be reproduced on other websites without permission from Real Clear Politics.

1. The purpose of an editorial/commentary is to explain, persuade, warn, criticize, entertain, praise or answer. What do you think is the purpose of Mr. Hanson’s editorial? Explain your answer.

3. What is the main idea of Victor Davis Hanson’s commentary?

4. How does this commentary encourage you?