The wisdom of Walter Williams: Judges and the constitution

Posted on September 6, 2018 in Thursday's Editorial 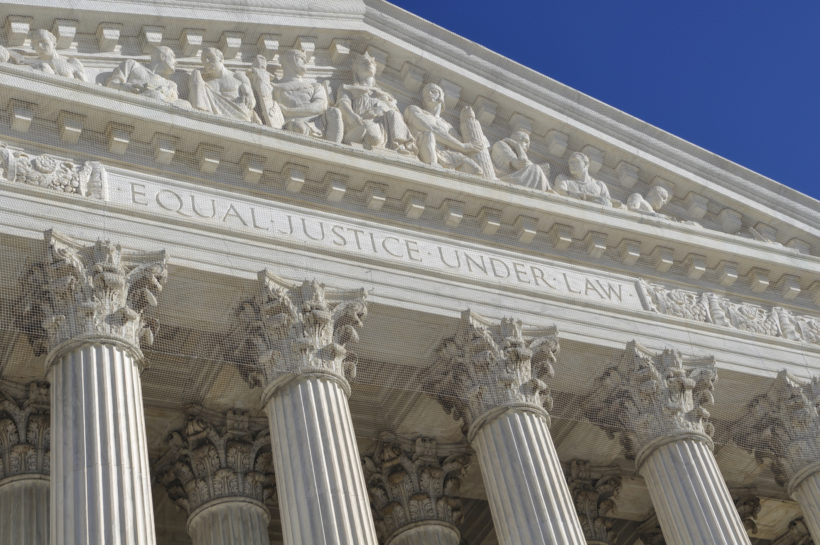 (by Walter E. Williams) – Justice Anthony Kennedy’s retirement, leading to President Donald Trump’s nomination of Brett Kavanaugh to the Supreme Court, has thrown progressives, the Democratic Party and the news media into an out-and-out tizzy. The online magazine Slate declared, “Anthony Kennedy Just Destroyed His Legacy as a Gay Rights Hero.” The New York Times’ editorial board said about a second Trump court appointment, “It is a dark moment in the history of the court and the nation, and it’s about to get a lot darker.”

It’s indeed a “dark moment” for those who’ve for decades used the courts to accomplish what would have been impossible through federal and state legislatures — such as same-sex marriage, abortion and preferences with regard to race and sex. With this Supreme Court pick — and possibly another during his term — President Trump can return us to the Framers’ vision of the judiciary — a vision that’s held in contempt by many liberals and conservatives.

The U.S. Constitution represents our “rules of the game.” Supreme Court justices should be seen as umpires or referees, whose job is to enforce neutral rules. I’ll give a somewhat trivial example of neutral rules from my youth; let’s call it Mom’s Rule. On occasion, my sister and I would have lunch in my mother’s absence. She’d ask either me or my younger sister to divide a last piece of cake or pie. More often than not, an argument would ensue about the fairness of the cut. Those arguments ended when Mom came up with a rule: Whoever cuts the cake lets the other take the first piece. As if by magic or divine intervention, fairness emerged, and arguments ended. No matter who did the cutting, there was an even division.

That’s the kind of rule we need for our society — the kind whereby you’d be OK even if your worst enemy were in charge. By creating and enforcing neutral rules, we minimize conflict. Consider one area of ruthless competition where that’s demonstrated — sports. The 52nd Super Bowl featured the Philadelphia Eagles and the New England Patriots. A lot was at stake. Each player on the winning team would earn $112,000; losers would get half that. Plus, each winner would get a Super Bowl ring that might cost as much as $40,000.

Despite a bitterly fought contest and all that was at stake, the game ended peaceably, and winners and losers were civil to one another. How is it that players with conflicting interests can play a game, agree with the outcome and walk away as good sports? It’s a miracle of sorts. That “miracle” is that it is far easier to reach agreement about the game’s rules than the game’s outcome. The rules are known and durable. The referee’s only job is evenhanded enforcement of those rules.

Suppose football’s rules were “living” and the referee and other officials played a role in determining them. The officials could adjust the applications of the rules. Suppose the officials were more interested in the pursuit of what they saw as football justice than they were in the unbiased enforcement of neutral rules. In the case of Super Bowl LII, officials might have considered it unfair that the Eagles had never won a Super Bowl and the Patriots had won five.

If officials could determine game rules, team owners, instead of trying to raise team productivity, would spend resources lobbying or bribing officials. The returns from raising team productivity would be reduced. Also, I doubt that the games would end amicably. The players probably wouldn’t walk off the field peaceably, shaking hands and sharing hugs, as they do now.

We should demand that Supreme Court justices act as referees and enforce the U.S. Constitution. If they don’t and play favorites with different groups of Americans, as we’ve seen, the potential for conflict among the American people is enhanced. Who is appointed to the high court becomes the all-consuming issue. The question is not whether a justice would uphold and defend the Constitution but whether he would rig the game to benefit one American or another.

First published July 28, 2018.  Reprinted here September 6, 2018 for educational purposes only.  For a brief bio and more articles by Walter E. Williams, go to:  econfaculty.gmu.edu or visit his Twitter page @WE_Williams

2.  What is the main idea of Walter Williams’ commentary?

3. Re-read the last paragraph. What recommendation does Dr. Williams make? Do you agree or disagree with his recommendation? Explain your answer.