The bigger picture behind the refugee crisis

Posted on October 1, 2015 in Thursday's Editorial 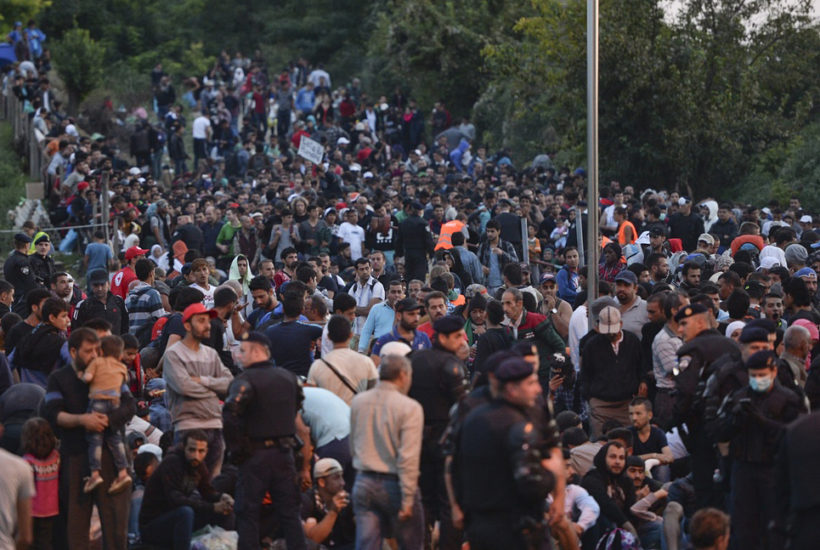 (by Michael Goodwin, NY Post) – …Millions, perhaps tens of millions, of destitute and desperate people want out of Syria, Libya, Afghanistan and other hellholes of the Middle East and North Africa. There is no visible end to the humanitarian crisis historians are calling the world’s worst since World War II, and the comparisons don’t end there.

Then and now, the waves of misery have a common root. This is what happens when genocidal maniacs are appeased and the West fails to confront them.

The global order that held since Hitler was defeated is disintegrating before our eyes. Borders are erased and entire populations are put to the sword or forced to flee the new tyrannical monsters.

This metastasizing catastrophe is not the result of famine or drought or disease. It is man-made and should have been ­prevented.

But that would have required leaders with the moral conviction of Roosevelt and Churchill. ­Instead, America and Great Britain are led by frat boys.

Barack Obama and British Prime Minister David Cameron indulged themselves in the delusion that human nature had magically changed and the world would take care of itself while they gutted the arsenals of ­democracy.

History will record their fecklessness, and that of France, Germany and the other once-great powers. That is, unless history ­itself is erased by the madmen of Islamic State.

Not content to slaughter those they deem infidels and apostates, the [terrorists] are cleansing Syria and Iraq of its ancient temples and artifacts. They aim to control the past as well as the future.

They are deadly serious about their purpose, and so they are winning. We hem and haw, meet, talk and propose, while they act.

They are not the only malevolent forces on the march. Vladimir Putin, after gobbling up chunks of Ukraine without paying a serious price, is establishing a military presence in Syria.

That makes Russia a working partner with Iran, Syria’s biggest benefactor, and creates a new axis of evil in a region already the most dangerous on the planet.

China, too, is aggressively flexing its might. An unusual military parade in Beijing came as five Chinese warships were spotted off Alaska, within 12 nautical miles of the coast, the Pentagon told The Wall Street Journal. It reported that a Chinese official said the ships entered the Bering Sea after a joint military exercise with Russia. …

The Chinese, the Russians, the Iranians – they, too, are serious people. Each has taken the measure of Obama, and now they are taking liberties.

They would be foolish not to. As the calendar moves toward the end of Obama’s tenure, those who wish us ill move faster to claim their trophies, knowing they will face no resistance.

As a result, the president who declared, “I was elected to end wars, not start them,” has opened the floodgates to our adversaries. Weakness is his legacy.

Obama has been a gift to the worst of the world, topped by his surrender to Iran. He and the quislings masquerading as the leaders of Europe see no evil as Iran spreads its tentacles. Sooner, on their own, or later, with America’s blessing, the mullahs will have their doomsday weapon.

Lenin supposedly boasted that “the capitalists will sell us the rope with which we will hang them.”

Actually, we didn’t sell our enemies anything. We gave it to them.

Published September 5, 2015 at The New York Post. Reprinted here for educational purposes only.

2.  Tone is the attitude a writer takes towards his subject: the tone can be serious, humorous, sarcastic, ironic, inspiring, solemn, objective, cynical, optimistic, encouraging, critical, enthusiastic…  Which word do you think best describes the tone of Mr. Goodwin’s commentary?  Explain your answer.

3.  a) What do you think about Mr. Goodwin’s assertions?  Is he too harsh, is he accurate, is he completely off-base?
b) Ask a parent the same question.